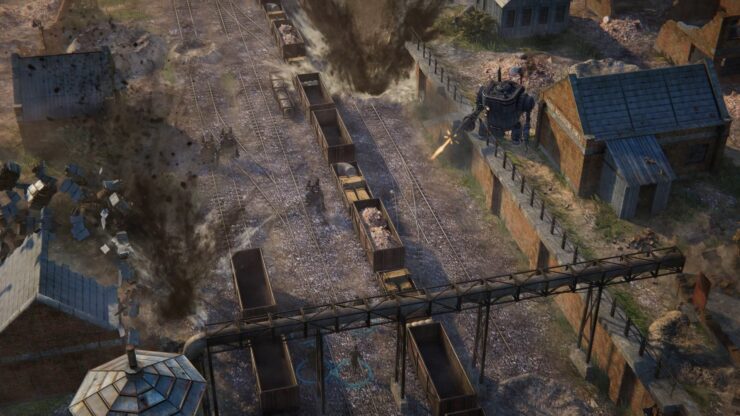 KING Art Games is making progress on Iron Harvest, the real time RTS game set in the alternate 1920+ universe created by Jakub Różalski. While the game won't be ready before 2019, the German studio known for The Book of Unwritten Tales, Battle Worlds: Kronos and most recently The Dwarves has shared a video updated showcasing the impressive destruction physics that will be the gameplay's foundation.

Details on the game are fairly scarce, though the developers confirmed there will be a campaign. They've also already commented on a few tweaks to be made, such as explosions shaking more dirt, vegetation and even the camera to make them feel more intense. A full fledged gameplay video should be available in the next few months, so stay tuned.

1920+ is an alternate version of our own world created by Polish artist Jakub Różalski. In the early 20th century, tradition clashes with progress, and the world is still full of mysteries and secrets.

After World War 1 farmers found a plethora of unexploded ordnance, barbed wire, weapons, shrapnel and bullets while ploughing their fields. They called it the Iron Harvest.

Iron Harvest is a real-time strategy game (RTS) for Playstation 4, Xbox One and PC, set in the alternate reality of 1920+.