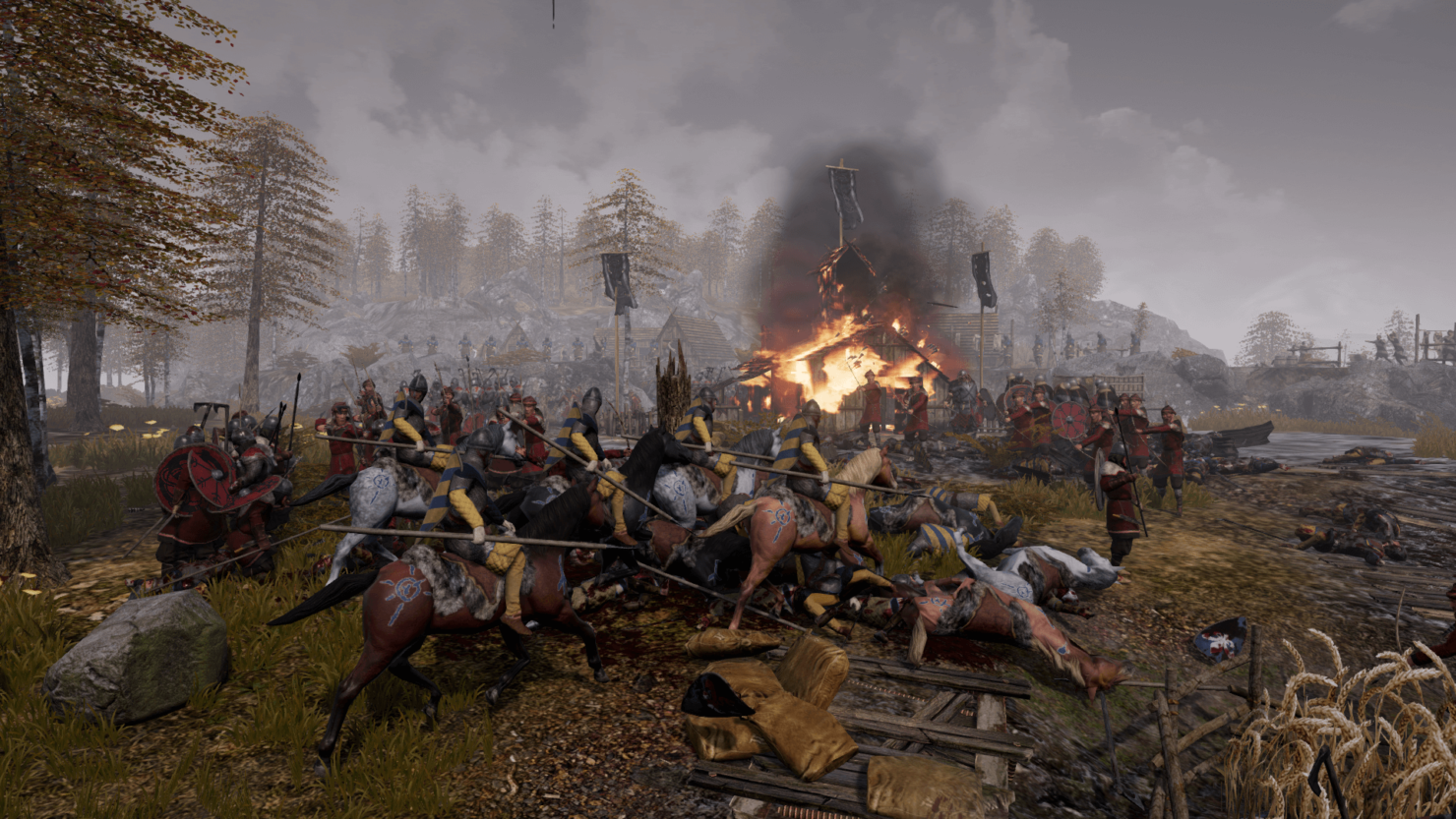 Developer Destructive Creations, the team behind the controversial Hatred, and publisher 1C have released today a brand new trailer for the upcoming real-time strategy game Ancestors.

The new trailer, which can be found right below, features footage from the current PC build. As seen in the footage, Ancestors mixes the classic top-down view of RTS games with an action cam that brings players in the thick of the action. The team put a lot of care in creating combat animations, which will change depending on the unit type, carried weapon and opponent

Ancestors is being created with Unreal Engine 4 and it will feature an extensive single player campaign, various multiplayer modes and more.

Take command of your army as you storm through medieval Europe in an extensive series of campaigns. Choosing one of the four available nations – Viking, Anglo-Saxon, German, Slav – you will be tasked with more than just conquering, raiding and pillaging enemy camps, villages and towns. Only by utilizing the full range of available tactical options, taking strategic advantage of the environment, and managing your temporary bases and settlements, will you emerge victorious.

Ancestors is a historically accurate real-time strategy game influenced by historical events in the Middle Ages. The game combines resource management and base building with large-scale, squad-based battles across vast battlefields, all rendered in great detail thanks to the Unreal Engine 4 tech. Experience medieval bloodshed like never before, thanks to the cinematic action camera that puts you right in the middle of the battle at the press of a button.

Ancestors launches sometime next year on PC and Xbox One.

Ancestors Legacy Launching on May 22 with Native 4K on Xbox One X; Crossplay Being Considered