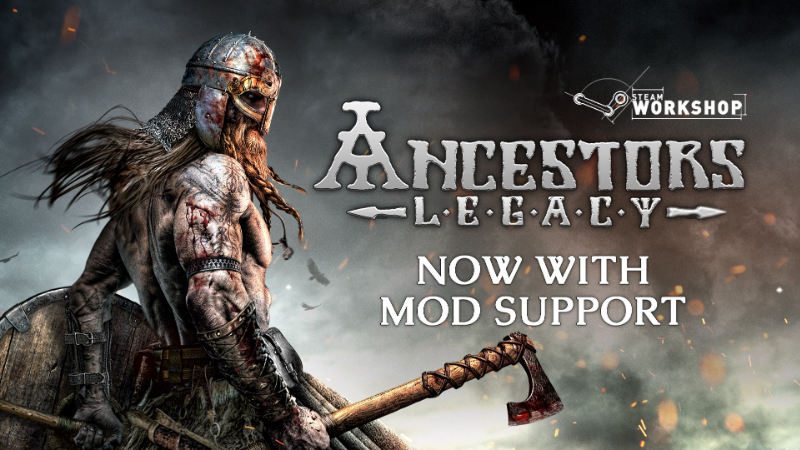 So Ancestors Legacy is a game I actually like. Spoiler, I've got a review of the game (The PlayStation 4 version) that will go live on Sunday as part of my 'older titles/not reviewed on release' reviews and I've given it a score better than I've given some other games, but not more than others. Okay, I liked it. I know, what a spoiler!

We've also covered in the past about the game getting new DLC, such as Saladin's Conquest, but what is always a good topic is when a game gets a completely free, sizable, update as well as a deep discount, making it worth pointing out to players and also pointing out that this is the time they should be jumping in. By the way, now's the time to jump in, because Ancestors Legacy is 66% off for the next 25 hours at the time of writing.

So, while my review of the console version is coming out very shortly, this piece of news is specifically influencing the PC version - a version that is superior to that of the console. It's a strategy game, it's going to be superior on PC's. The recent piece of news on Ancestors Legacy is the inclusion of modding support on Steam, as mentioned in the game's Steam page.

The day you’ve all been waiting for has arrived. Steam Mod Support is finally here! We know it took a while, but we really wanted to provide you with something special and truly big in terms of what you can create. However, we’re still not done and plan to keep on improving Mod Support. That's why we’re calling this Beta for now. To give you even a bigger reason to get Ancestors Legacy, we are also running a 66 % discount!

With Mod Support, there are many things that you can modify and add to the base game:

Essentially, if it's in the game, you can mod it, something PC players are always happy with and always one of the major selling points for the PC and any game on the PC. Official support from developers only makes this a bigger selling point for a game.