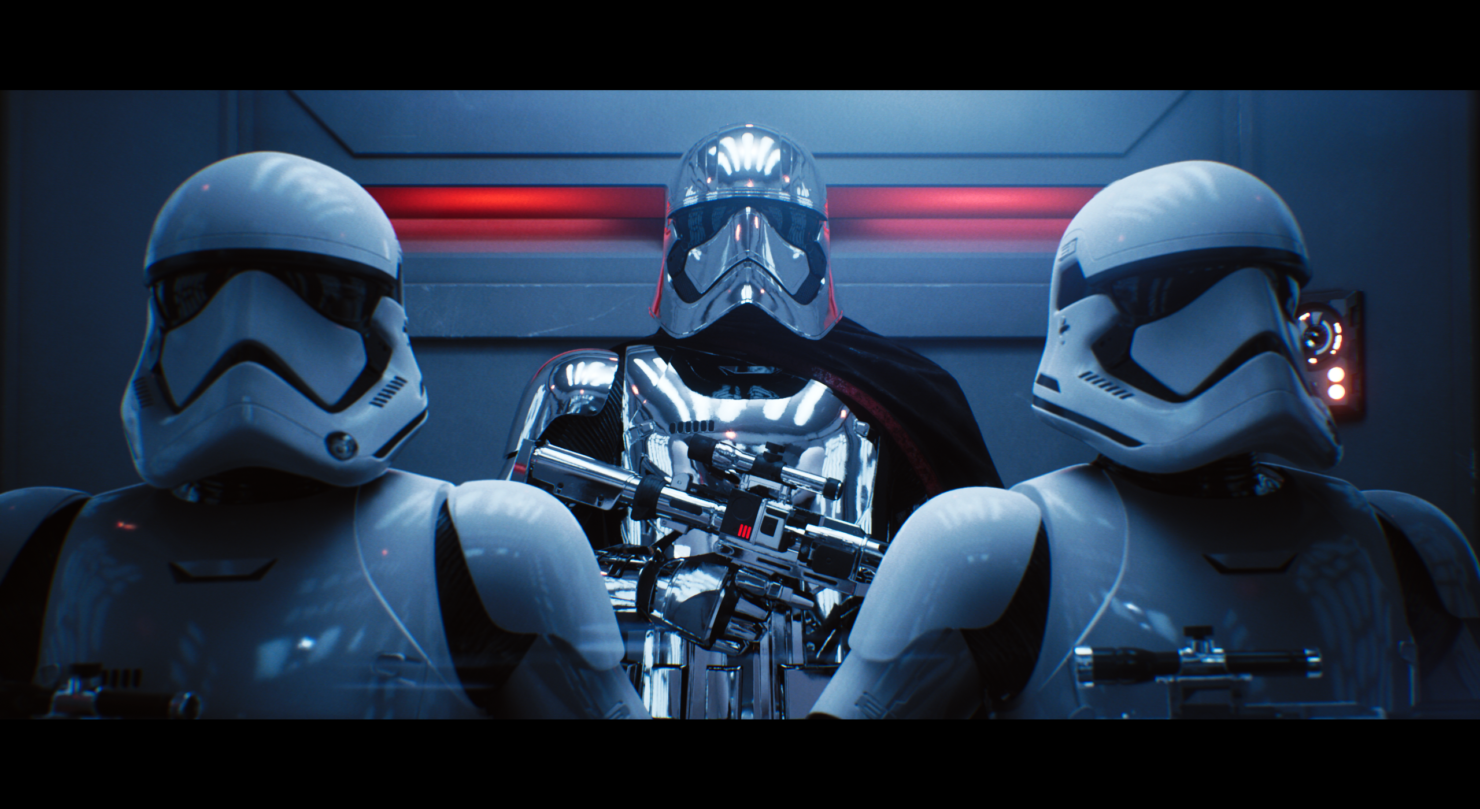 At GDC 2018, Epic Games once again reaffirmed its forefront status as a pioneer of technology innovation in the games industry.

During their State of Unreal Engine presentation, three absolutely impressive demos were showcased as part of the so-called Project Spotlight. The first one is focused on showcasing the incredibly accurate real-time reflections that can be achieved with the newly announced NVIDIA RTX technology for Volta GPUs and Microsoft's DirectX Raytracing API.

Ray tracing is a rendering process typically only associated with high-end offline renderers and hours and hours of computer processing time. Film-quality ray tracing in real time is an Unreal Engine first. This is an exciting new development for the media and entertainment linear content worlds—and any markets that require photorealistic visualization.

At ILMxLAB, our mission is to create real-time rendered immersive experiences that let audiences step into our stories and connect with cinematic universes that look and feel as real as the ones on the movie screen. With the real-time ray-tracing technology that Epic and NVIDIA are pioneering, we are a pivotal step closer to that goal.

As you can see below, the cinematic demo features Star Wars characters such as Captain Phasma and two Stormtroopers. The assets are from the latest Star Wars: The Last Jedi movie, rebuilt in Unreal Engine 4. Technical features in this demo (running on an NVIDIA DGX Station) include ray-traced ambient occlusion, reflections and area light shadows, as well as raytraced denoising via NVIDIA GameWorks.

Epic Games then moved on to show two real-time, human-driven digitally recreated characters, thanks to the partnership with 3Lateral (whose technology was used for Hellblade, Horizon: Zero Dawn, Until Dawn).

The first one shows renown actor Andy Serkis reciting lines from Shakespeare's Macbeth, his performance translated to the fictional digital creature Osiris Black. Epic Games considers this a proof-of-concept achievement, though, meaning that it's unlikely we'll see this kind of high-fidelity capture in actual games soon.

The final tech demo, Siren, is just as striking when you consider how this digital character (based on the likeness of actress Bingjie Jiang) was not only rendered but actually driven in real time by an actress.

This kind of cutting-edge technology is sure to draw even more game developers to Epic's Unreal Engine 4 (as if adoption wasn't already going through the roof).