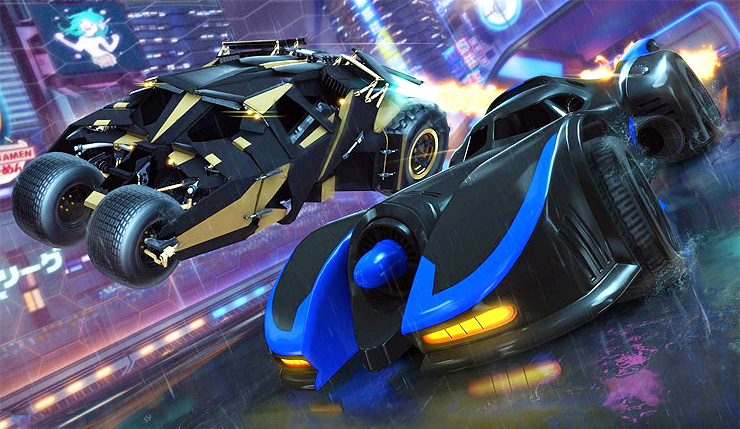 Get ready for a justice infusion Rocket League fans! Next month the popular car soccer game will offer up the new DC Super Heroes DLC Pack, which includes a pair of Batmobiles and a host of other goodies inspired by Justice League members like Wonder Woman, Superman, and Green Lantern. You can check out a trailer for the DLC pack, below.

Our latest licensed DLC brings a league of your favorite superheroes to the Rocket League universe! The DC Super Heroes DLC Pack comes with two of your favorite Gotham City rides -- the classic '89 Batmobile and the roof-cruising The Dark Knight Rises Tumbler made famous in The Dark Knight Trilogy. But we’re bringing more than just the Batmobiles to the game with this DLC pack. Check out the full list of included customization items!

You can check out some of the new Justice League decorations in the gallery, below.

Some pretty nice rides. As a child of the 80s/90s, I’ve always been partial to the original Tim Burton movie Batmobile, and the Wonder Woman and Flash decals are pretty cool. That said, no 60s TV show Batmobile? Don’t get me wrong, I have nothing against the Dark Knight Tumbler, but Adam West’s wheels would be a perfect fit for the goofy world of Rocket League.

Rocket League is available on PC, Mac, Linux, Xbox One, PS4, and Nintendo Switch. The DC Super Heroes DLC Pack launches on all platforms on March 5 and will set you back $4.