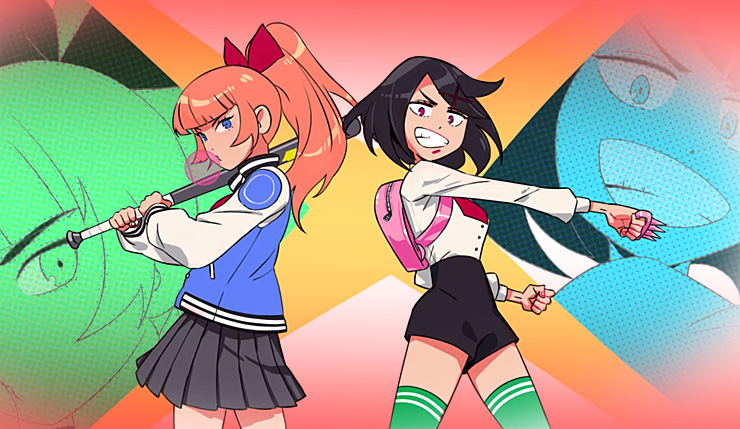 Earlier this month Arc System Works and the retro masters at WayForward announced River City Girls, a new gender-swapped take on the classic series known as Kunio-kun in Japan. The new brawler looked stylish as heck, but the reveal trailer was only about 45-seconds long -- fans needed to see more! How would the game actually play? Well, some gameplay captured at Anime Expo 2019 has made its way online (courtesy of Nintendo Everything) and it looks like River City Girls is shaping up very well indeed. The footage features Japanese text and voiceover, but character dialogue is in English, and really, beat ‘em ups are a universal language. Check out the footage for yourself, below.

The one- or local two-player bare-knuckle brawling is complemented by spectacular 16-bit-style graphics and an epic synth-pop soundtrack (featuring NateWantsToBattle, Chipzel, Christina Vee, and Megan McDuffee!), while the story roars to life via glorious anime cutscenes and manga-style intermissions.