Square Enix and Crystal Dynamics have just announced the third, and final piece of DLC for Rise of the Tomb Raider. The expansion called Cold Darkness Awakened, will release on March 29th for PC and Xbox One. 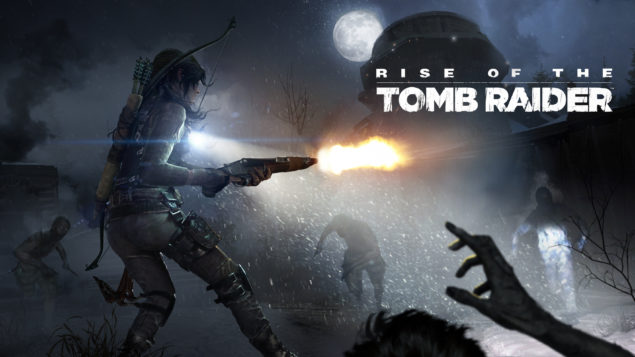 The expansion will cost $ 9.99 when purchased via the Xbox/Windows Store. The game’s final expansion is also included in the Rise of the Tomb Raider Season Pass, which also contains the Endurance Mode and the recently released Baba Yaga: The Temple of the Witch expansion.

Cold Darkness Awakened takes Lara to a decommissioned Cold War research base, which holds a dark past that has been unleashed into the Siberian wilderness. As a deadly affliction spreads, Trinity soldiers transform into bloodthirsty killers who thrive on carnage. Lara must rely on her wits, physical agility, and crafting abilities to overcome this new enemy and shut down the decommissioned base.

“With the power of the new generation, and our proprietary Foundation engine, our high octane action moments will be even more epic. Multiple locations around the world will be filled with exploration spaces that are some of the most beautifully hostile places on earth and over three times larger than we could achieve before,” said Darrell Gallagher, Head of Product Development and Western Studios at Square Enix. “Our digital actors will rival CG quality, and after hearing the cry from our fans loud and clear, we will put the tombs back into Tomb Raider, all in our gritty Survival-Action style.”

A DX12 patch was just released for the PC version of the game. PS4 owners will have to wait a little longer before they can enjoy the great action-adventure.