During Microsoft's Xbox One/Windows 10 gaming showcase in San Francisco last week, Rise of the Tomb Raider was playable for the first time running on DirectX12 (DX12).

It looks like that Nixxes and Crystal Dynamics may be releasing a DX12 patch for Rise pretty soon.

A Rise of the Tomb Raider DX12 option has been accidently found in the game’s latest launcher. 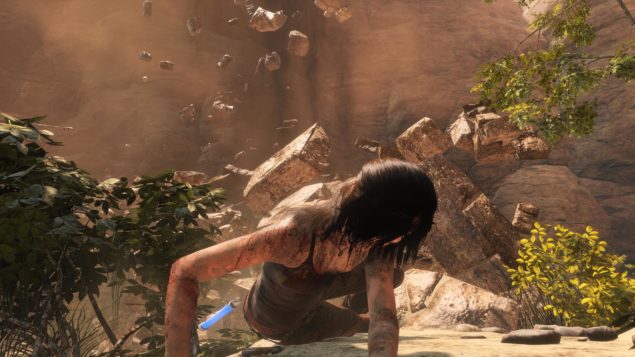 Reddit user Olek claims that he has accidently found a DirectX12 (DX12) option within the launcher of Rise of the Tomb Raider, while playing around with the game files. He included some screenshots of the launcher, which can be found below. A screenshot of the game’s original launcher has been included for reference as well.

Olek clarifies that he achieved his ‘edited’ launcher by replacing the original game executable.

"Monitor" launches the game and it stops working after the developer startup screen.

"Display" opens the official website page for the game.

Since the 1.0 version of Rise of the Tomb Raider, DX12 files have been found within the game directory of the game, and it appears that Nixxes will eventually release a DX12 patch for the game.

Rise of the Tomb recently received a patch that includes several fixes and tweaks that vastly improve the game’s experience.

We have just released the first PC patch for Rise of the Tomb Raider, build 1.0.610.1. This patch focusses on critical issues users ran into immediately following release, as well as minor updates based on user feedback which we could get in quickly.

This patch will be applied by Steam or Windows automatically when you next start the game. If your game does not update, please restart the Steam client or manually look for updates in the Windows Store.

The full patch notes for the patch can be found here.