The card that ZOTAC made is an adorable little guy that promises to pack a punch and be compatible, at least sizewise with 99% of builds on the market.  Coming in at a staggering 6.24in long and 4.54in wide but still taking up the same height of a typical two-slot card the GTX 1650 SUPER Twin Fan is only slightly longer than the vanilla ZOTAC Gaming GeForce GTX 1650 OC, but offers much more in terms of specifications. 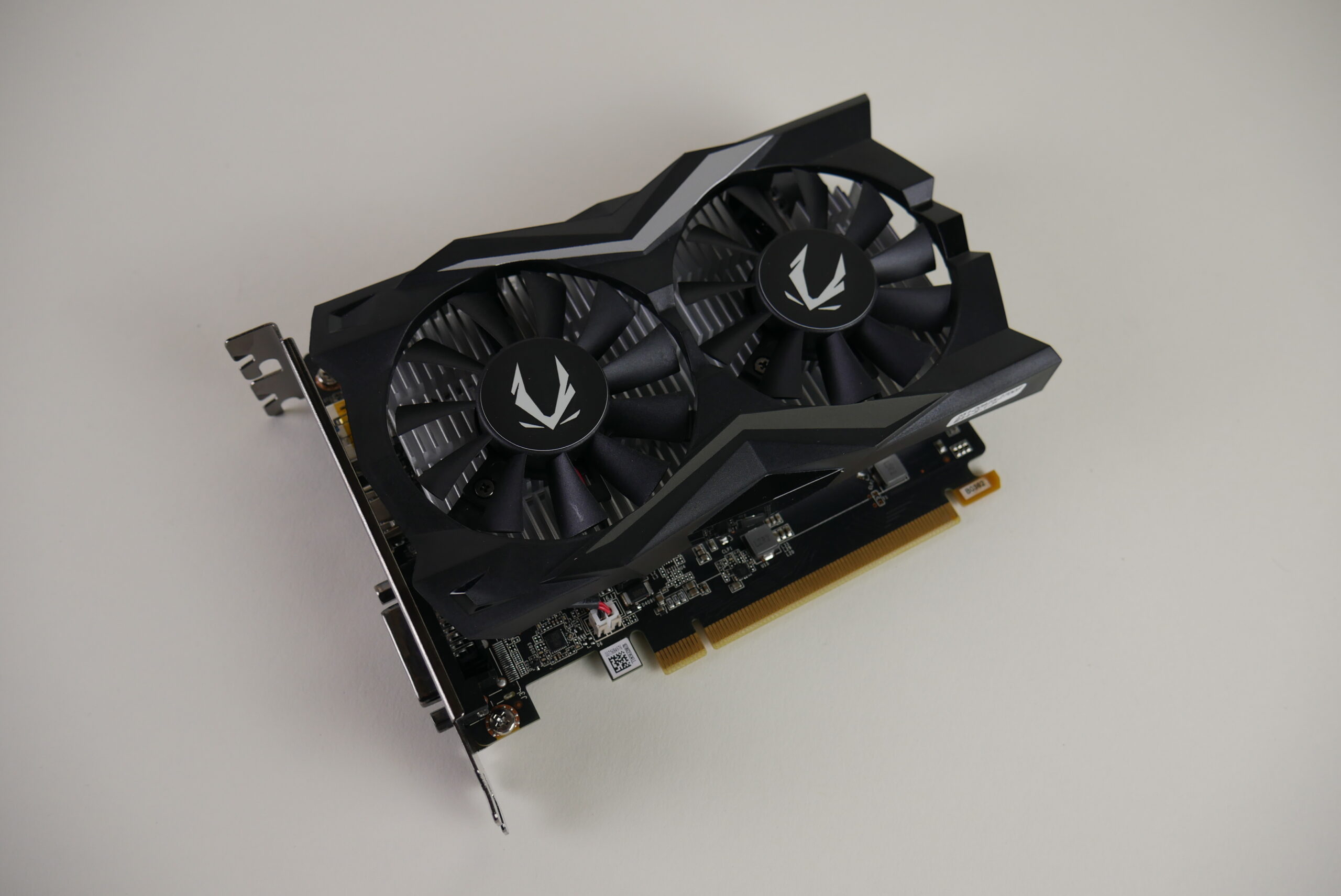 Swinging around the card we see there really isn't a whole lot going on as far as design goes. We have the three video output connections on the rear I/O. Two fans adorn a plastic shroud that covers the all aluminum finned heasink that sits on the TU116 die. There is no backplate on this model. The single 6-pin PCIe power plug connects to the rear of the card similar to the RTX 2060 and that's about it.

Since this card will remain in our testing suite for future games we had the opportunity to rip the cooler off and see what is all underneath. The ZOTAC Gaming GeForce GTX 1650 SUPER is sporting the cut down TU116 die that we see in the 1660 Series of cads but with two of the memory modules missing. Power is handled by a 3+1 phase design that is not only capable of handling the GPU and memory at stock but can handle a decent overclock as well.

I wanted to take a moment and mention the aluminum chunk that is attached to the die as well as the dedicated and separate heatsink for the VRMs as well. When you get to the thermal results you'll see that this cooler is capable of keeping the GPU in check and didn't really warrant something beefier, although looking at other results from bigger and better cooler equipped cards you can see that this could have gone a bit better.