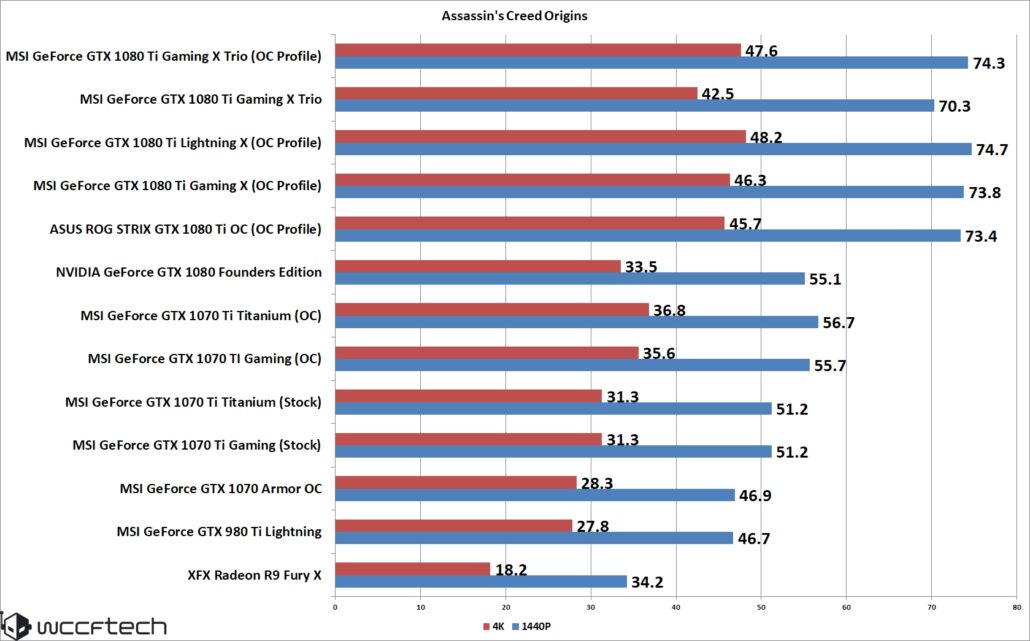 The final chapter in the Batman Arkham series, Arkham Knight, is a great hack n slash title. It features a great story line how ever, the PC version was plagued with several issues at launch but was fine tuned as time went on. Now, the game delivers an impressive visual quality and is very optimized for the PC platform.

The game comes with NVIDIA's Gameworks technology but we will be keeping those disabled for a fair test showdown. The game does well on GeForce and even AMD cards with most hitting north of 100 FPS at 1440P. At 4K, most of the high-end cards manage to close in the 60 FPS mark while the 1080 Ti goes way past them to touch the 90 FPS barrier. 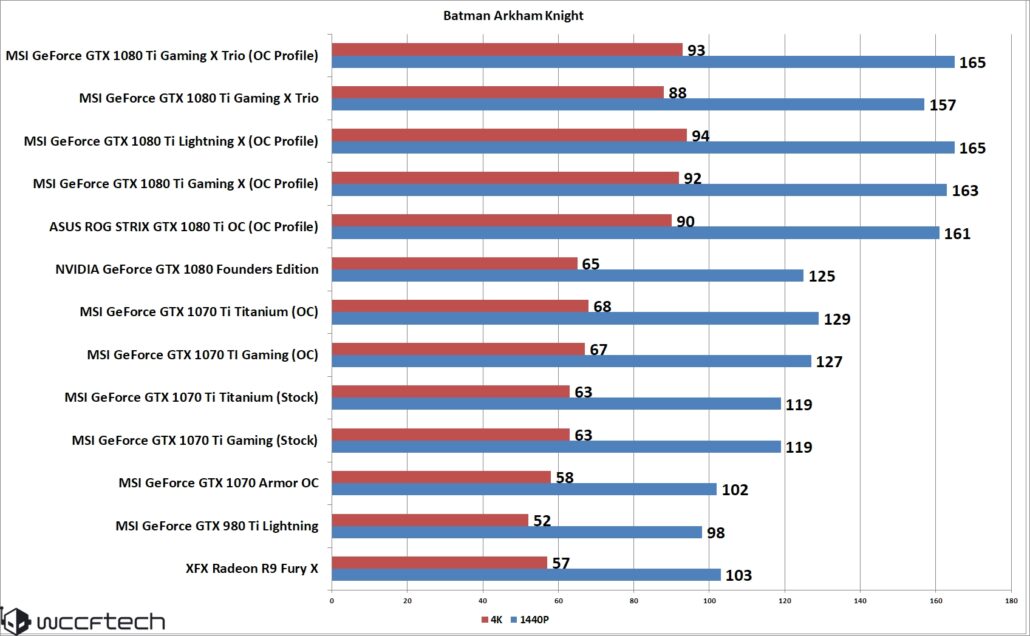 Fallout 4 is a great addition in the Fallout universe. Fallout fans like me have fallen in love with this new game since it was released. Being a huge fan on RPGs and especially Sci-Fi RPG (Mass Effect for life), the game has the most advanced version of the Creation engine which was recently updated with NVIDIA’s GameWorks feature. The latest Hi-Res texture pack was released a while ago and weighed in over 50 GB which is mind boggling for a texture pack, I mean, what the hell Bethesda? 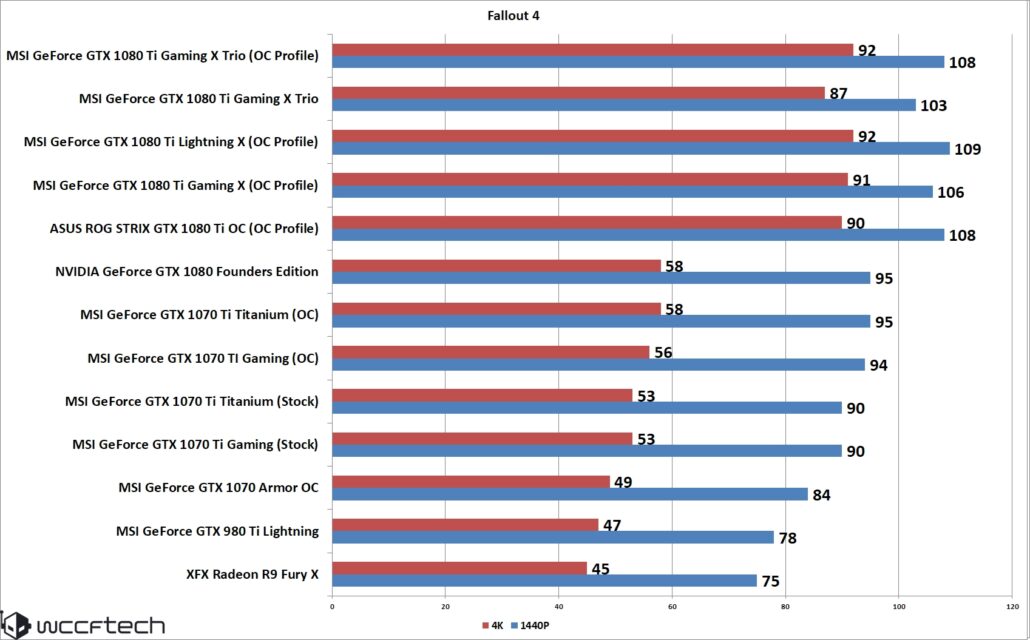 GTA V is the most optimized gaming titles that has been made for the PC. It’s so optimized, it even runs on my crap GT 840M based laptop with a smooth FPS on a mix of medium/low settings. I mean what??? 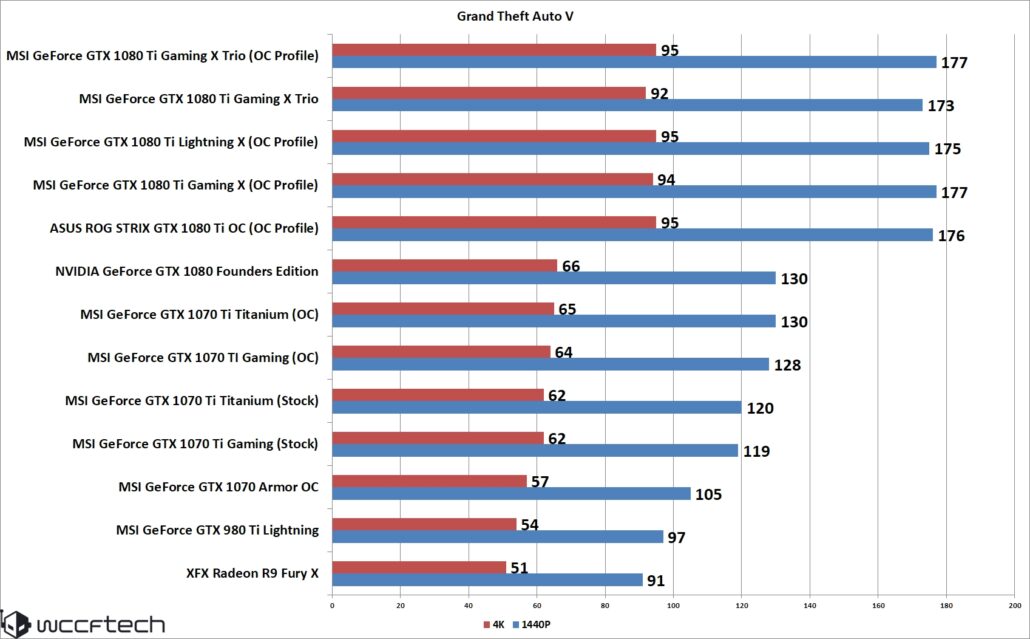 Using the new Anvil Next engine that was developed by Ubisoft Montreal, Ghost Recon: Wildlands goes wild and grand with an open-world setting in entire Bolivia. This game is a tactical third person shooter which does seem an awful lot similar to Tom Clancy's: The Division. The game looks pretty and the wide scale region of Bolivia looks lovely at all times (Day/Night Cycle). Here, the GTX 1080 Ti is the only card that manages to break past the 60 FPS barrier at 1440P and 40 FPS barrier at 4K on full quality settings. 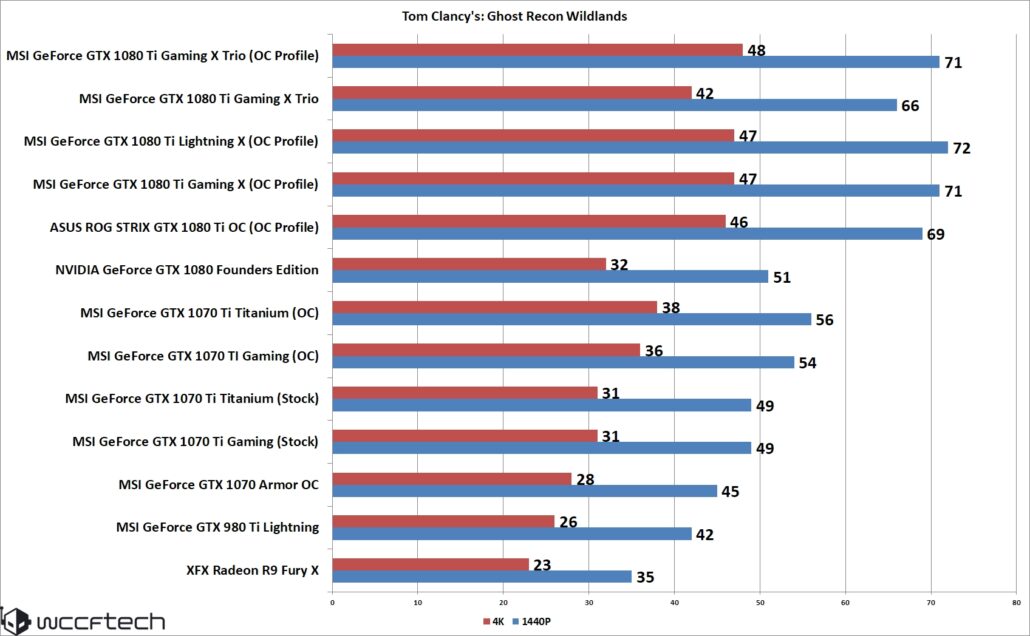 Witcher 3 is the greatest fantasy RPG of our time, it has a great story, great gameplay mechanics and gorgeous graphics. This is the only game I actually wanted to get a stable FPS at 4K. With Gameworks disabled, I gave all high-end cards the ability to demonstrate their power. While the GTX 1070 and GTX 1080 were fast last year, they still weren't able to run the game at 4K with visual quality toned down. Fast forward to 2017, and I can finally enjoy Witcher 3 in all its glory at over 60 FPS with everything turned to max. Isn't the technology cycle great? 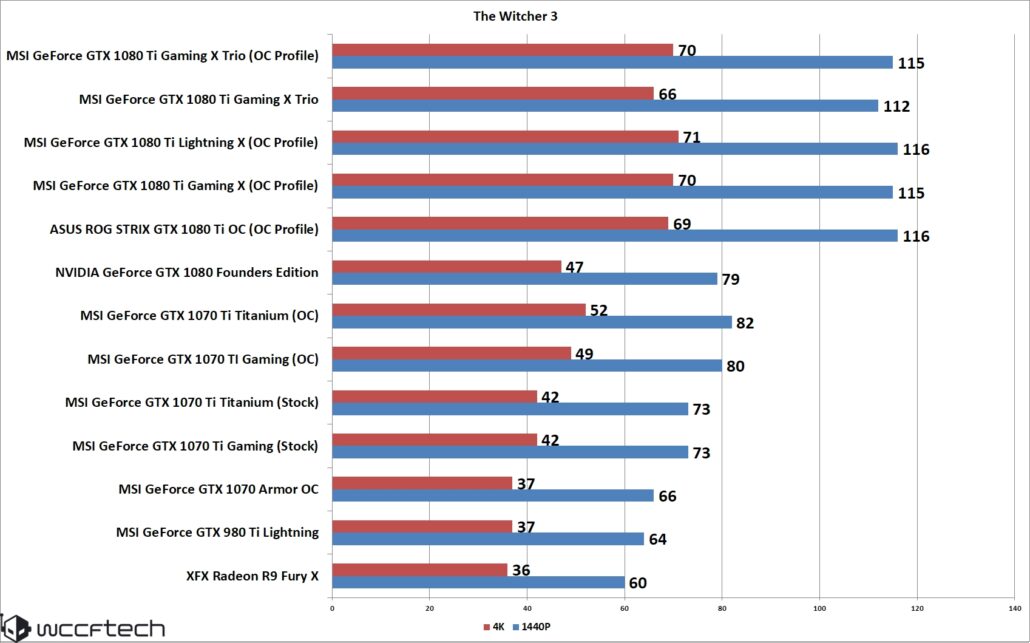 This means that the game has to be a bit graphics intensive which it is. The GTX 1080, GTX 1080 Ti and the 980 Ti Lighting can hit 60 FPS or 60+ FPS (for 1080 / 1080 Ti) at 1440P but 4K means you need to sacrifice a little visual quality to hit the golden 60 FPS mark. Here, the 1080 Ti Lightning X achieves around 44 FPS with the OC profile and 51 FPS average with manual overclock. Like other titles we tested, reducing the visual quality by a bit can result in better performance that can reach or even exceed the 60 FPS barrier. 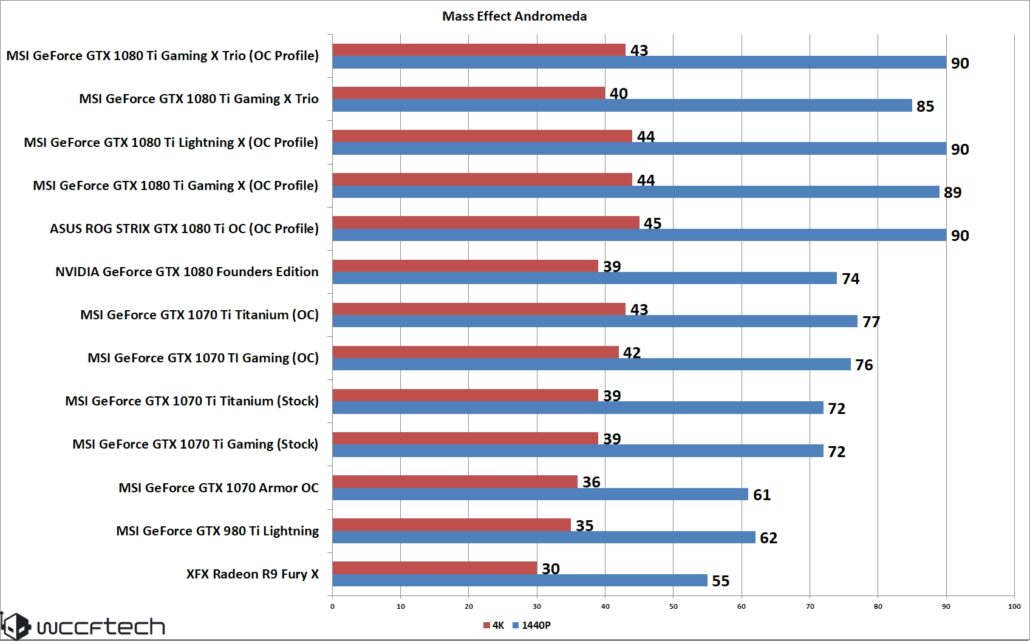 Finally, we have Watch Dogs 2. Gone is Aiden Pearce as the new game takes us away from Chicago and puts us in the feet of Marcus, a seasoned hacker in San Francisco. Running off the Disrupt engine, the game is based on DirectX 11 API and is a graphics hungry monster. You can see the results for yourself below: 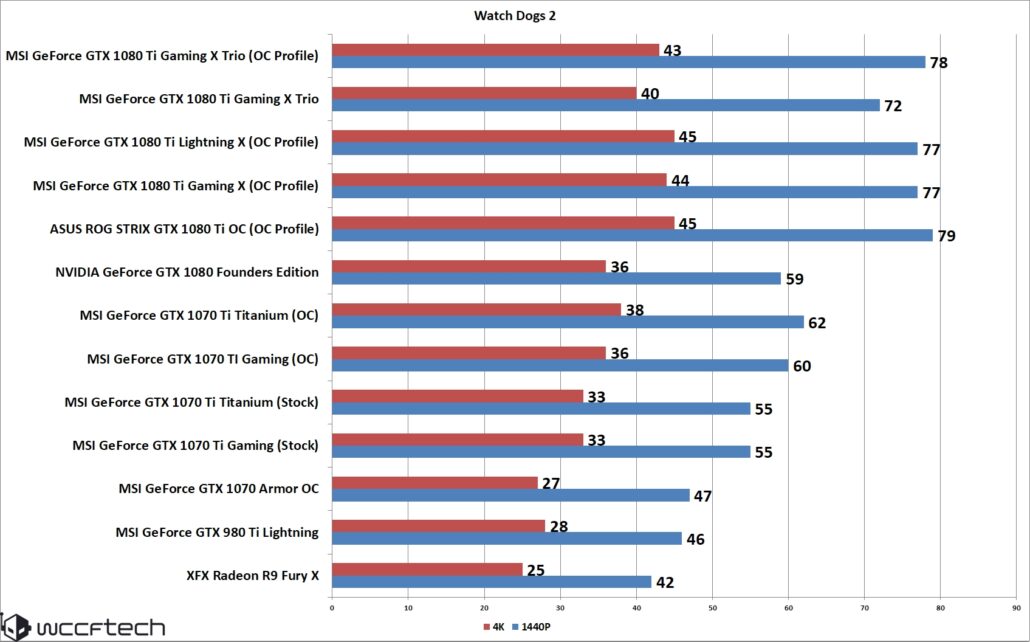