I compiled the power consumption results by testing each card under idle and full stress when the card was running games. Each graphics card manufacturer sets a default TDP for the card which can vary from vendor to vendor depending on the extra clocks or board features they plug in on their custom cards. Default TDP for the GTX 1080 Ti is set at 250W and since we are testing a custom board, the figures can be lower or also exceed the default TDP. 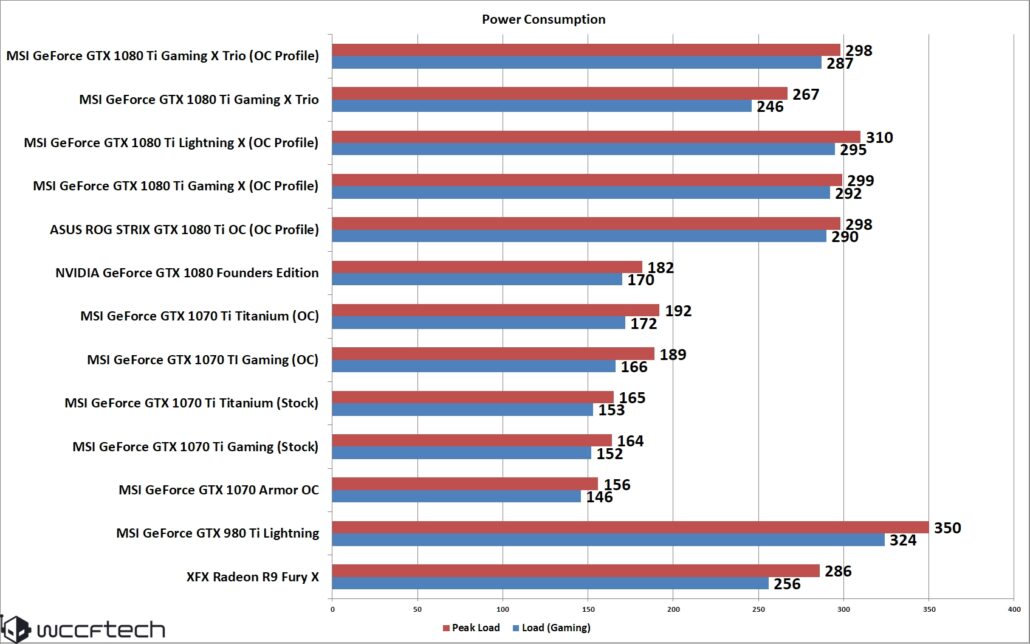 In the case of our MSI GeForce GTX 1080 Ti Gaming X Trio sample, we are looking at dual 8 pin power connectors. These would immediately indicate a 375W power consumption but in real world usage, the card never reached that limit. The extra power is only for extreme overclocking sessions which the board is designed to handle. In LN2 cases, overclocks can be performed on the board with use of custom power mods and BIOS that can allow the board to utilize more power for better clocking and voltage supply to the GPU and memory. In regular gaming sessions, we don't see that kind of power use and the overall consumption remains close to other GTX 1080 Ti cards.