The NVIDIA GeForce GTX 1080 Ti has dominated the enthusiast graphics market for a whole quarter and it looks like it will keep on doing so. The graphics card is the fastest that gamers can purchase right now and even after AMD's Radeon RX Vega launch, nothing has changed for this card. Compared to the competition, the GTX 1080 Ti still feels like miles ahead and it just keeps on getting better. Today, I tested the fourth GTX 1080 Ti that I have managed to get my hands on, the MSI GeForce GTX 1080 Ti Gaming  Trio.

The GTX 1080 Ti replaced the GTX 1080 as the fastest consumer graphics card at the same price of $699 US. The card I tested today goes for $800 US and that's a big premium you are paying for this overclocked model. The Lightning Z costs even more at $869 US but features higher clock speeds. Truth be speaking, the Lightning Z clock speeds are great but nothing that can't be achieved with a small manual overclock on the Gaming X Trio. There are some thing to note about the GTX 1080 Ti in terms of clock speeds. All cards max out around 2050-2100 MHz with the default voltage. NVIDIA is not opening voltage control any time soon so anything below the Lightning is a bit hard to over-clock. The Gaming X Trio in general was designed for users who don't want the LN2 or better mod features of the Lightning but demand a better cooler and design scheme than the Gaming X model. 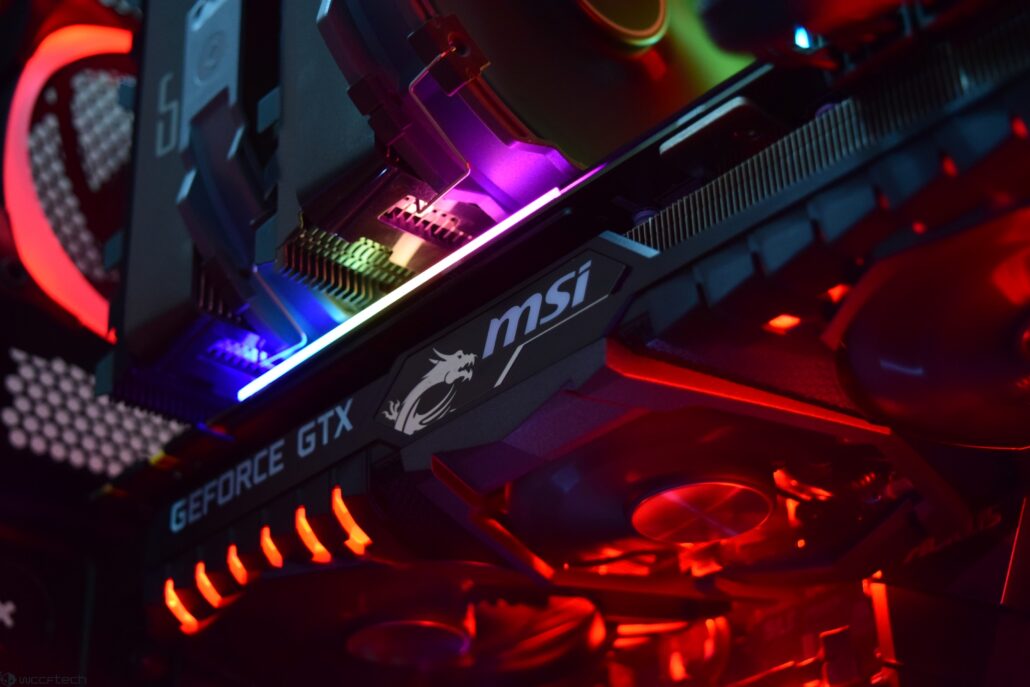 The MSI GeForce GTX 1080 Ti Gaming X Trio makes every other card seem like a generation old already even though it's utilizing the same Pascal architecture that is featured on the GTX 1080, GTX 1070 and Titan X. It offers a massive uplift to game performance and has three different profiles for gamers who want silent card operation, good gaming performance and enthusiast caliber OC performance.

But that's not it, this card allowed me to see the full potential of the Pascal GP102 chip. The card is well overclocked and ships with two additional BIOS modes in addition to the reference clock BIOS. The card gave back good overclocking figures and the performance puts it right next to the beefier Lightning X model.

As for the cooling solution, it's big improvement over the dual fan Twin Frozr. It provides superior cooling performance than the Gaming X and does so while looking phenomenal. The RGB is not over done and the Dragon cuts on the sides provide really good aesthetics of the card itself. Also, in terms of power draw, I saw a good decrease in full loads compared to the Lightning X which is due to a regular dual 8 pin interface while the Lightning required triple 8 pin connectors.

To end it up, by paying $30 more over the 1080 Ti Gaming X, the 1080 Ti Gaming X Trio gets you a better looking and triple fan cooler that embeds RGB lightning, a custom PCB that assures you great overclocking and the best graphics performance that money can buy you right now!

Once again, a solid performer by MSI that hits all the right notes by delivering a solid and refreshing new Dragon themed cooler while providing end users with great cooling and blistering fast performance that you would expect from the GTX 1080 Ti.