In 2016, Id finally released Doom. My testing wouldn’t be complete without including this title. All cards were capable to deliver ample frame rates on 1440p resolution using Nightmare settings so my focus turned over to 4K. Here, the GeForce GTX 1080 Ti is more than twice as fast as the Fury X and the 980 Ti on the highest 4K resolutions. The overclocked Lightning squeezes in a few extra FPS over the other 1080 TI cards but overall, we are looking at similar performance results when running at the default OC profiles. 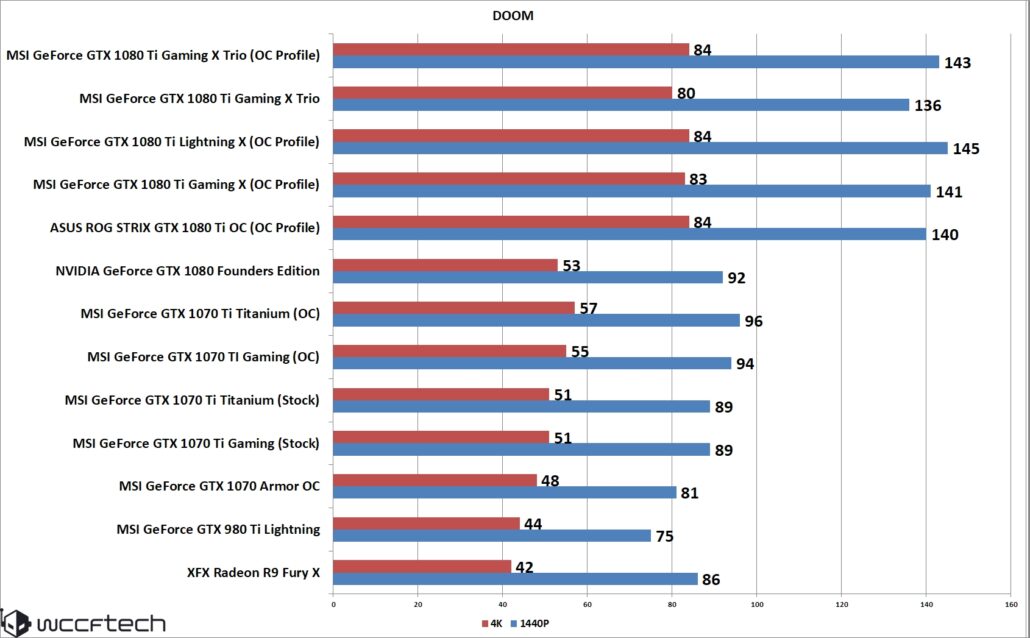 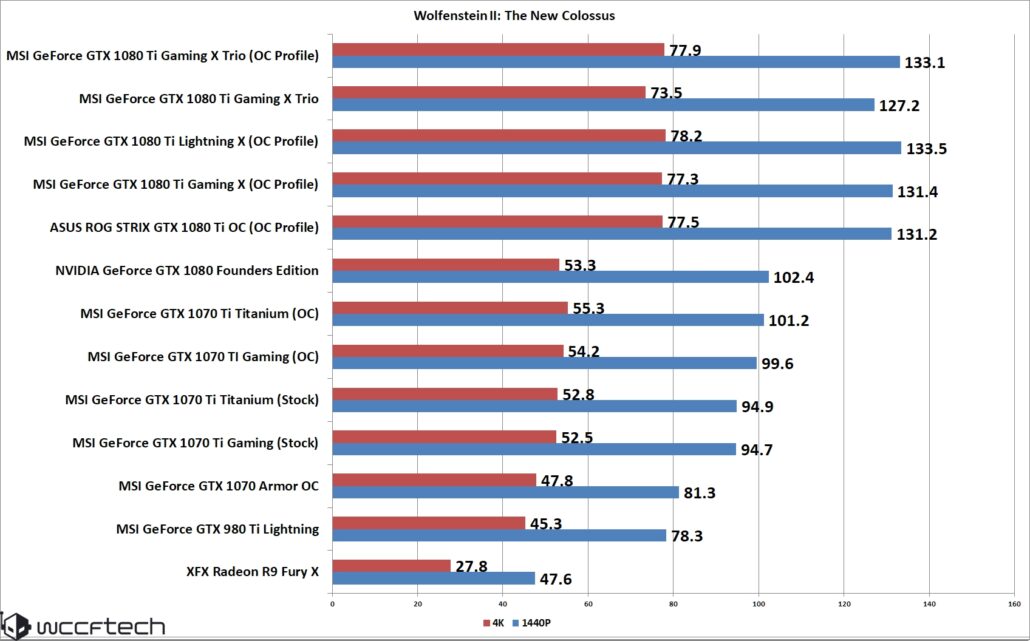