The Pascal GPUs were designed to deliver a generational leap in performance over its predecessors by embracing the latest FinFET process. The increasing demand of graphics performance in high-end gaming PCs and also the emergence of Virtual Reality market have opted graphics manufacturers to focus on next generation of DirectX 12 and Vulkan graphics while delivering increased performance to drive high-resolution, HDR capable displays.

NVIDIA has gone all out with the specifications of their grandest graphics card to date. The GeForce GTX 1080 Ti features the same Pascal GP102 GPU featured on the NVIDIA Titan X but is better than that in all ways possible. The NVIDIA GP102 Pascal GPU packs 12 Billion transistors and has 6 graphics processing clusters of which two are disabled. This adds up to a total of 28 SM units with 128 cores each. The card is geared to power compute and memory hungry gaming applications at higher resolutions with tons of texture and geometry processing power.

The Pascal FinFET architecture allows significant increase in clock frequency. The reference GeForce GTX 1080 Ti is clocked at 1506 MHz base anad 1683 MHz boost clock. The model ASUS sent us is clocked much higher thanks to their factory overclocked specs. 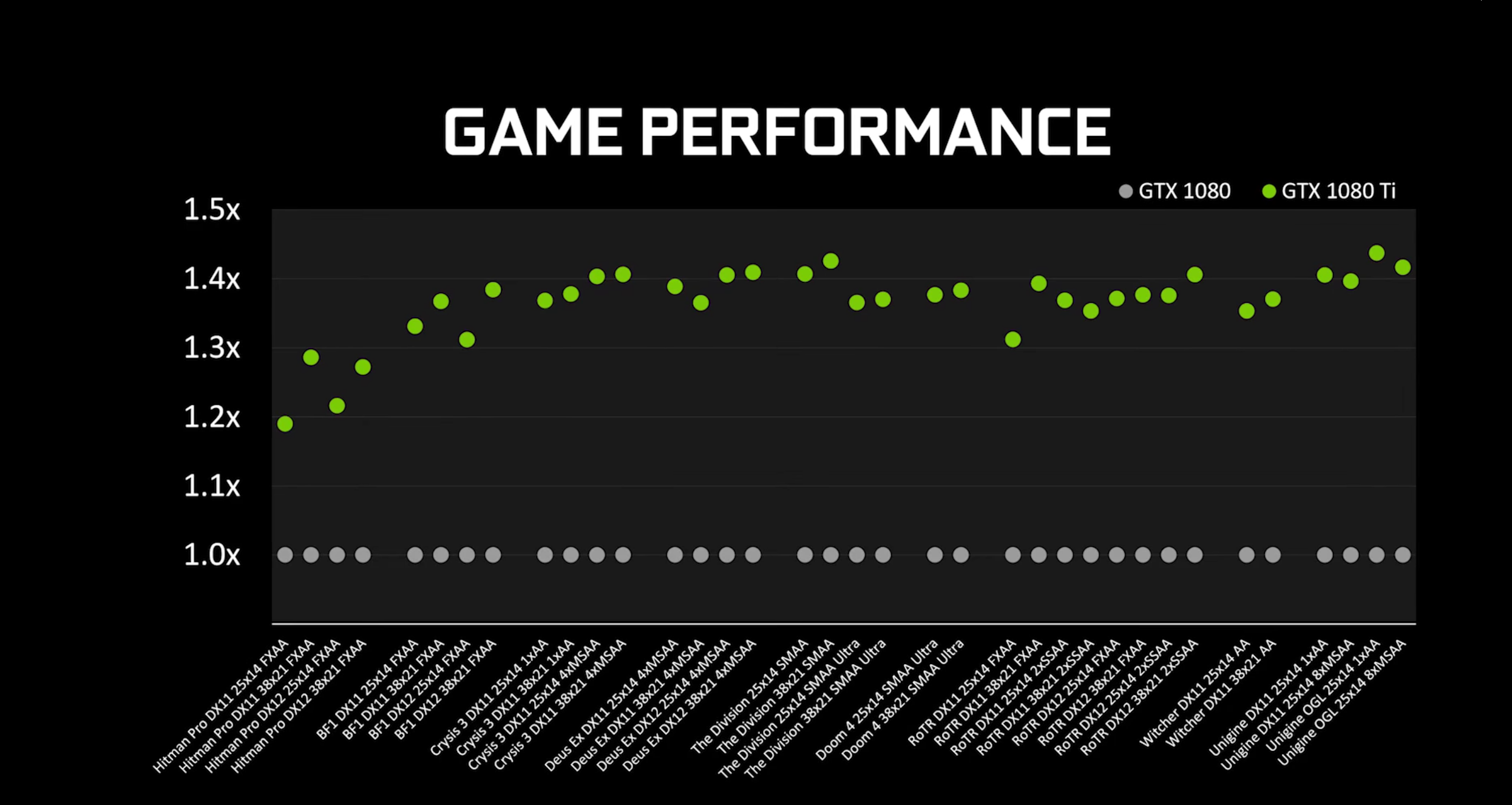 Faster clocked GDDR5 memory still offers great performance and loads of bandwidth to the card. There are tons of features enabled on the Pascal cards such as Compute Preemption, memory compression, simultaneous multi-projection which you can read in our detailed post here. Also, NVIDIA has launched the full fat configuration of the GP102 GPU on the latest NVIDIA Titan Xp graphics card which was just launched a few days ago.