Everyone knows Kingston at this point, right? They are pretty much the most well-known company that provides memory and storage solutions. They've always been behind a lot of widely used storage devices from SSDs, HDDs, and USB flash drives. In this case, we're looking at their latest incursion on the RAM market: The FURY Beast.

Now, do not confuse the Kingston FURY Beast with the HyperX FURY. While that DDR4 RAM is still an affordable and reliable stick, I believe that the Beast can make its own name with the gaming enthusiasts looking to make an incursion in PC gaming. In fact, this RAM is specifically made for gamers who want cutting-edge performance.

HyperX gets updated with Fury memory line for enthusiasts, gamers and overclockers

Before we start the review, I should note that Kingston sent us a DDR4 3600MT/s (2x8GB) version of the RAM. So, we're majorly going to focus on that version of the RAM. However, it should be noted that this RAM also supports 2666, 3000, 3200, and 3733 Megatransfers per second. This particular set costs $83.99. If you're looking for other speed or capacity variations, I suggest looking at the official Kingston Product page.

Additionally, the Kingston RAM is going to be used in the special rig that was constructed for the review of this and the Renegade M.2 review. In case you forgot, this rig was used to review Babylon's Fall, Persona 4 Arena Ultimax, Shredders, Atelier Sophie 2, Phantom Breaker: Omnia, and King Arthur: Knight's Tale review. Each of the reviews has gameplay attached to it in case you need to see the performance of the full-spec rig.

You can read the specifications of this particular rig below. 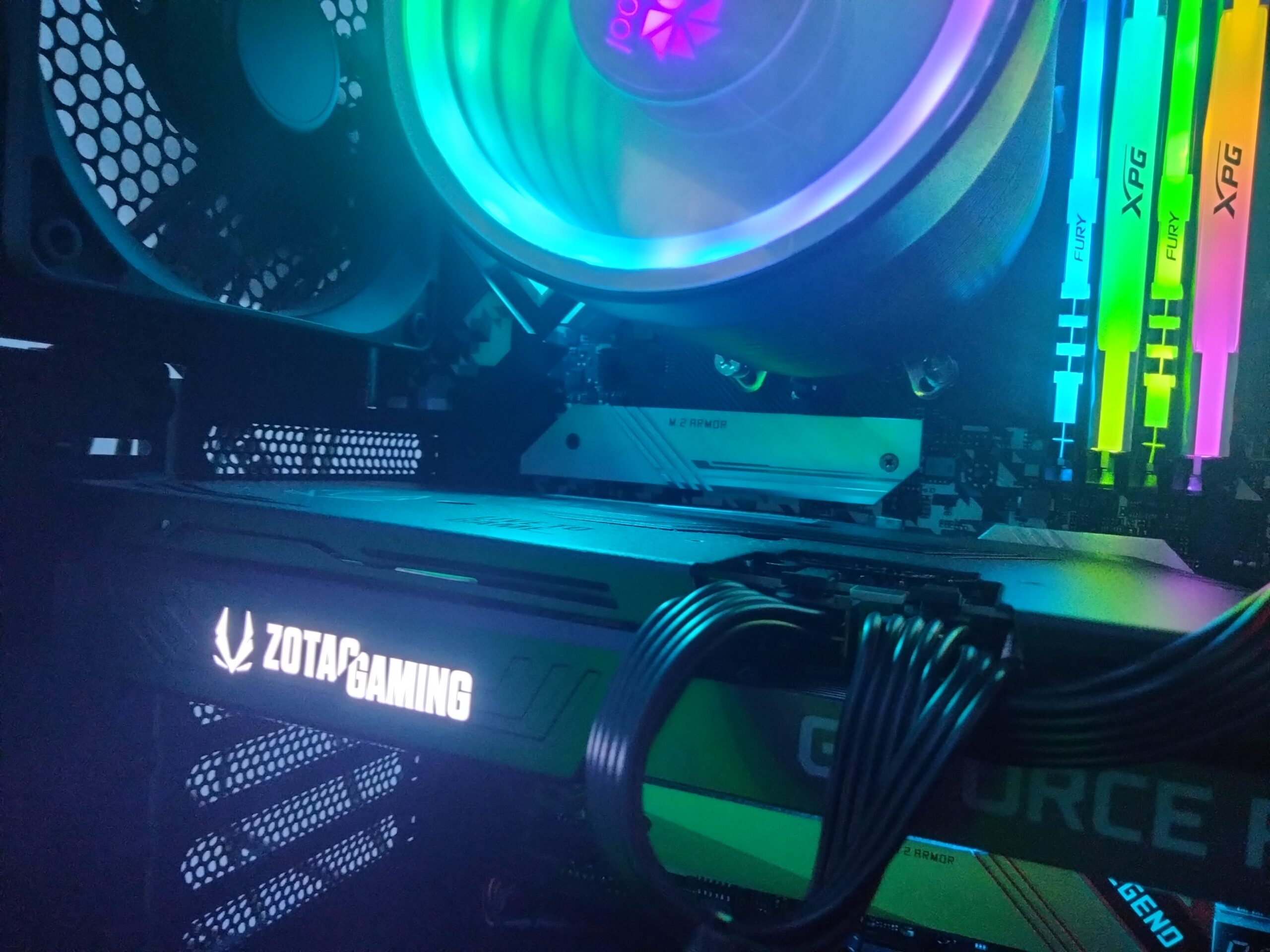 The Beast RAM is definitely one that surprised me the most out of the whole package of review units that were sent to me by Kingston. Its packaging is not that visually impressive, but it sure as heck is made up by its outstanding performance inside of a gaming rig. The RAM fits quite nicely in the Steel Legend Motherboard, with great illumination on the backside panels.

As the image above shows (from the finished rig, not to be confused with the testing rig, which has the XPG sticks removed), you can see some nice RGB colors. They might get obscured with bigger CPU coolers, but that's nothing a good ol' fashioned liquid cooling system would easily fix. The Beast is quite good-looking as a DDR4 chip.

Here are the specifications of this particular set. 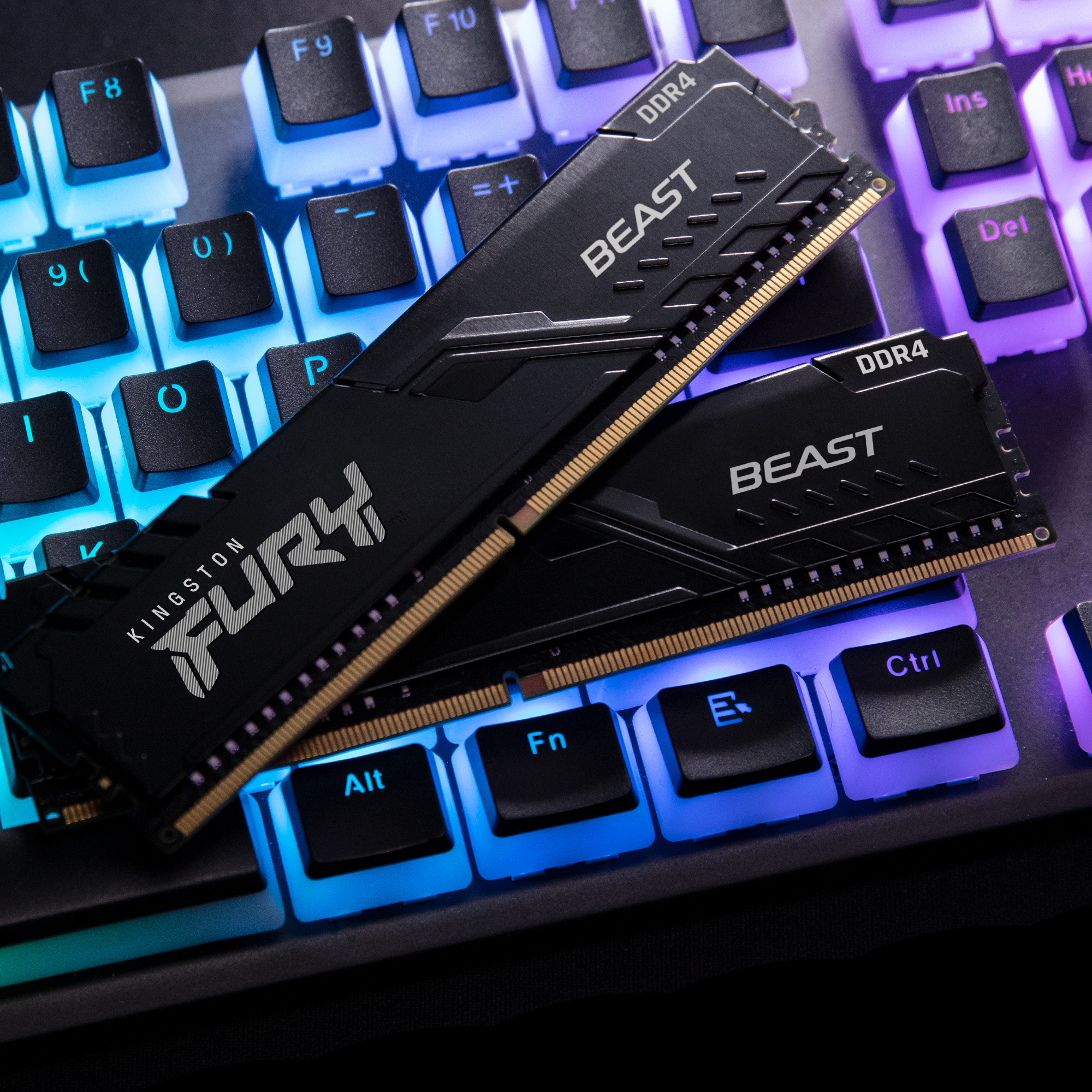 This particular utility is designed to create extraordinary personalized lighting for every user. Additionally, it's compatible with the Razer Chroma effect, allowing for a full-blown immersive gaming experience. With this program, you can customize your RAM's color settings alongside the components that support it, including graphics cards, KBM combos, headsets, and other accessories.

If you want a more manufacturer-friendly program that works with this specific RAM set, I suggest using Kingston's FURY CTRL utility. This program that's currently available on the Windows Store is really good for adjusting the RGB on your RAM sticks to how you like. You can even alter the colors for each stick individually unlike the ASRock Polychrome program which limits you to both. 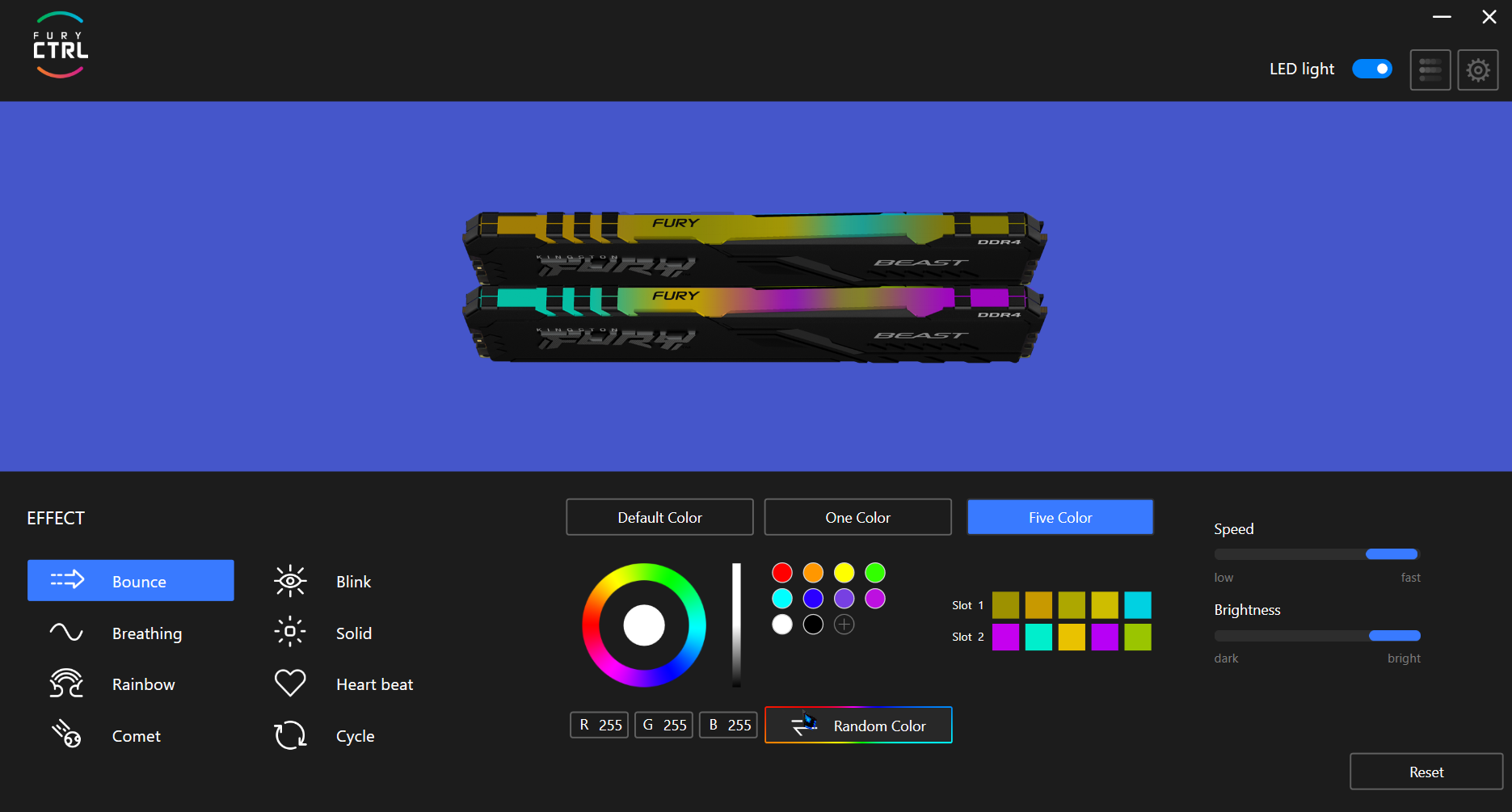 Now that we've got the pleasantries out of the way, let's head towards what really matters: benchmarks! I decided to use several testing environments to see how far this RAM works without the XPG chips. So, I booted up Aida64 Extreme to figure out the metrics and R/W speeds in a completely clean environment.

Using Aida 64 we are able to get a good idea of the overall bandwidth from the memory kits in Read, Write, and Copy performance. A great aspect of this benchmark is that it is readily available to everyone to try out and see where your system's performance lands for a point of comparison.

Here are the results of the Aida64 benchmark. 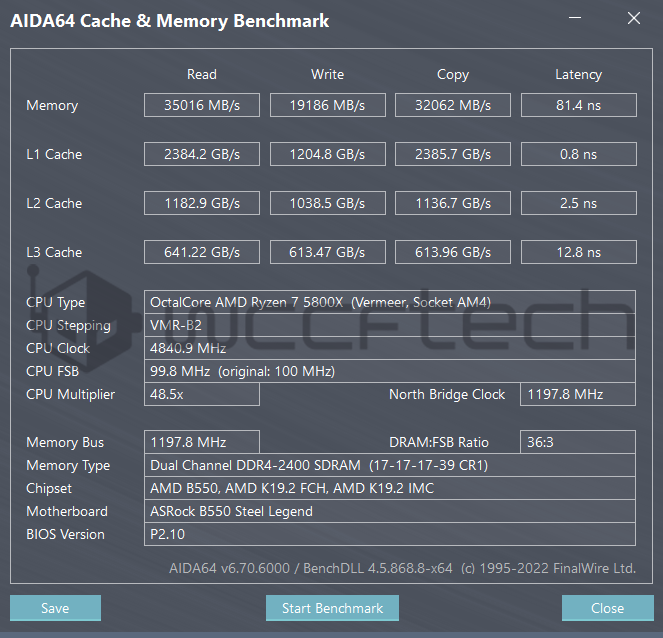 It's worth noting that I tested the RAM in both its default JEDEC latency (which is set to 2400) and its XMP setting. Some of my readers might know that I tend to look at a broader audience's point of view. Thus, I usually would run with settings at their default when it comes to gaming reviews.

However, as some folks aptly pointed out in the comments, it also would help to see the results with the XMP Profile that the B550 recommends. You can see the results of the XMP-enabled benchmark below: 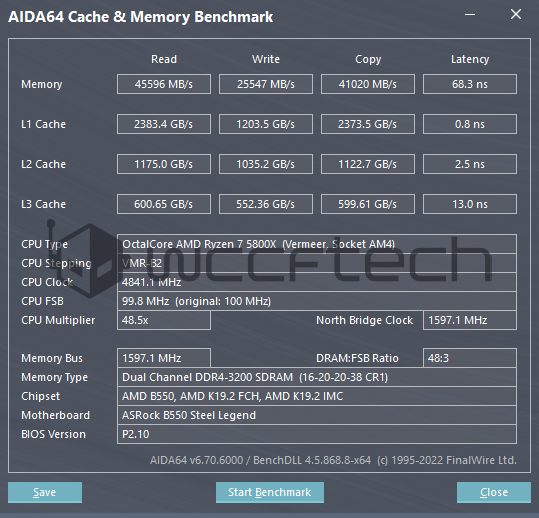 As you can see above, this baby's latency is one of the lowest you could get in the RAM space. Granted, it's not as low as the ~75ns that the HyperX Predator offers by default. However, the price point of that 16GB kit offers quite the difference in terms of performance. Just to put things into perspective, the Predator costs $125.99 while the Beast costs $83.99.

This performance, in my opinion, is some of the best you'll find in the DDR4 space. At the very least for the price point, that's cheaper than other alternatives in the market. But hey, the thing that matters most when it comes to my specialty (gaming) is how it fares when it comes to certain games. So, let's find out what this RAM can do with certain games.

We already talked about how this RAM was used in several of the games I reviewed in Wccftech. However, I also decided to run a bunch of benchmarks on various games to see how well the game can work in bandwidth-bound scenarios. What better example of this very concept than Civilization VI?

Thanks to the game's various Benchmark tools, I was able to find out how well this RAM works with logic-based scenarios on a wider scale. Below you can see the results. 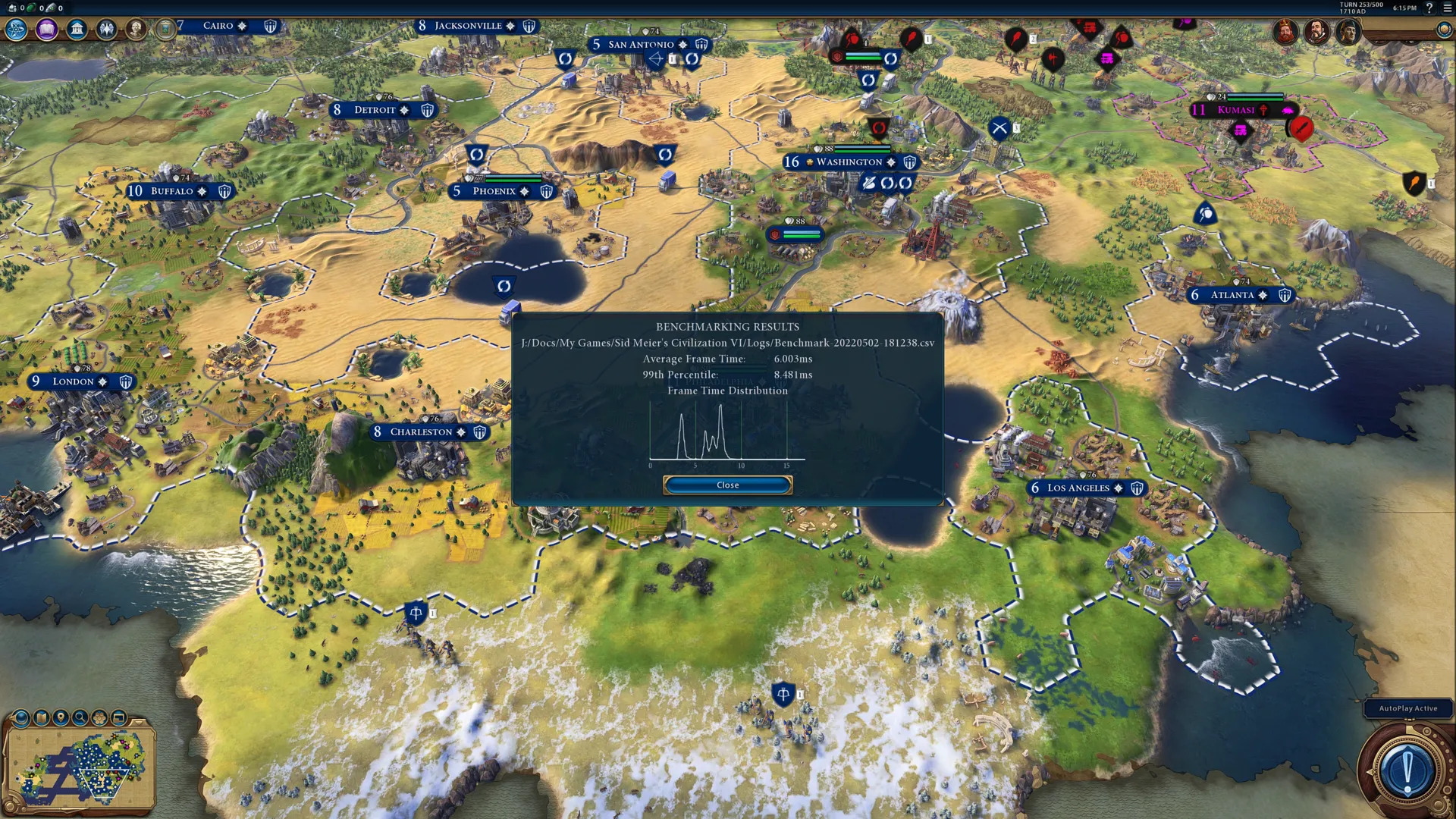 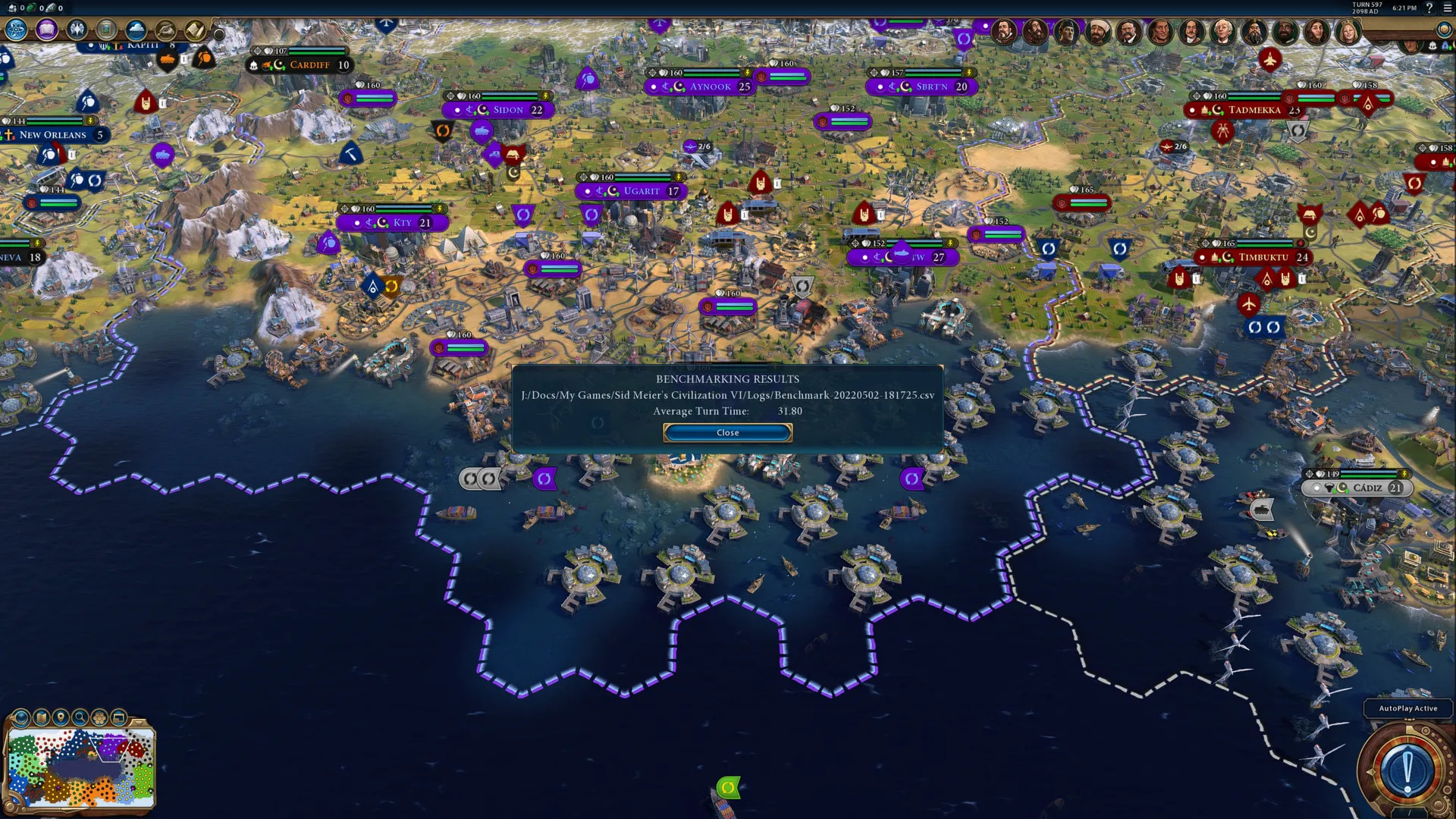 After Civilization VI I decided to run what I think is another excellent game that has a lot of moving parts on it: The Riftbreaker. As I mentioned in my review of the game, The Riftbreaker is more of an RTS with base building elements. As such, there are always several components, structures, and characters moving around and performing several functions.

In high-stress situations, this would be the point where framerates dipped a lot. Thankfully, this was no problem for the Beast as it kept a framerate above 60 FPS. You can see the results of the Graphics and CPU benchmarks for The Riftbreaker below.

Continuing on, I booted up Counter-Strike: Global Offensive. This shooter has been around for quite a while so high FPS results are to be expected. Using the Workshop's Benchmark map, I was able to find out that the game could run at an average framerate of 436.26 FPS. This result was achieved with almost no stutters during the benchmarks. 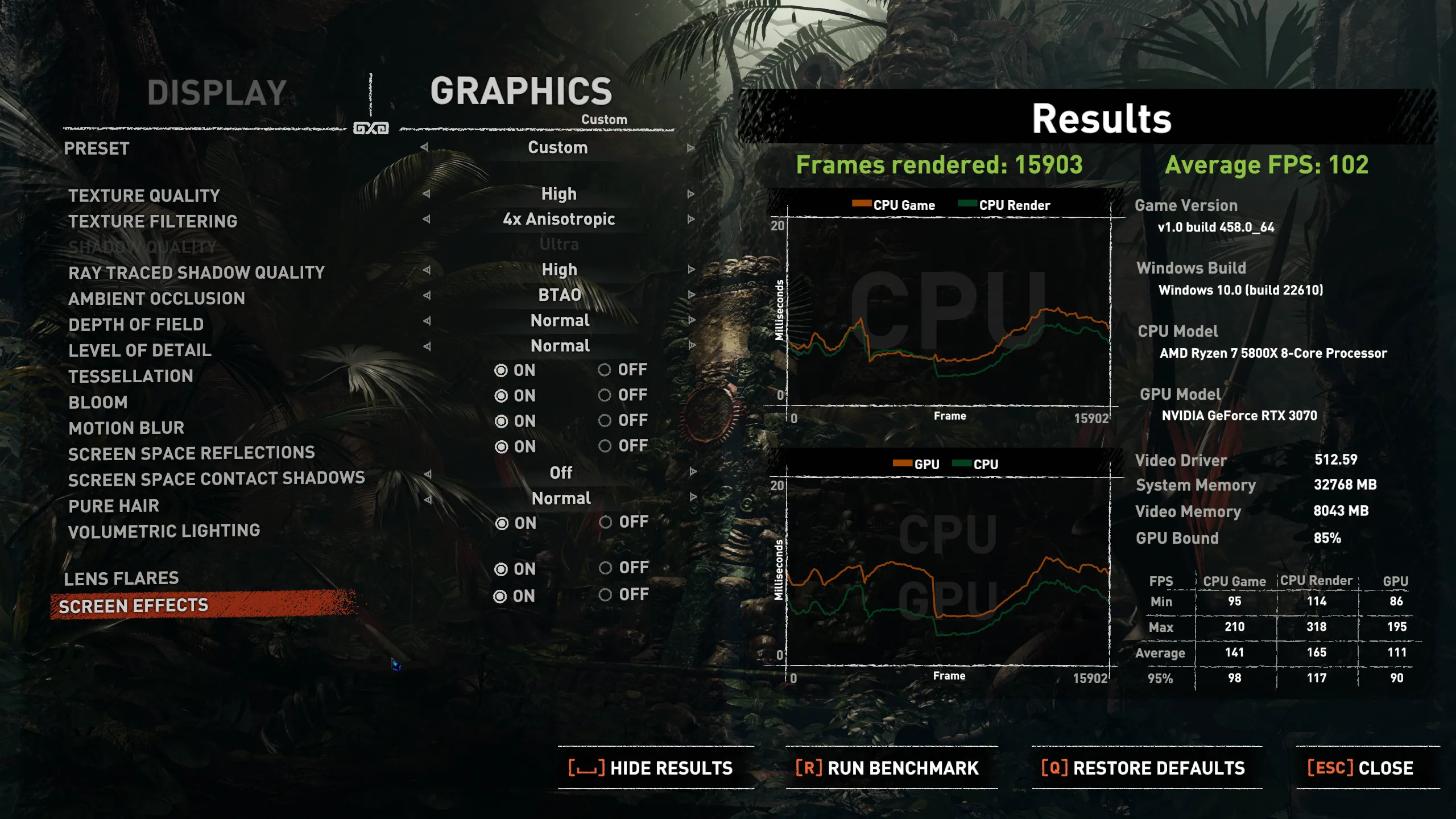 Every one of the benchmarks was run at a 1440p resolution with the Borderless Fullscreen option enabled. The Shadow of the Tomb Raider benchmark was run with the full spec of the special review rig, while every other game only used the Beast RAM.

Overall, I believe that the Kingston Beast is a decent set of RAM sticks that users can purchase. While it's powerful, some other alternatives offer less latency and better RWC performance. However, it still can be an accessible set for semi-low budget players and its compatibility with several RGB programs is a nice added bonus.

Worth mentioning is that the RAM is optimized for XMP. It's also Ready for AMD Ryzen processors, meaning it will seamlessly integrate with your AMD-based system. I still think that the results could be better for a DDR4-3600 CL17 set, but at the very least it's a practical set that can be worth your time.

Review unit shipped by the manufacturer.

The Kingston FURY Beast is quite a powerful monster indeed. This RAM offers high performance that can be compared to that of the higher-end chips. Regardless of its shortcomings, it can offer good performance both in gaming and creation apps. On top of all of that, it also has some neat added extras such as its RGB addition and a black aluminum heat spreader that can definitely add an extra kick to its lifespan.