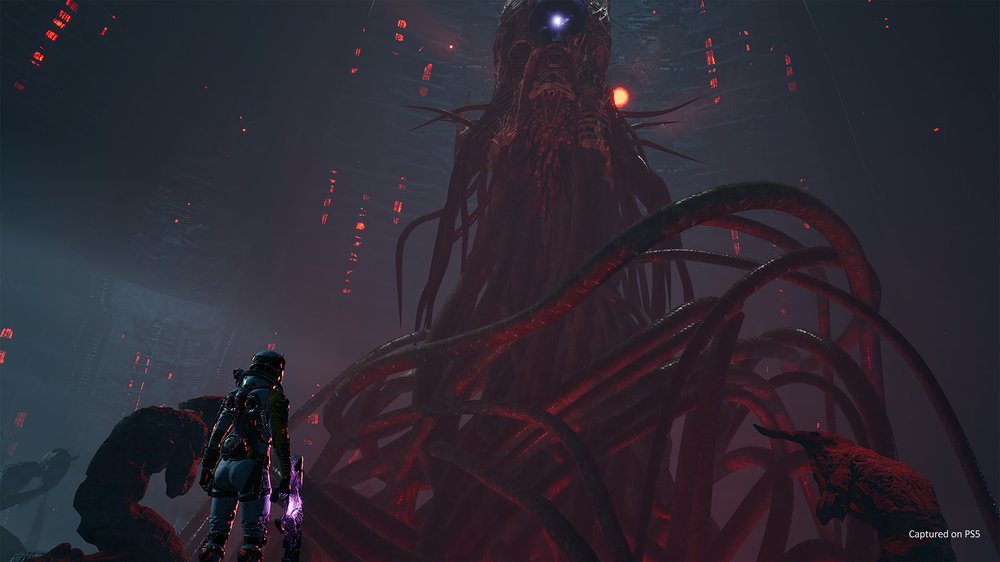 Returnal Ascension Update 3.0 is available now for download on PlayStation 5, introducing two new modes to the game alongside bug fixes.

Sony and developer Housemarque announced the update earlier this month during this month’s first PlayStation State of Play broadcast. The new 3.0 update adds the new endless “Tower Of Sisyphus” mode alongside a co-op mode, which allows players to join forces with a friend in the world of Atropos. Please note that in co-op mode, the world has also been rebalanced in order to keep the game as challenging as ever.

Down below you’ll find the official release notes for this update, as released by Housemarque.

Co-op - Using the Chronosis portal lets you summon a second Selene from another timeline, so now you can combine forces with a friend and face the dangers of Atropos together. You have the choice of joining or hosting a public session, or alternatively hosting a private session.

Progression is tied to the host, but the client players who join a session will be able to keep some of the process they make - such as collecting logs and xenoglyphs - and they’re able to level up their Scout Rank based on how many players they help by joining a session.

In co-op mode the world of Atropos has been rebalanced, so Returnal remains the treacherous experience you know and love.

Note that the Tower of Sisyphus, House sequences and Daily Challenge are not available in Co-op Mode.

Tower of Sisyphus - True to our arcade roots, the Tower of Sisyphus brings an endless survival mode in Returnal. You strive to ascend the tower as high as possible, chasing a high score by increasing and keeping up your score multiplier, until Selene meets her demise in the hands of the many hazards of the Tower.

You make your way up the Tower of Sisyphus in phases, and each phase will lead up to a battle against the new boss, Algos. While there are optional routes and secrets to be found, in the Tower the emphasis is on survival, skill, and focused progression.

The Tower of Sisyphus brings new levels, new special weapons and a new boss, but also continues the story of Selene as you climb the Tower.