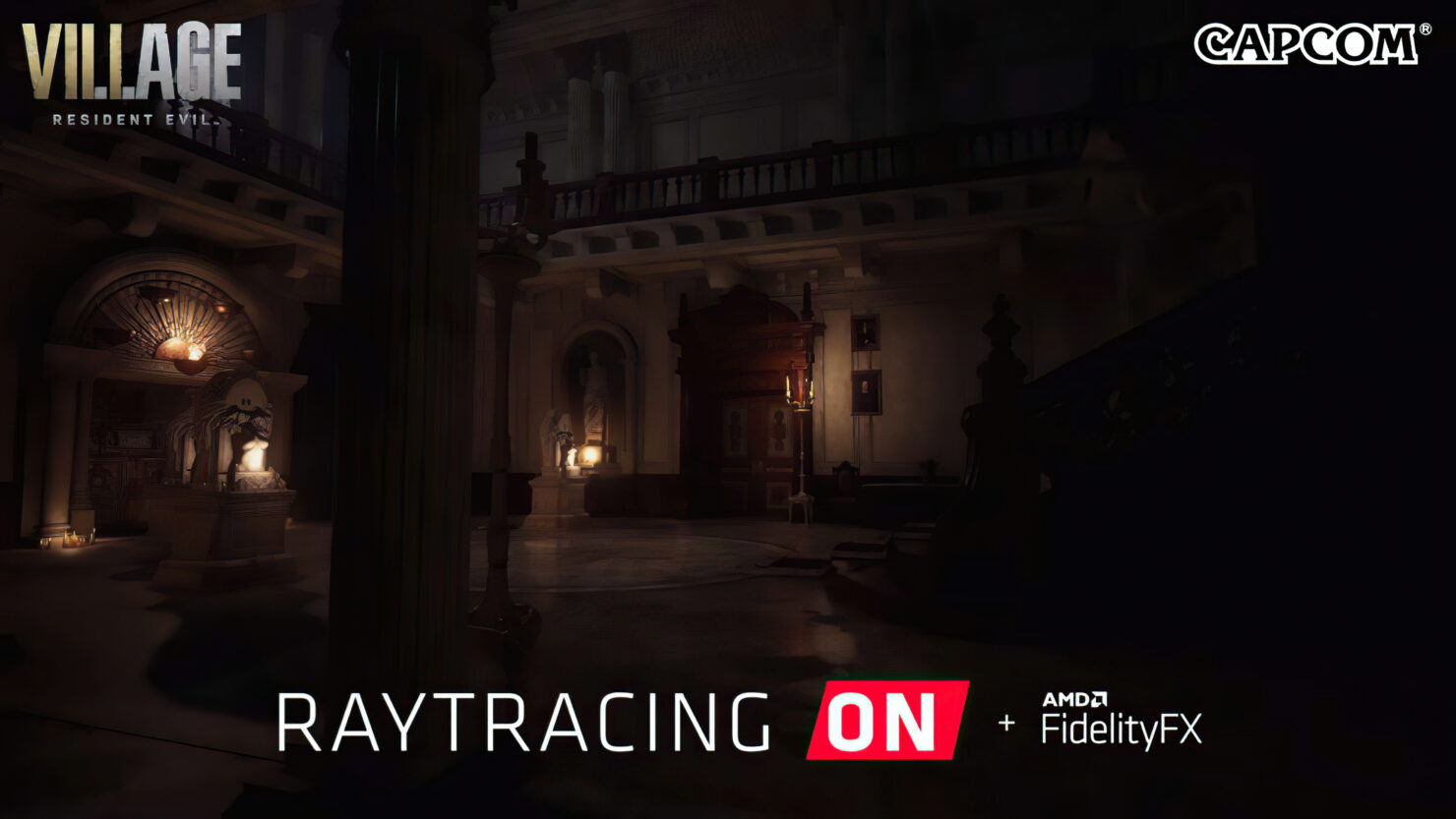 Resident Evil Village is only two months and two days away from its planned May 7th launch date. Earlier this week, during the unveil event of its RX 6700 XT GPU, AMD revealed to have partnered with CAPCOM to add ray tracing features and AMD Fidelity FX effects to the game's PC version.

According to this page on AMD's website, though, Resident Evil Village will actually require an AMD RX 6800 XT GPU to run its ray tracing features. The CPU requirement (AMD Ryzen 5 1600) is pretty low, on the other hand, and remains the same with or without ray tracing.

We've partnered with Capcom to utilize raytracing and AMD FidelityFX to enhance the atmosphere and next-generation visuals in Resident Evil Village. We can't wait to play #REVillage on May 7th. pic.twitter.com/VgSZiPlJvz

It is unclear whether NVIDIA users will get to enable ray tracing on their GeForce RTX graphics cards at launch. Godfall, for instance, launched its ray traced reflections as an exclusive for AMD graphics cards which lasted for three months before the latest update added support for NVIDIA's GeForce RTX GPUs. We also don't know exactly which Fidelity FX effects will be implemented in Resident Evil Village; Resident Evil 3 (powered by the RE Engine, just like the new game) supported FidelityFX CAS, though.