Godfall Ray Tracing Now Enabled on PC, But Only on AMD GPUs; NVIDIA Getting It Later 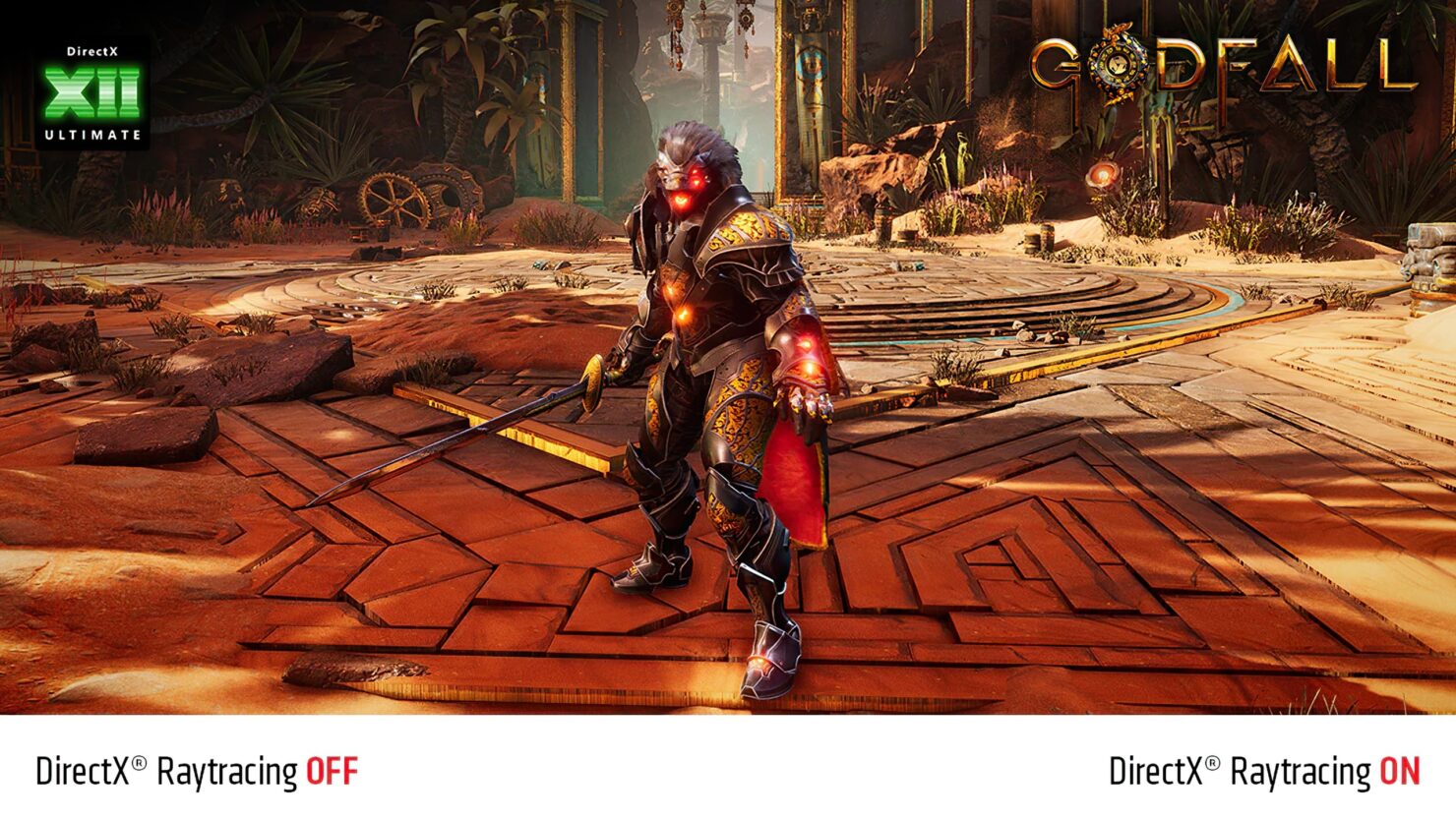 We were quite disappointed to learn that the Godfall ray tracing effects, specifically pertaining to ray traced shadows, weren't available at the game's launch. Developed in partnership with AMD with Microsoft's DirectX12 Ultimate/DirectX Ray Tracing, they would have been a first look at how the AMD Radeon RX 6000 Series graphics cards handle ray tracing.

That day has now arrived, as the developers have just released a new update that specifically enables Godfall ray tracing on PC. However, it only does so on AMD GPUs, so owners of an NVIDIA RTX GPU will have to wait for a future update to try and play Godfall with ray tracing enabled.

This quick update, 2.0.95 is just for PC and enables the ability for players to play Godfall with ray tracing on while using applicable AMD GPUs. Note: players will need to have the latest AMD GPU drivers to enable this. Ray tracing using NVIDIA GPUs will come with a future update.

Check your version number on the bottom left of the Title Screen or in the Network tab in the Settings to make sure that you have the most recent update for your platform.

It is puzzling since Godfall ray tracing should be based on Microsoft's DXR API and therefore should run right away on any DXR-compatible graphics cards, including NVIDIA's. Perhaps the reason for the delay has to do with some optimization that's still left to do specifically for NVIDIA's architecture.

Anyway, stay tuned on Wccftech for an analysis of Godfall ray tracing. In the meantime, here's an excerpt from our review-in-progress of the game by Kai.

In many ways, Godfall represents the quintessential launch title for a new console hardware. It's a very pretty showcase of how a next-gen title should look and feel but it will ultimately be forgotten by the time the next great RPG comes along. There were some novel ideas at play in Godfall but I don't think I'll be coming back for another helping of loot any time soon.