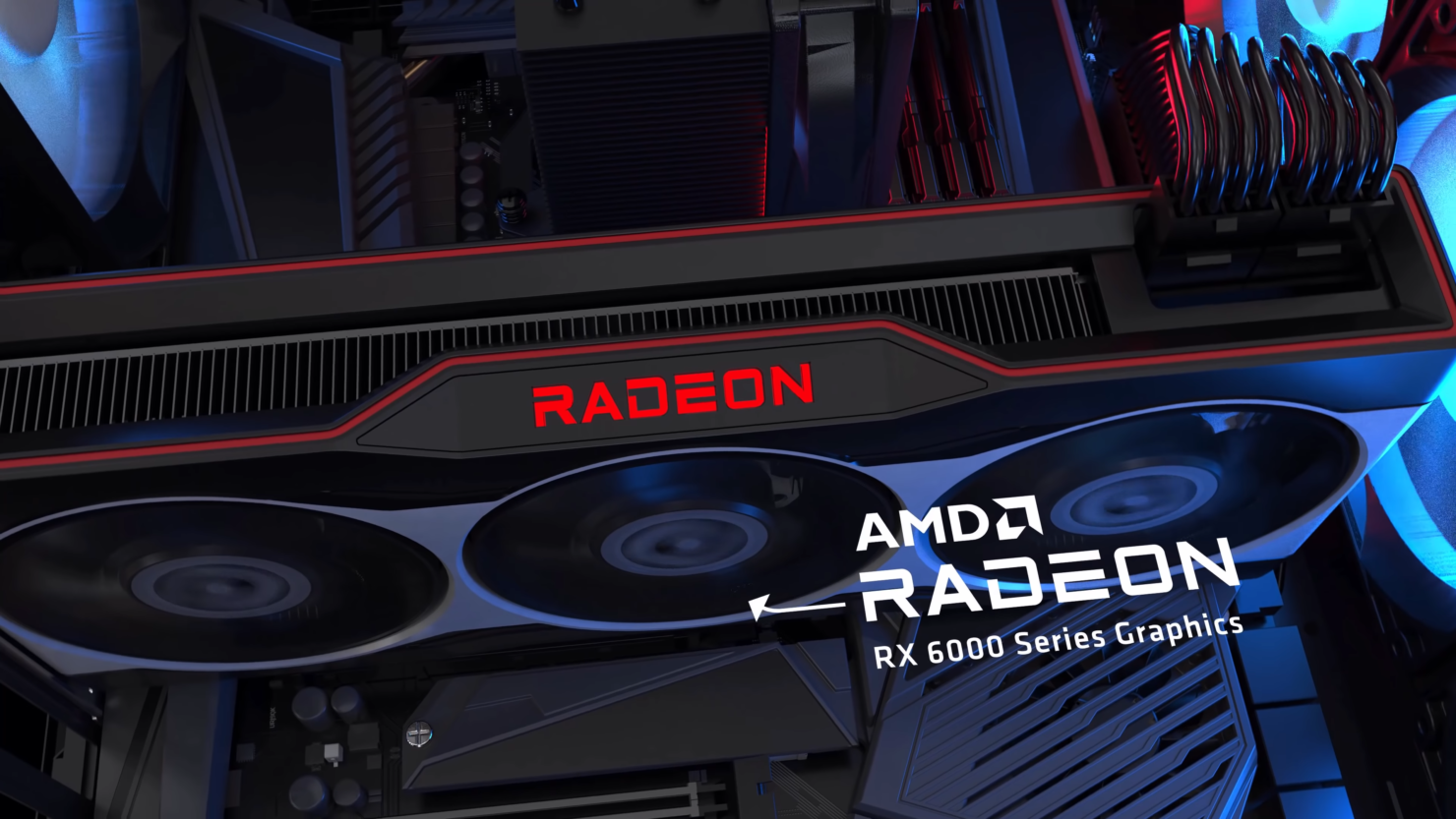 We are a week away from the launch of AMD's Radeon RX 6800 XT graphics card and it looks like more results have started to leak out. The Radeon RX 6800 XT is reportedly great for overclocking as demonstrated by @OneRaichu through a GPU-z screenshot where the card is running beyond 2.5 GHz.

The AMD Radeon RX 6800 XT is the Big Navi GPU based graphics card that many are going to go after considering it is placed perfectly between the RX 6800 and RX 6900 XT while offering decent price to performance value. In the GPU-z screenshots shared, the card can be seen running at a clock speed of around 2.55 GHz which is very impressive considering that the max power draw at these clock speeds is reported under 300W whereas the card itself has a TBP of 300W at the stock clocks.

It is also mentioned that the performance at these clock speeds is close to the GeForce RTX 3090 and there's no doubt that the AMD Radeon RX 6800 XT will end up being faster in a handful AAA titles versus the competitor's flagship offering since AMD's official stock performance results had already shown it performing better in 5 out of 10 titles.

In addition to the Radeon RX 6800 XT, we also managed to find a stock run of the Radeon RX 6800 (Non-XT) model which runs at 2.27 GHz out of the box. The maximum temperature for the card is reported at 74C with the stock triple-fan cooler while the GPU temperature hot-spot is reported at 95C. The maximum power usage is not mentioned but it should be around the 250W TBP which is advertised for the non-XT model. 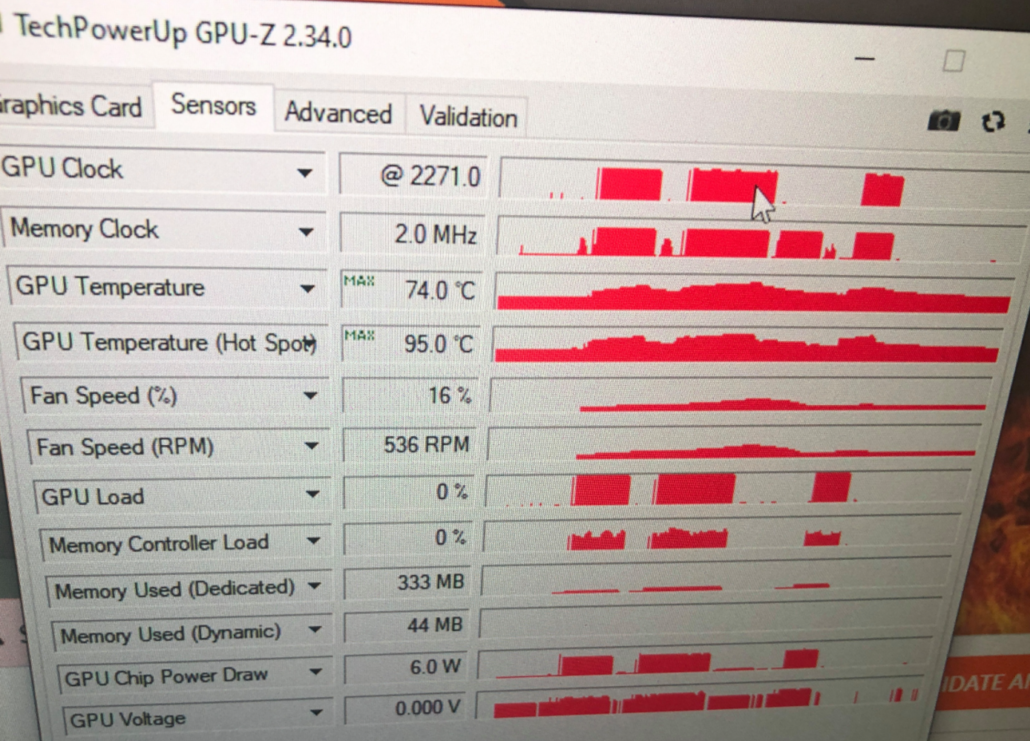 In addition to the GPU-z screenshots, the OpenCL benchmarks of the Radeon RX 6800 XT and RX 6800 also leaked out through Geekbench by TUM_APISAK. There are several results for both cards which have been listed at Geekbench and Videocardz managed to compile them in a singular chart which shows that the Radeon RX 6800 is about as fast as the RTX 3070 while the RX 6800 XT is up to 20% faster than the RTX 3070 on average and some results are even on par with the GeForce RTX 3080.

You can see the performance metrics below: 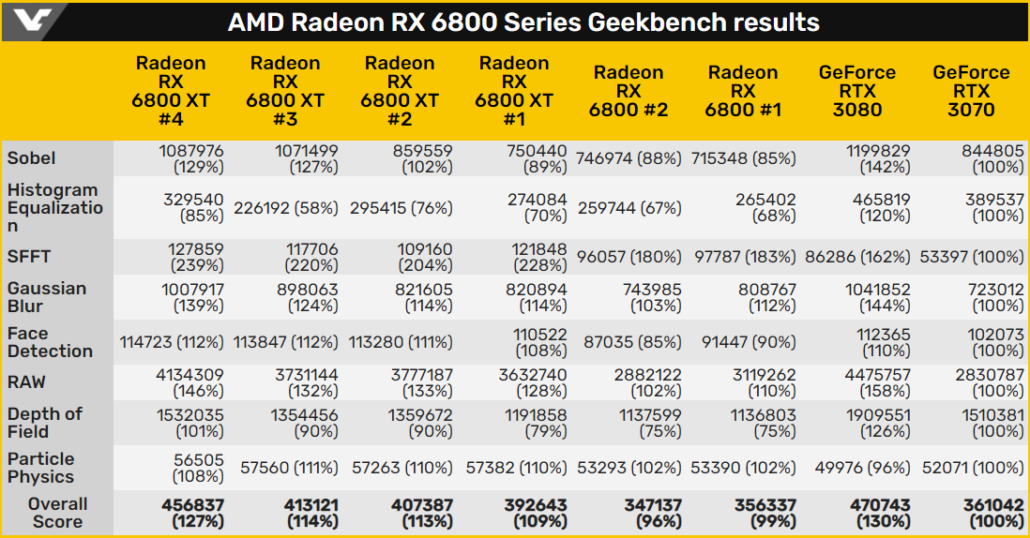