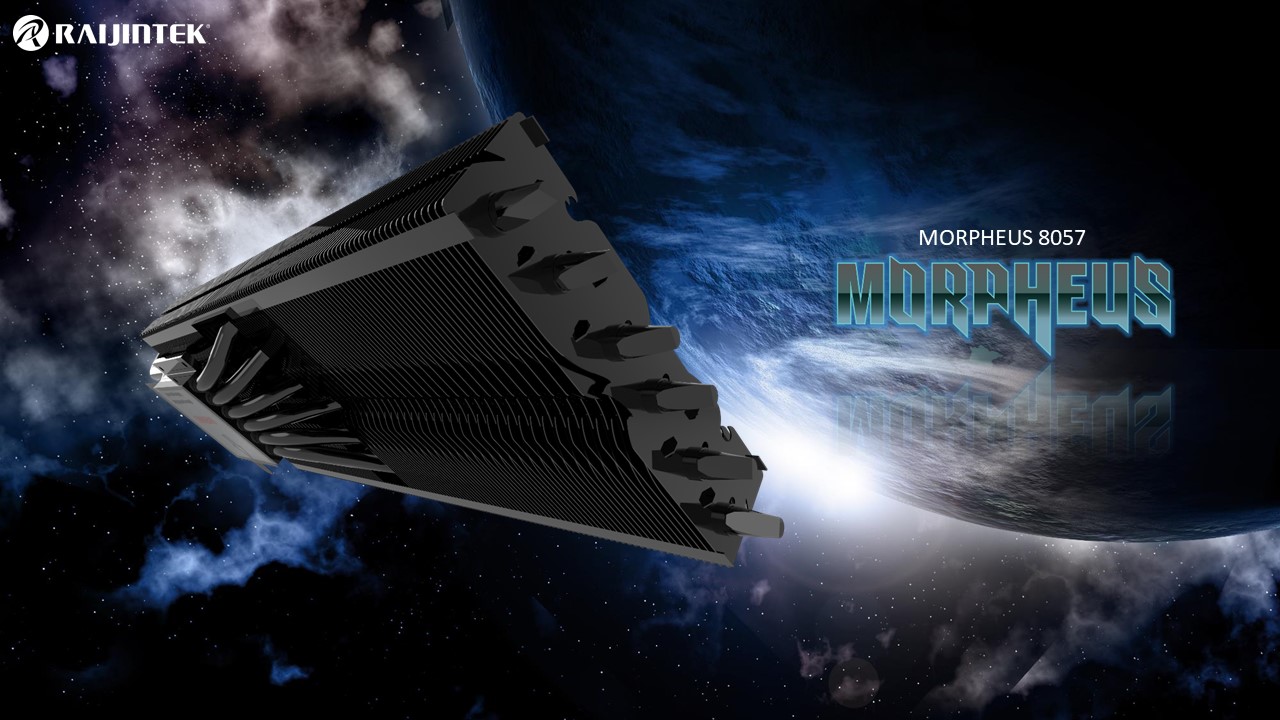 Raijintek unveils the MORPHEUS 8057, An aftermarket graphics card cooler designed for up to 360 watts of cooling capacity

This aftermarket cooler is a whole heatsink black coated which offers a cooling capacity up to 360 watts of TDP, making it perfect for even the hottest of graphics cards. This VGA cooler doesn't feature any fans to attach; instead, this cooler offers the ability to be mounted to two 120 mm fans with the included fan clips.

One fantastic feature of this cooler is that it comes with copper and aluminum heatsinks for VRMs and other chips on the graphics card itself. These will see more use on the AMD graphics card, but users may still wish to use them on the NVIDIA cards that have chips that get significantly hot during intensive workloads.

Sadly, at the time of writing, Raijintek hasn't released any pricing for this cooler. If users are interested in this cooler, then they should go check out the store page for this fantastic cooler!