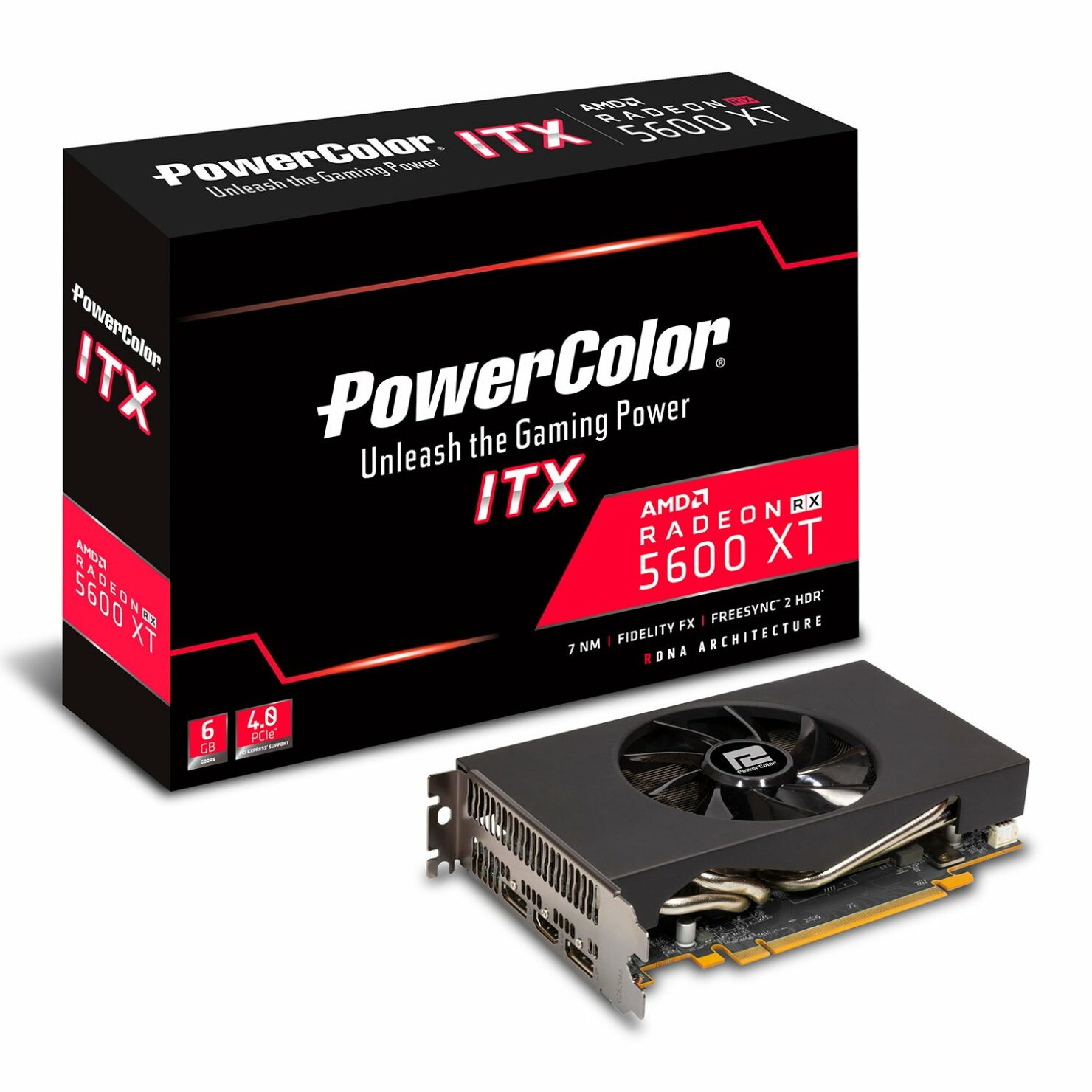 PowerColor has announced the release of the Radeon RX 5600 XT graphics card in the ITX form factor, and the website Scan Computers has the graphics card listed for pre-order and priced at £299.99. This small form factor graphics card features the microarchitecture of RDNA with a 7nm manufacturing process, a memory size of 6 GB, a single fan design. It makes use of the PCIe 4.0 interface, which offers backward compatibility for PCIe 3.0. 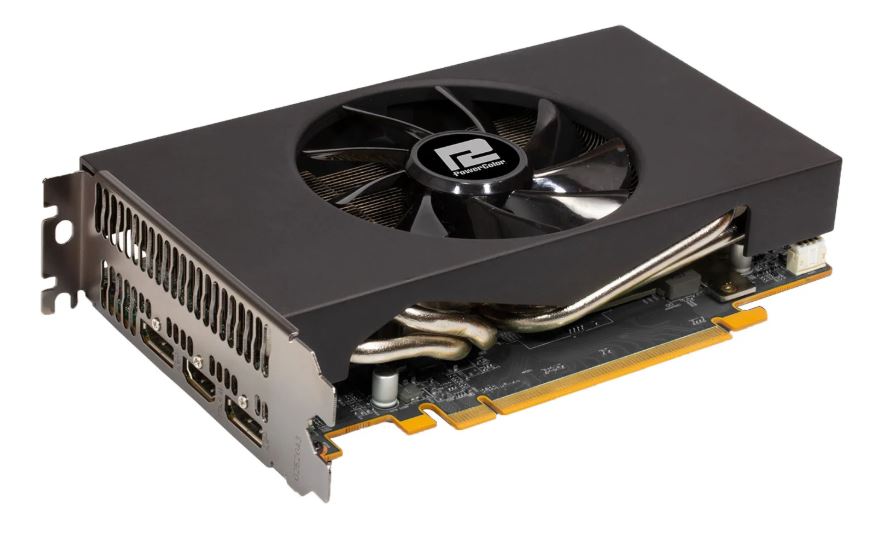 Radeon Anti-Lag reduces the overall time between when moving the mouse or hitting a key and the corresponding action being shown on screen, this feature gives very important for any gamer, especially if you are an eSports player.

The PowerColor Radeon RX 5600 XT graphics card is supported by the Radeon Adrenalin Software 2020 edition that keeps the drivers up to date and also allows users to easily customize their graphics card like the fan speed curve and much more. 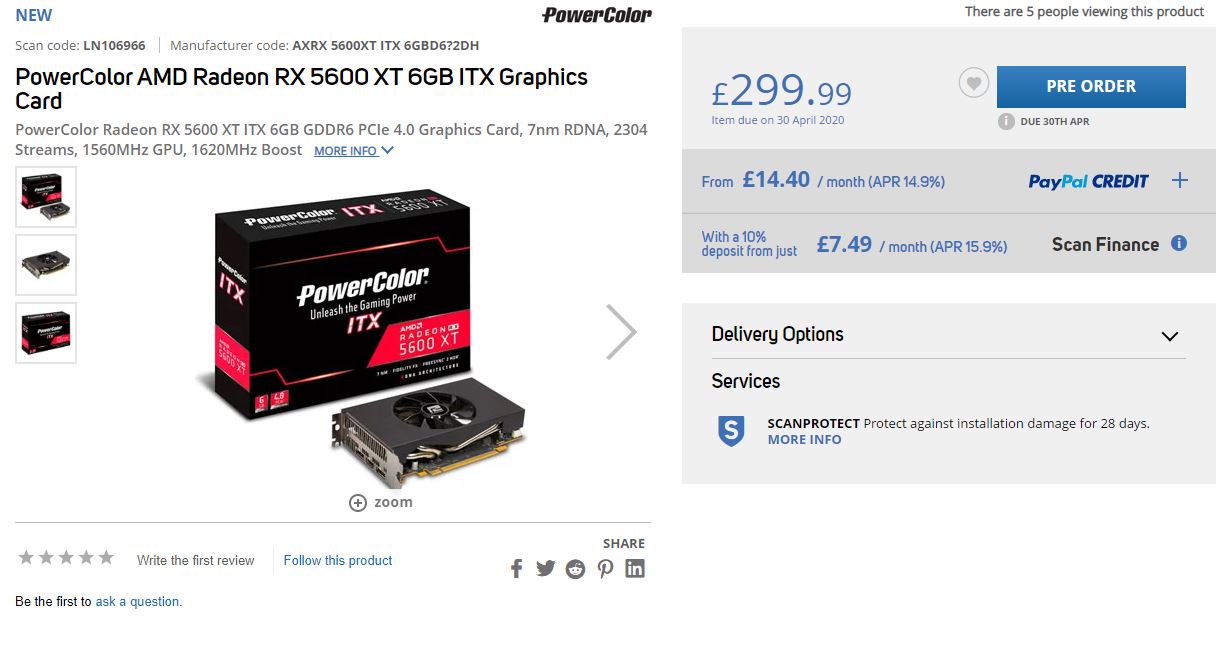 Sadly, the exact measurements of this graphics card have not been released, at the time of writing, but it is stated to be a Dual-Slot card and seemingly has a very similar design to the already released Radeon RX 5700 ITX that has dimensions of 175 x 110 x 40 mm.