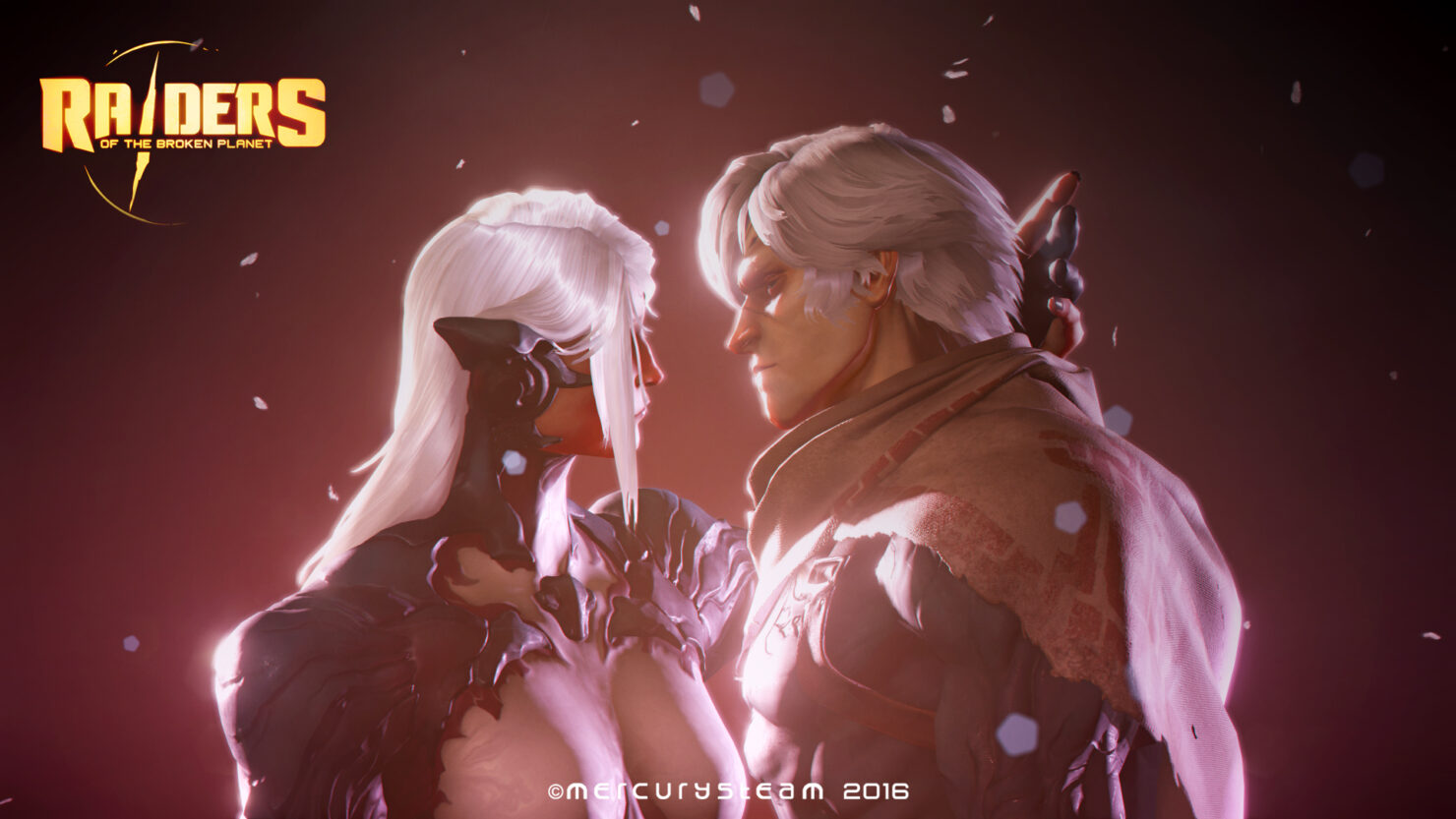 Steam keys are over, but we added 500 PS4 US keys and there are several still available for PS4 EU and Xbox One!

The first Raiders of the Broken Planet beta will take place on Saturday, May 13th to Sunday, May 14th, and we've got you covered with plenty of keys regardless of the platforms you own.

We've got 500 PC (Steam) keys, 500 PS4 Europe keys and 500 Xbox One keys; we'll also add 500 PS4 US keys tomorrow. You can redeem them exactly as you would with any other code of those respective platforms.

Raiders of the Broken Planet Beta PS4 US Giveaway

Raiders of the Broken Planet Beta Xbox One Giveaway

To celebrate the upcoming Raiders of the Broken Planet Beta, Spanish studio MercurySteam (known to the public for their Castlevania: Lords of Shadow trilogy) shared a new trailer as well as new details on the campaigns that will be available for the game.

Raiders of the Broken Planet will launch with the Alien Myths campaign soon and be followed up with three additional self-contained adventure campaigns throughout 2017. Wardog Fury, Hades Betrayal and Council Apocalypse all form part of the 2017 season of campaigns for the game. Each campaign tells a parallel story and can be enjoyed in any order and will be packed to the rafters with new missions, new characters and tons of new content each developing and growing the sci fi universe of Raiders. More details will be released soon.

Raiders of the Broken Planet is an intriguing game, for sure. It has cooperative and competitive elements that will coexist in the 4vs1 asymmetric mode, where four human players will face a human opponent who'll get the help of all the NPCs.

If you want to learn more, check our hands-on preview from Gamescom 2016. Here's an excerpt:

After playing the game and talking with Enric Alvarez and Dave Cox, I’m confident it will be a solid and rather unique title.

The art style, for instance, grabbed me instantly. According to Alvarez and Cox, the setting is basically a Western in space inspired by movies like The Magnificent Seven. The titular Broken Planet of the Lira Constellation is called like that because the inhabitants have exploited its most prized natural resource, the Aleph, which also powers in-game abilities. Nowadays, the planet is home to the entire Universe’s intergalactic scum and criminal lowlife, all here to wrest control of the Aleph and therefore control the Universe.

Just like in the recent theatrical release Suicide Squad, a bunch of rogues and villains come together for a good cause in the game, though that won’t prevent a lot of conflict between characters. Raiders of the Broken Planet has a 4v1 structure, which means that you can play the entire campaign cooperatively with your friends online; however, at some point and you never know exactly when, another human player could invade your session to play as an antagonist.

If you think that would be unbalanced, think again: the human invader will have all the AI fighting on his/her side. Another twist added by MercurySteam is that you can pick any character you want, both as a protagonist and antagonist; characters will be unlocked over the course of the story. This has the side effect of giving different perspectives on both the “good” and the bad guys.