Raiders of the Broken Planet Preview – A Surprising Gamescom Highlight 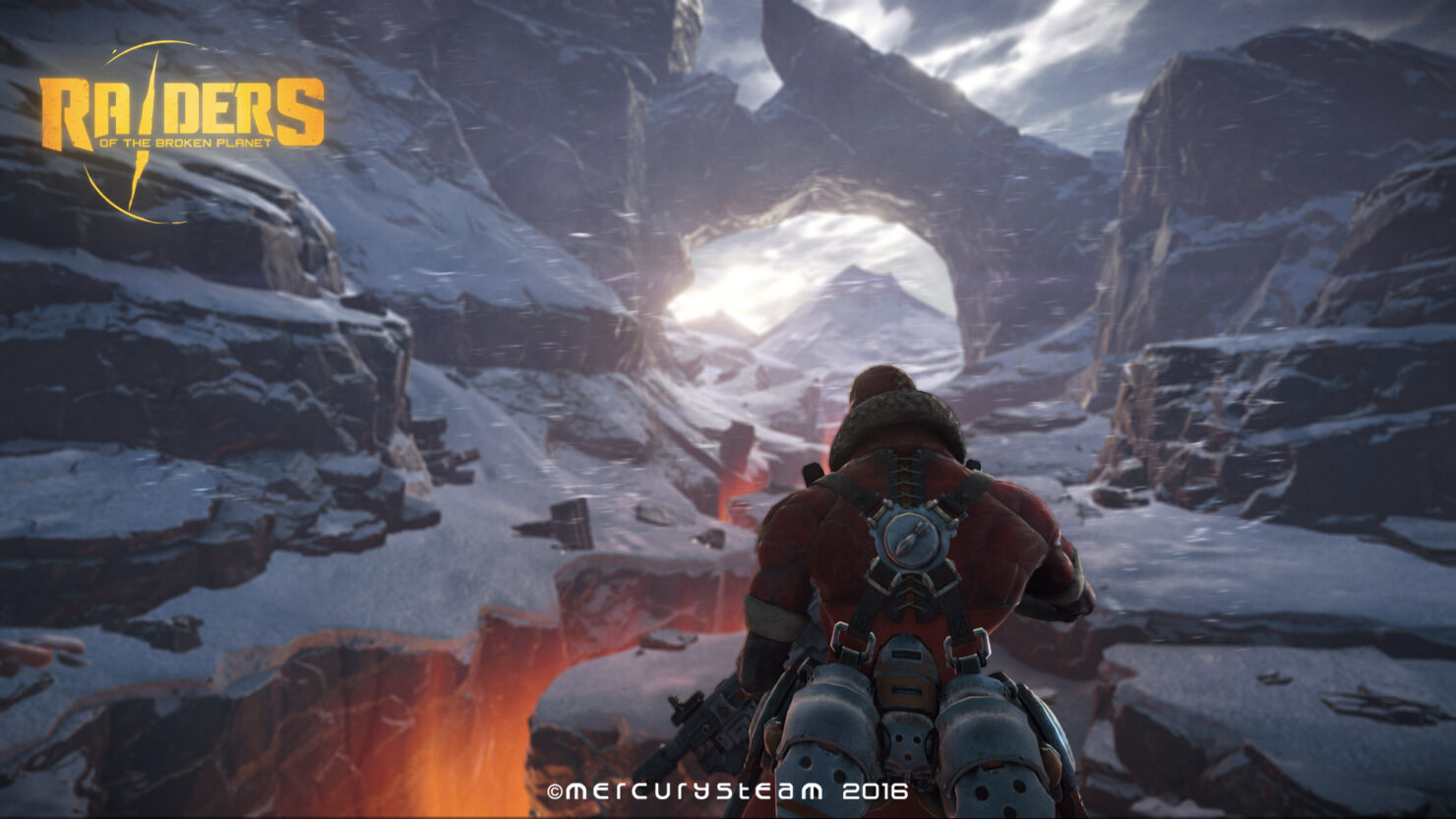 When MercurySteam announced Raiders of the Broken Planet a few months ago, the gaming community reacted quite negatively as they were expecting a story focused game, just like the Castlevania: Lords of Shadow trilogy.

Raiders of the Broken Planet is a very different kind of a game, but its premise still intrigued me and I'm happy to report that it was easily one of my highlights at Gamescom 2016. After playing the game and talking with Enric Alvarez and Dave Cox, I'm confident it will be a solid and rather unique title.

The art style, for instance, grabbed me instantly. According to Alvarez and Cox, the setting is basically a Western in space inspired by movies like The Magnificent Seven. The titular Broken Planet of the Lira Constellation is called like that because the inhabitants have exploited its most prized natural resource, the Aleph, which also powers in-game abilities. Nowadays, the planet is home to the entire Universe’s intergalactic scum and criminal lowlife, all here to wrest control of the Aleph and therefore control the Universe.

Just like in the recent theatrical release Suicide Squad, a bunch of rogues and villains come together for a good cause in the game, though that won't prevent a lot of conflict between characters. Raiders of the Broken Planet has a 4v1 structure, which means that you can play the entire campaign cooperatively with your friends online; however, at some point and you never know exactly when, another human player could invade your session to play as an antagonist.

If you think that would be unbalanced, think again: the human invader will have all the AI fighting on his/her side. Another twist added by MercurySteam is that you can pick any character you want, both as a protagonist and antagonist; characters will be unlocked over the course of the story. This has the side effect of giving different perspectives on both the "good" and the bad guys.

The first mission is also the tutorial, much like in most games. It's also the only single player mission, though technically you could unplug your connection and keep playing the whole campaign that way. Both Alvarez and Cox stressed that the real thing is only experienced while playing multiplayer, as you would expect in this case. 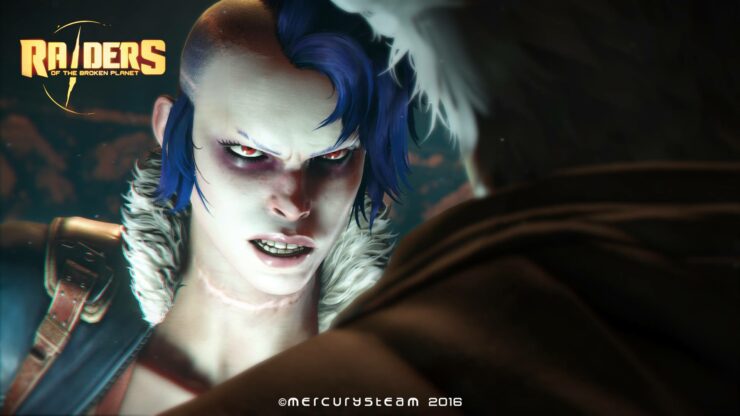 I was able to go hands-on with a rescue mission that required me to first kill a Beholder, while his endless minions tried to prevent that. As with all Beholders, the monster had certain weak spots (in this case, the red tip of its tentacles), but hitting them wasn't easy at all even though difficulty had been toned down for the occasion. You can take a look at the same mission in the gameplay video embedded below and uploaded by Everyeye.it.

Something I noticed immediately while playing is that movement feels very smooth. Animations are already pretty good and the cover system is completely seamless once you are close to an appropriate surface.

Combat is also satisfying, both ranged and melee. The latter is of critical importance, because you can only get ammunitions and loot from enemies if you finish them in melee, otherwise everything is destroyed. Another incentive to pursue this playstyle is that blind fire from cover doesn't exist in the game, as it wouldn't be fair according to the developers: in their words, "you want something, take a risk".

Raiders of the Broken Planet's gameplay is further defined by a stealth mechanic described as "stress". Essentially, due to the Aleph both your character and enemies can perceive foes through obstacles whenever they make sudden movements or use abilities, thus increasing their stress level.

I was able to finish off the Beholder, but the final boss fight proved too much after a close struggle (though to my credit, no other colleague from the press managed to finish him off). Of course, I played alone against the AI and the 4v1 affair will feel much different from a gameplay standpoint, but what I saw and played was definitely promising.

At the end of any match, each player character has a chance to get rewards based on the merit accrued during the mission. There's also a raffle system, so one player could have 60% to get a certain weapon and another 40%, provided that they are both interested in it. Alvarez and Cox clarified that these won't be straightforward upgrades, but they are more like side-grades that are meant to provide more tactical options.

As mentioned in our previous report, the game will be released in Seasons with a very low entry price. Raiders of the Broken Planet is running on an evolution of MercurySteam's engine used in Castlevania: Lords of Shadow 2 and the studio is targeting 1080P@60FPS on both PlayStation 4 and Xbox One.

There will be a PC beta later this month, with console beta tests expected later and a full release planned for 2017. Stay tuned on Wccftech for beta giveaways.