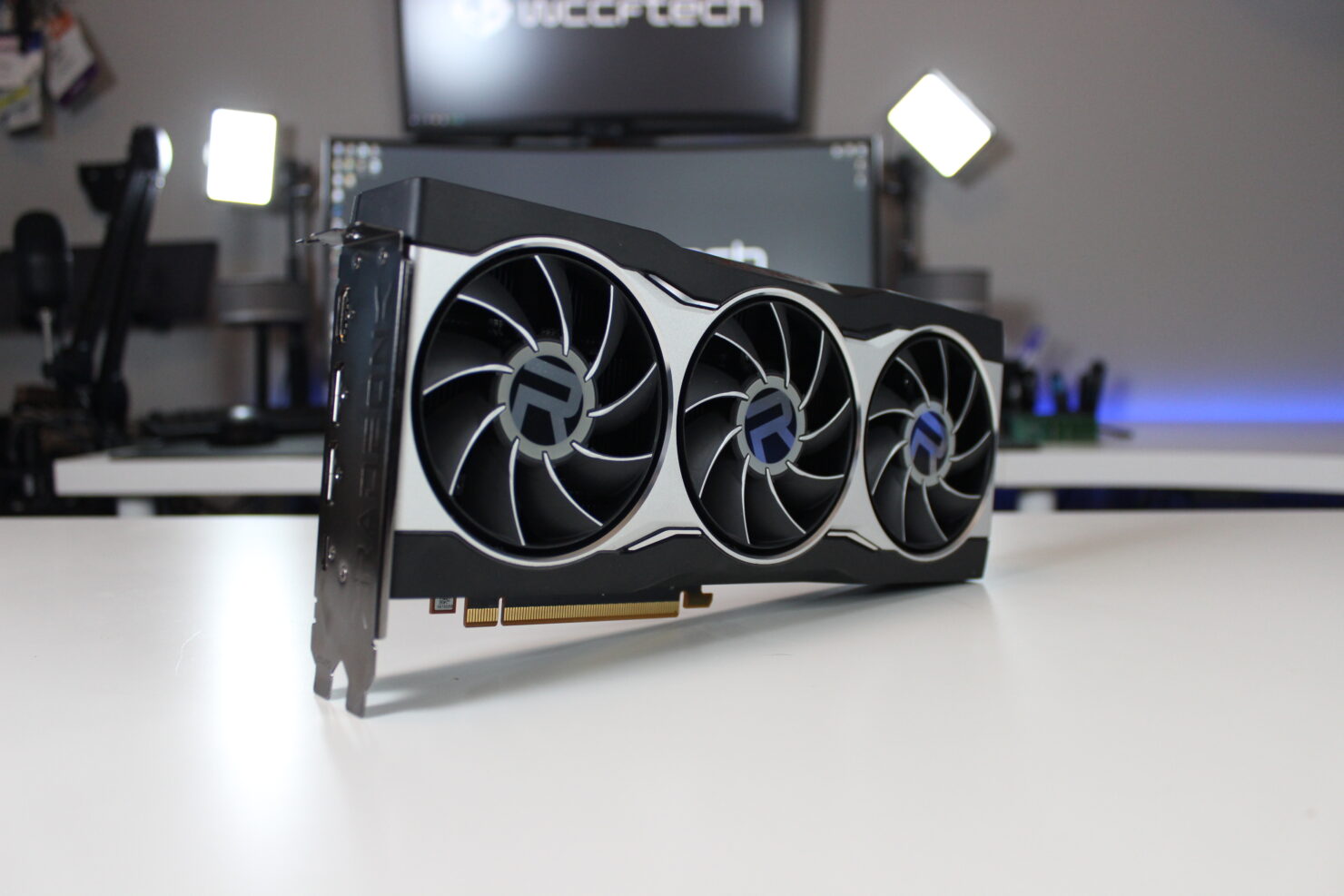 With the release launch of the Radeon RX 6800 Series, we were able to get our day one review up on time but didn't have enough time to really explore overclocking. But since then we've managed to have a few extra moments in between other launches to explore that aspect. What we really wanted to find out was whether or not this launch carried a similar result as we've seen for years on end with Radeon, can the LE catch the XT?

With the Radeon RX 6800 Series, the only real changes to each configuration are the Stream Processor count, TDP, and clock speeds. So what we wanted to do was give the Radeon RX 6800 every advantage that we could to see if it could close the gap or even eliminate the gap entirely. We overclocked the core, the memory, gave it all the power limit it could take in the Radeon Software, then we enabled Smart Access Memory. The XT was left entirely at stock clocks without Smart Access Memory enabled. Sure it's an apples to oranges comparison and you can overclock the RX 6800 XT just the same but we'll save that for something else.

As far as the overclock went we use Radeon Settings to add +15% to the power limit, set the memory to 2100MHz resulting in 16.8Gps memory, and moved the core frequency to a minimum of 2350MHz and the maximum to 2450MHz (anything over that become quite unstable, and we enable Smart Access Memory. Fired up the system and got to testing. 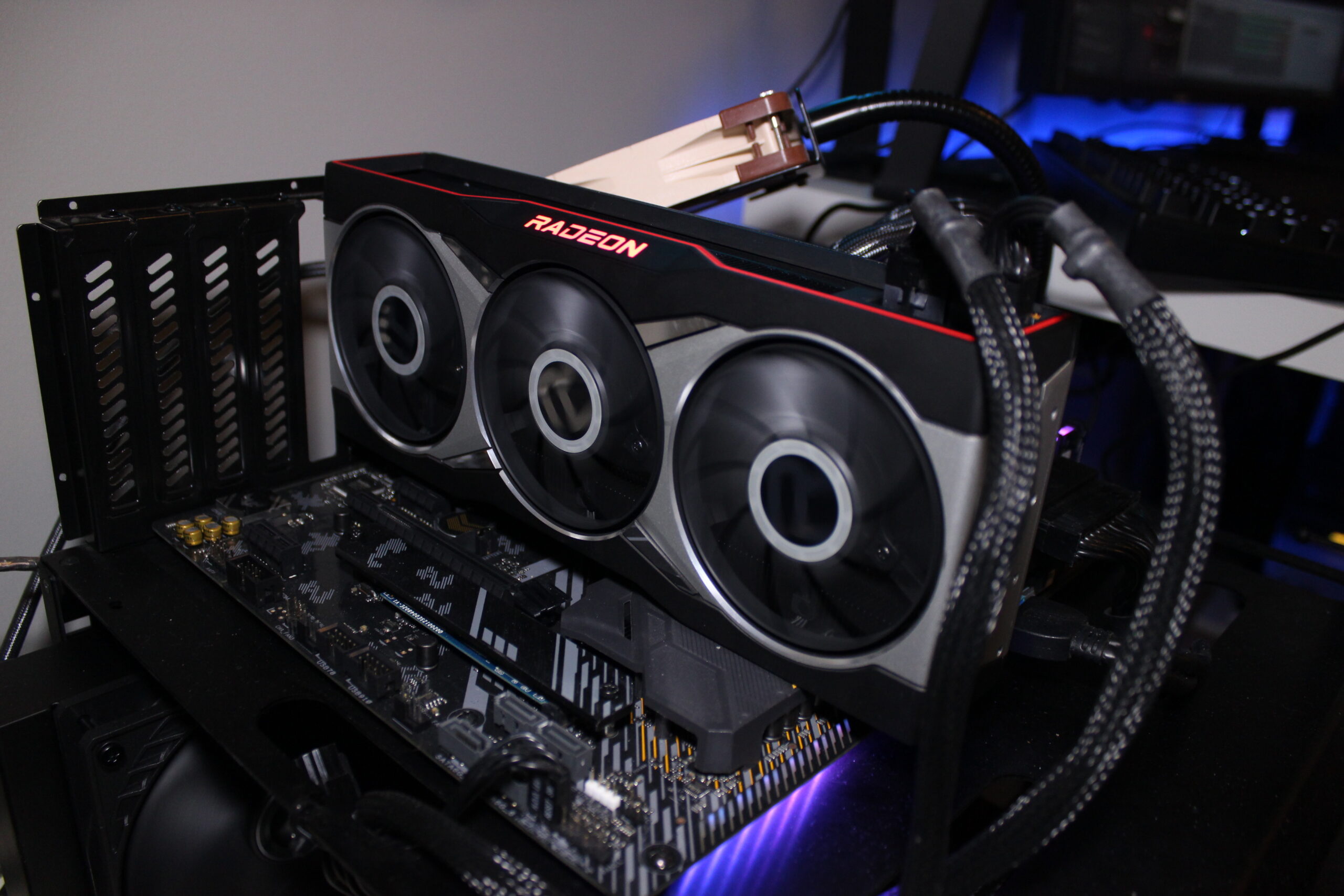 In the results, you'll see the overclocked Radeon RX 6800 Referred to as the RX 6800 Rage Fury. I figured we'd all have a little fun with this one since the RX 6800 didn't get Rage Mode.

Shadow of the Tomb Raider, unlike its predecessor, does a good job putting DX12 to use and results in higher performance than the DX11 counterpart in this title and because of that, we test this title in DX12.  I do use the second segment of the benchmark run to gather these numbers as it is more indicative of in-game scenarios where the foliage is heavy.

DOOM Eternal brings hell to earth with the Vulkan powered idTech 7.  We test this game using the Ultra Nightmare Preset and follow our in-game benchmarking to stay as consistent as possible.

Watchdogs Legions sees a return of the Disrupt Engine they've been using since the early days with the original Watchdogs but this time it has been updated to next generation feature support. Dropping DX11 for DX12 we see much better utilization than in the past. Being one of the recent top sellers it earned a place in our test suite.

Call of Duty Black Ops Cold War is the latest installment of the Call of Duty Series. Returning with DX12 support just like the Modern Warfare remake we tested this game during the opening of the Fractured Jaw level with the highest settings selected.

Horizon Zero Dawn is one of the two major PS4 exclusives that rocked their way onto the PC scene with massive acceptance and sales. Horizon Zero Dawn is powered by the Decima Engine and has been ported to DX12. We used the in-game benchmark to account for performance.

Borderlands 3 has made its way into the test lineup thanks to strong demand by gamers and simply delivering MORE Borderlands. This game is rather intensive after the Medium preset but since we're testing the 'Ultimate UW 1440p' card, High it is. We tested using the built-in benchmark utility

Total War Saga: Troy is powered by their TW Engine 3 (Total War Engine 3) and in this iteration, they have stuck to a strictly DX11 release. We tested the game using the built-in benchmark using the Dynasty model that represents a battle with many soldiers interacting at once and is more representative of normal gameplay.

Shadow of the Tomb Raider, unlike its predecessor, does a good job putting DX12 to use and results in higher performance than the DX11 counterpart in this title, and because of that, we test this title in DX12.  I do use the second segment of the benchmark run to gather these numbers as it is more indicative of in-game scenarios where the foliage is heavy. SotTR features Ray Traced Shadows as well as DLSS and we used both in the benchmarks with the game set to the 'Highest' preset and RT Shadows at High with DLSS enabled when available.

Control is powered by Remedy's Northlight Storytelling Engine but severely pumped up to support multiple functions of ray-traced effects. We ran this through our test run in the cafeteria with all ray tracing functions on high and the game set to high. DLSS was enabled for this title in the quality setting.

Amid Evil is a high energy old school shooter that seems like an unlikely recipient of RT features, but here we are with insane DXR support in a modern retro shooter. Feature RT Reflections, RT Shadows, and NVIDIA's DLSS support we had to put this one through the rounds and see how things went. The RTX version of this game is still in beta but publicly available for those who want to try it. We tested with all RT features on and DLSS enabled.

Going into this I didn't expect the Radeon RX 6800 to be able to pull off closing the gap due to the massive 12 Compute Unit deficit, but here we are. There were times that the RX 6800 'Rage Fury' overclock and tweaked setup sat right there with the  XT. Sure, it had all the advantages stacked in its favor but that's the fun part of it. Can the XT pull ahead when the same advantages are given to it? I would certainly expect it to. But this does somewhat change my perspective a bit on the oddly positioned, with no direct competitor, Radeon RX 6800. I'll end on this however, I see no situation that I could legitimately pay more for an RX 6800 card than even an entry-level XT card, looking at you AIBs on that one.

Video version here at the end for those who want to listen rather than watch.