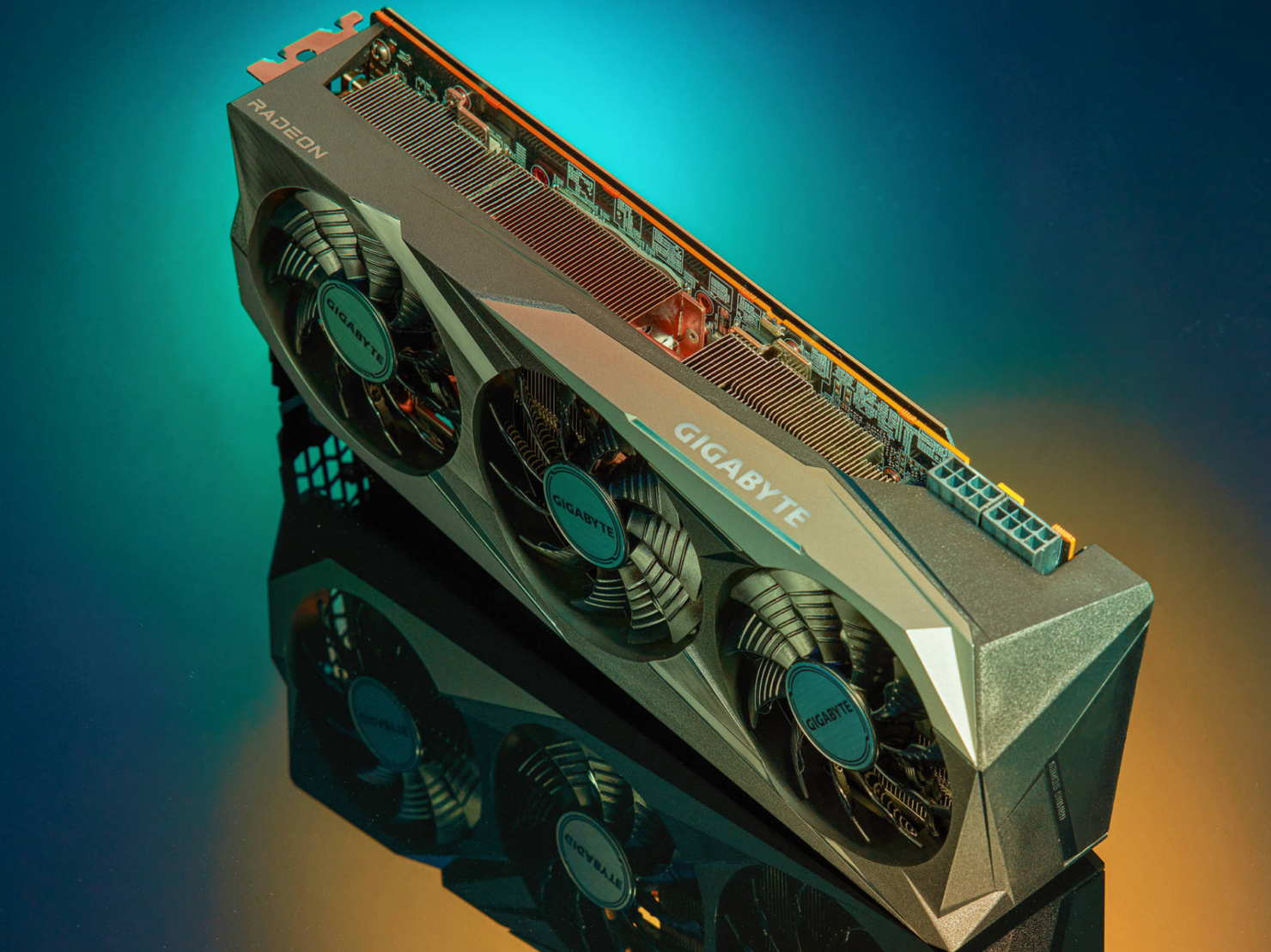 Gigabyte has lifted the curtains off its Radeon RX 6800 XT & RX 6800 custom graphics cards which will be coming in AORUS and Gaming flavors. AORUS partnered up with Dmitry Novoselov over at HardwareCanucks and various other tech tubers to present its new lineup along with information which includes the pricing of these cards.

First up, we have the Gigabyte AORUS Master variants for the Radeon RX 6800 XT & the Radeon RX 6800. Both graphics cards come equipped with a massive 3.2 slot cooling solution which features a triple-fan design. While both cards feature the same triple-fan cooling solution, each fan on the RX 6800 XT features 9 wing-claw blades while the RX 6800 features two 9-blade and a central 10-blade fan design. All cards feature alternate spinning mode and come with a massive heatsink along with several heat pipes running through it and a large copper base plate dissipating the heat off the vital components on the card. All of the cooling is part of the Max-Covered cooling design that Gigabyte incorporates on its next-gen AORUS products.

In addition to these details, the cards also come with a backplate that features the AORUS branding and logo. The AORUS brand name is lit up with Fusion RGB sync LEDs while both cards have a cut out for the third fan to blow air out of. The PCB is shorter than the cooler and that can be seen in the pictures for the card. All three variants come with a custom PCB design and are powered by 2x 8-pin connectors. One of the most interesting features of these cards is the LCD Edge view which is an LCD display that can be fully customized while also being useful by showing GPU's vitals such as temperatures, clock speeds, fan speed, etc. 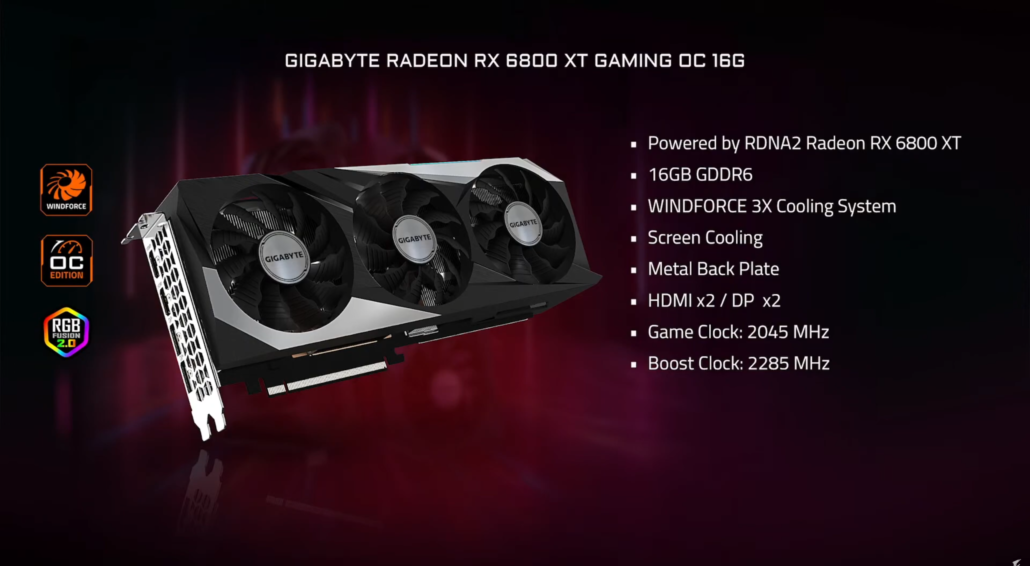 The card features three fans with 11 fan blades each and has a plastic shroud on the front which retains a matte black color theme. The cards are powered by a dual 8-pin power config and feature a standard 2 HDMI, 2 DP display output configuration.

It will be interesting to see if these cards will be able to hit the retail channels at their specified MSRPs. Currently, there's not a single Radeon RX 6800 XT or RX 6800 graphics card that has been available at its correct MSRP due to insanely low stock. Gigabyte's AORUS Master is also a more premium variant and these cards usually don't have higher stock than the standard variants. We saw this with the GeForce RTX 30 AORUS launch which was sold out almost instantly as it hit the retail segment.