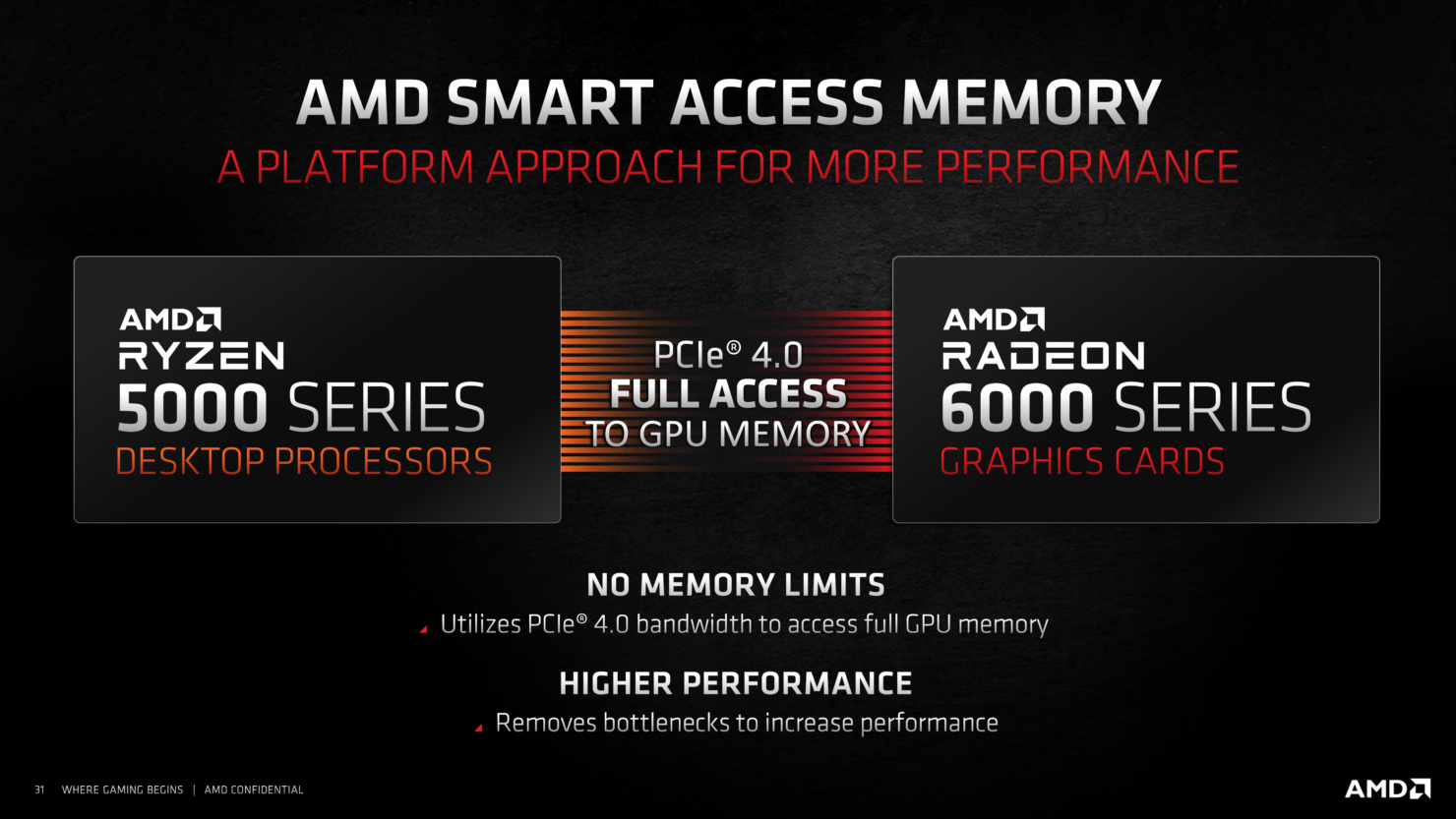 MSI has announced that its entire 500 series motherboard lineup including X570, B550 & A520 products will support AMD's Smart Access Memory feature. The tech is one of the key features supported by AMD's Ryzen 5000 and Radeon RX 6000 series platform, offering a nice boost in gaming performance.

ln conventional Windows-based PCs, processors can only access a fraction of graphics memory (VRAM) at once, limiting system performance. A core aspect of PCI Express technology, the Base Address Register (BAR) defines how much discrete GPU memory space is to be mapped.

With AMD Smart Access Memory, PCIe bandwidth is utilized to expand the data channel to fully harness the memory - removing the bottleneck to increasing performance. On paper, SAM can allow up an average of 6% improvement in performance and up to 11% gains in titles that make use of higher resolution textures. 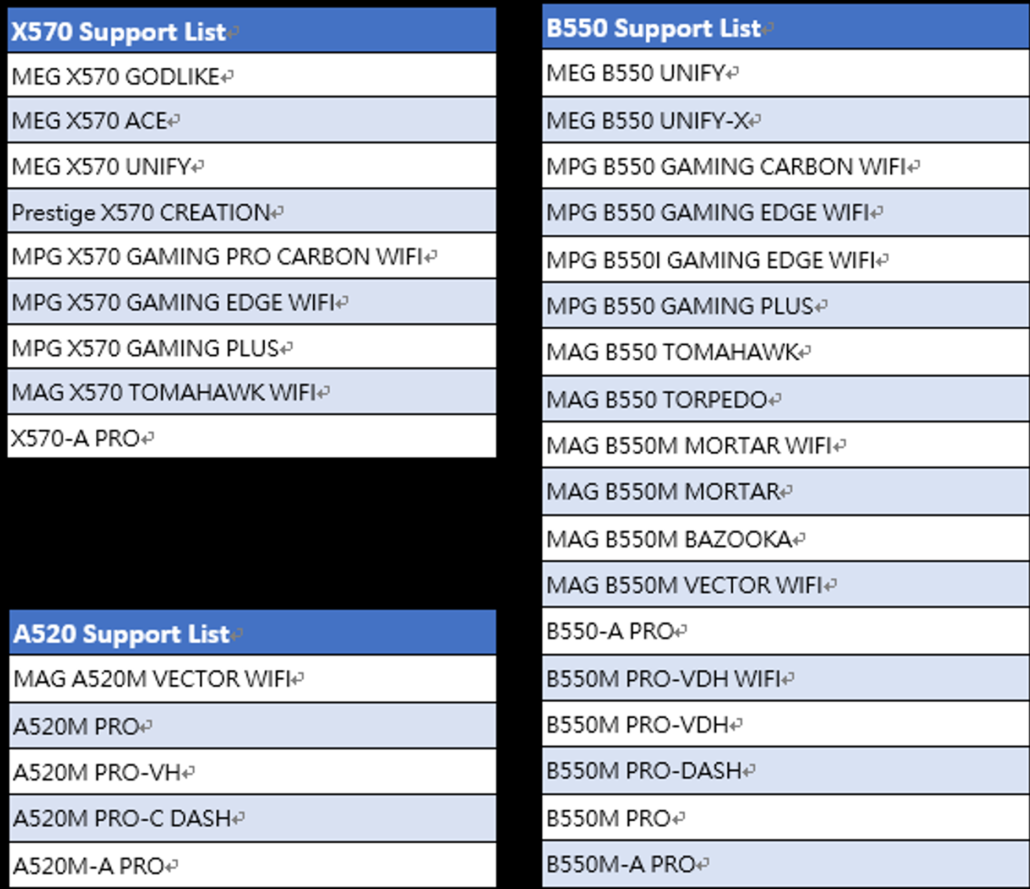 For MSI's 500 series motherboards, Smart Access Memory can be enabled by navigating through Settings > Advanced > PCI Subsystem Settings. Here you can find the option to enable or disable the Re-Size Bar feature. Once again, you need a Ryzen 5000 CPU and Radeon RX 6000 series GPU for this feature to work. 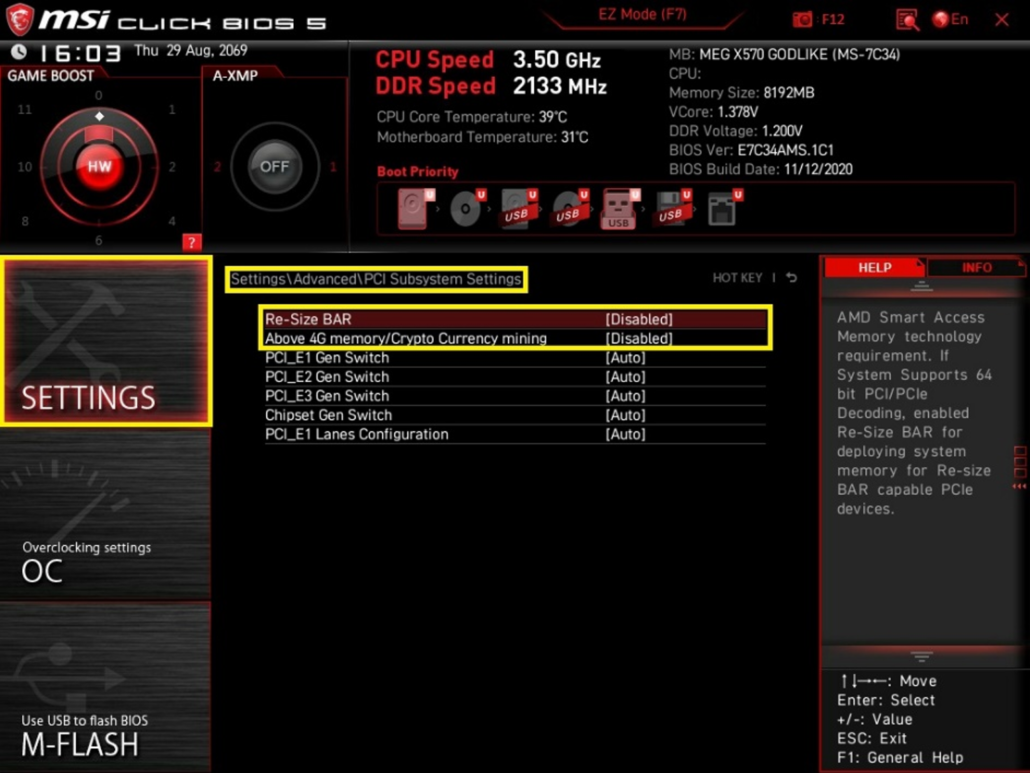 Expect to see our full AMD Radeon RX 6800 series performance review in a few hours where we will be providing you numbers of how well SAM performs in real-world gaming work-loads.