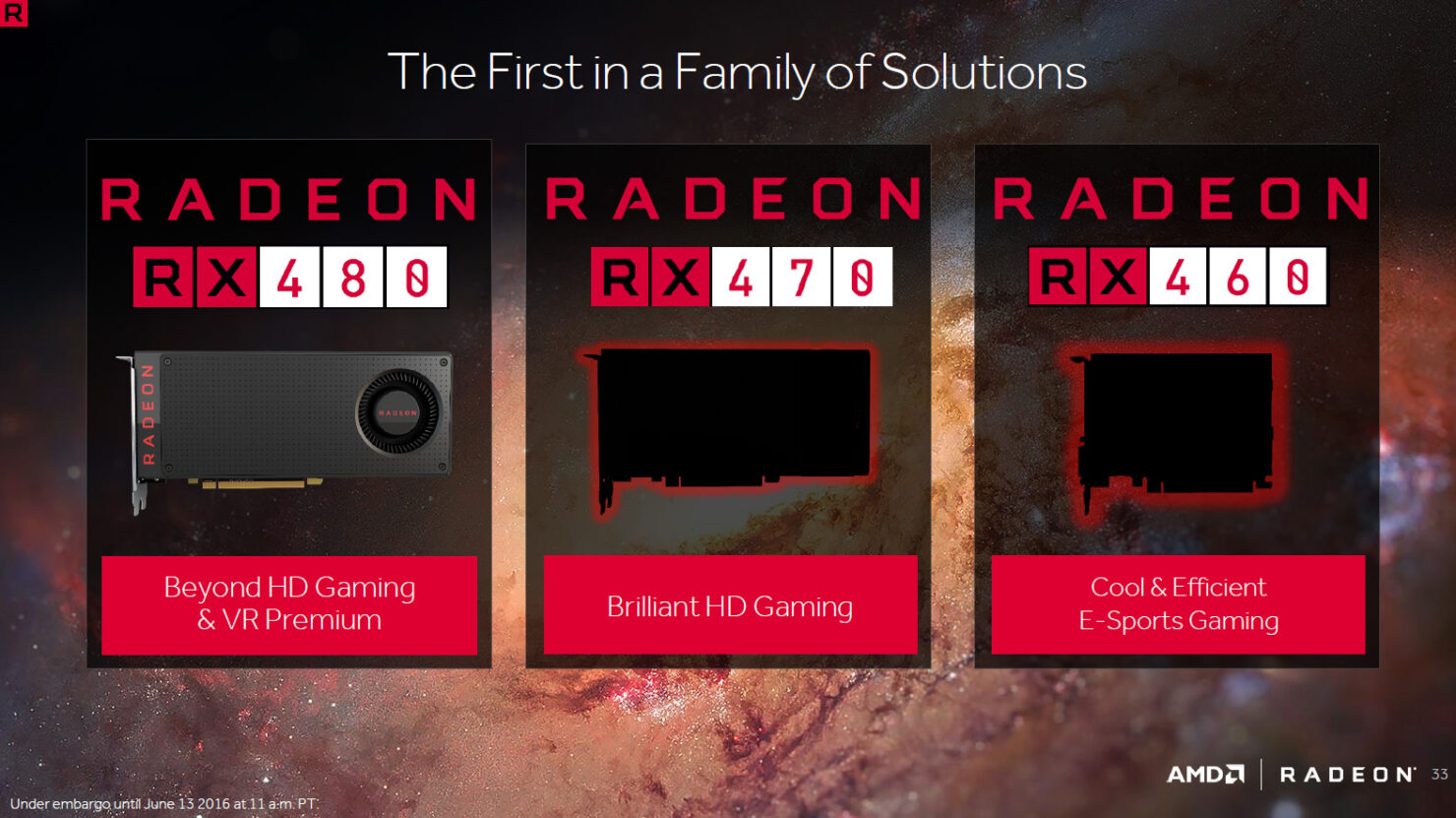 AMD recently revealed the complete lineup of RX branded Radeon graphics cards and I thought it was about time to post some more 3D Mark benches of the RX 470 including crossfire results. The RX 470 has already seen some 3DMark benchmarks before but we are going to be throwing in crossfire results this time as well. The Radeon RX 470 is based on the cut version of the Polaris 10 GPU, specifically the variant we know as 67DF:C4.

The benchmarks that you see here have been collected through searching the 3DMark database for the specific GPU in question. However, many of these are quite old and will undoubtedly represent drivers in their early and unfinished state. Instead of handpicking the benchmarks by ourselves, I will be posting all the ones we found over here so readers can go through it at their leisure. I can tell you this though: the Radeon RX 470 targets the VR minimum spec (and succeeds at it!). Considering that this card will be priced (MSRP) under the $200 mark, probably around $150, this card will offer absolutely insane value and bring VR gaming one step closer to the reach of mainstream PC gamers.

As you can see from the single card benchmarks, the RX 470 is on average 4000-5000 points behind the RX 480 which averages a graphics score of around 18000 (with P-Scores ranging around 14500 points). This is something that is quite expected, considering both have the Polaris 10 chip (with the RX 470 housing the cut version with slightly less SP cores). If we are looking at 64 SPs to a single CU ratio that AMD has used in the past then the RX 470 could have SPs in the 2048 range. Since the full Polaris 10 GPU has 36 CUs that would  put the RX 480 at a cool 2304 SPs. However, there have been instances in the past where AMD has hinted that it might not be sticking with the 64 SP to 1 CU ratio this time around, so until the official numbers are out, the exact count remains suspect.

Here is the best thing however, the RX 470 manages to score the minimum VR spec across all the samples we came across. The minimum number we saw was in 13000 points range with overall P-Score around 12000 (which is the minimum VR spec in the 3D Mark 11 benchmark). On the last few runs however, the graphics figures shot as as 16000! Due to the fact that AMD has had time to refine drivers, we believe that the 16000 figure is a much more accurate representation of the performance the RX 470 will give when it finally hits the shelves.

We also found dual crossfire benchmarks for the AMD RX 470 with the combined setup reaching an impressive 24000 points worth of graphics score and 16000 p-score (which is just shy of the 4K mark as denoted by the 3DMark 11 database). Most of the other dual GPU benchmarks on the 3DMark database right now did not have CrossFire enabled and this number could very well be an initial performance figure with early drivers.

The Radeon RX 470 is shaping up to offer even more value than the RX 480 considering it will be able to offer solid gaming performance to a market segment that is usually quite neglected. Since the RX 480 has an MSRP of $200, it goes without saying that we are looking at a price range of somewhere around the $150-$160 mark. Putting a VR capable GPU in the hands of gamers in exchange for just $150 is an absolutely huge deal. It actually means that AMD has started paying attention to the niche that are usually served as a second thought by these IHVs. This strategy by AMD is in-line with its aim to expand the Total Available Market for VR, and at odds with the strategy Nvidia follows.