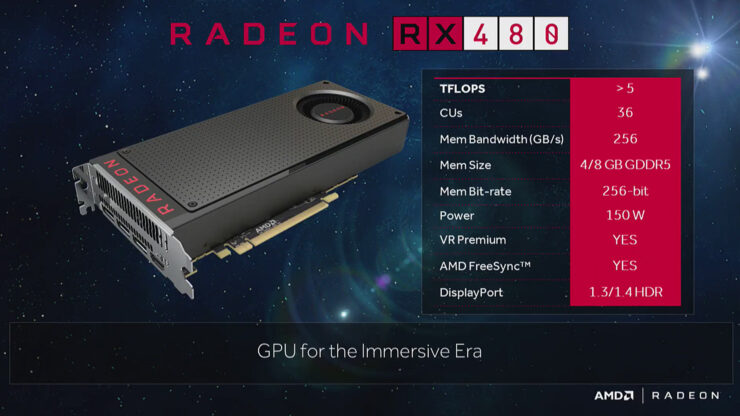 Its been a few weeks since AMD unveiled the new RX 480 graphics card based on the Polaris 10 GPU. However, there is still some time to go before the NDA lifts and reviews of the same are published. While we are waiting for that, we found some 3DMark benchmarks of the Radeon RX 480 which show its performance amongst the ranks of modern GPUs. The new 14nm FinFET based offering from the chip manufacturer will be able to provide the necessary juice to power VR HMDs such as the Oculus Rift and the HTC Vive.

The benchmark itself can be found over at 3DMark database and lists the graphics card as an unrecognized Generic VGA. We can be sure it is indeed the RX 480 because the clock speeds and memory clocks match with the Polaris Tech Day demo not to mention that the device ID listed is indeed "67DF:C7". The card achieves a P-Score of 14 461 points, which is above the minimum VR spec and about halfway to a 4K ready gaming PC. The variant tested here is the 8GB one, although the GPU score will remain more or less the same across both memory configurations. 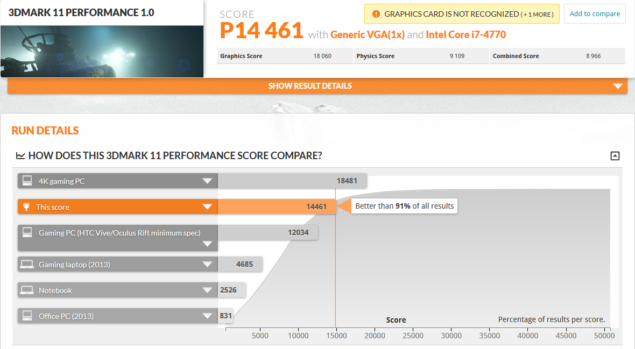 The performance we are seeing here is pretty insane for a $199 card although actual AIB pricing will be slightly above this mark in all probability. You are looking at performance levels of the Radeon R9 390 at almost 40% discounted off the starting MSRP and nearly twice the power efficiency. AMD has been marketing the card as a good option for gamers that might want to go with an RX 480 CF configuration although the exact aggregate performance in those conditions remains to be seen (not to mention multi GPU setups are still far from perfect, whether it be Nvidia or AMD).

As the nomenclature of the card suggests however, this is not the flagship graphics card of AMD's 4xx lineup. We have previously spotted some pretty beefy looking cards making the prototyping rounds and Vega is being prepped for a release either later this year or early 2017. AMD will also be releasing its Zen based processors this year which will do something similar with Intel's offerings. VR is the next frontier for graphics card manufacturers to conquer and AMD appears to be going all in on that count. 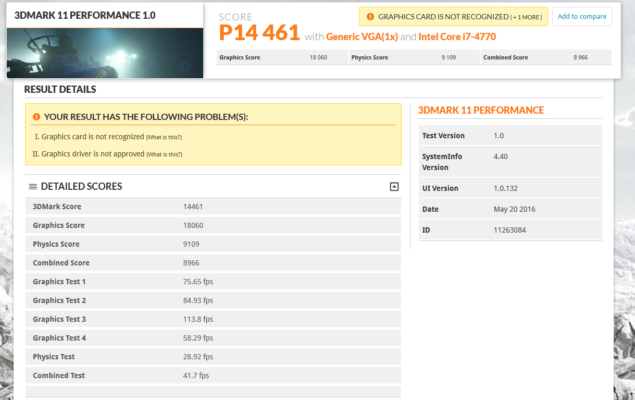 With a manufacturer suggested retail price of just $199 the RX 480 aims to be the king of the hill when it comes to the value proposition. It would allow AMD to not only under-cut the superior performance of the GTX 1070 and GTX 1080 in terms of sheer performance per dollar, but would also likely increase AMD’s market share – reaching a segment of the market that Nvidia did not reach out to. These are the gamers and professionals which want in on the VR experience and with headsets like the Rift and Vive already breaking the bank, will not want a very expensive GPU on top of that.

AMD’s strategy could prove to be effective in a situation where the user is already spending $599 to $799 (and even above) and wants to limit the total expense of shifting to VR. The GTX 970 can (at the time of writing) be found on Amazon for $309. A $199 priced RX 480 would be $100 cheaper and significantly faster. The new graphics card will have VR certifications from both HTC Vive and Oculus Rift – not to mention the added bonus of DX12 Asynchronous Compute support. The card (and the reviews of the same( will be landing by late June (the NDA lifts on the 29th to be exact).