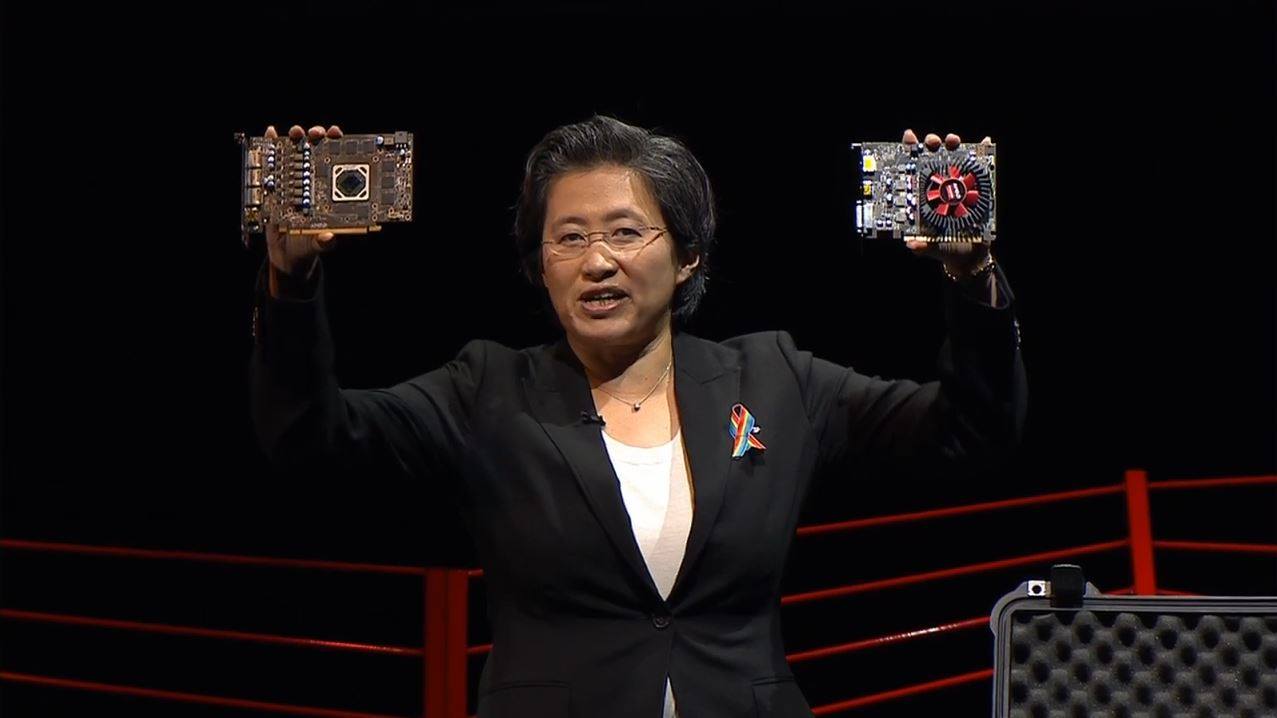 AMD is announcing two additional graphics cards based on the 14nm FinFET Polaris architecture here at E3, the Radeon RX 470 and RX 460. This is in addition to the Radeon RX 480 that the company announced a couple of weeks ago at Computex.

The Radeon RX 480 will provide what AMD describes as a "premium" VR experience for both the Oculus Rift and HTC Vive head mounted displays and will only cost $199. The graphics card comes with even better low level DirectX 12 and Vulkan API support via ntrinsic shader instructions and a comprehensive Async Compute implementation. In terms of I/O the card supports HDMI 2.0b and DisplayPort 1.3 & 1.4. The card also features hardware h.265 encoding and decoding, enabling 4K streaming at 60 FPS.

The Radeon RX 480, RX 470 and RX 460 will address different segments in the markets. The RX 480 is positioned as the most affordable premium VR and 1440p gaming graphics card. On the other hand, AMD is targeting what it calls "high definition" gaming with the Radeon RX 470. What that basically means is 60 FPS 1080p. The Radeon RX 460 which is the smallest member of the Polaris family that we've seen yet, we're told is geared towards MOBAs such as League of Legends.

Raja Koduri, Senior Vice President & Chief Architect at AMD"s Radeon Technologies Group had this to say about the RX 480 :

“Gamers and consumers today are being left behind. Today only the top 16 percent of PC users can afford GPUs that deliver premium VR and gaming experiences. Hundreds of millions of gamers have been relegated to using outdated technology. Notebook gamers are often forced to compromise. And tens of millions more can only read about incredible PC VR experiences that they can’t enjoy for themselves. That all changes with the Radeon RX Series, placing compelling and advanced high-end gaming and VR technologies within reach of everyone.”

Lisa Su confirmed that the 14nm FinFET powered Polaris based Radeon RX 400 series will address a wide range of market segments and needs. From a price point as low as $99 and as high as $299. We've yet to see AMD's $299 graphics product, what is presumably going to be called the RX 490. AMD is keeping its cards close to its figurative chest but there's little doubt that as we get closer to the June 29 launch date that we'll learn more about the company's RX 400 series lineup. Including the $299 graphics graphics card that the company has yet to announce. We'll make sure to update you as soon as we learn more, so stay tuned.

- Extraordinary VR experiences at price points never offered before -Previewed at Computex, the Radeon™ RX Series will expand the VR ecosystem by democratizing exceptional VR experiences, making them available to many form factors and millions of consumers by lowering the cost barriers to entry.

- Console-class GPU performance for thin and light notebooks - Gaming notebooks have traditionally been large and cumbersome or under-powered for today's gaming needs. The Radeon™ RX Series addresses this with flagship technology that effectively gives mobile users GPU performance that rivals that of consoles with exceptionally low power and low-z height to drive thin, light and high-performance gaming notebooks, and 1080p 60Hz gaming experiences for both eSports and AAA titles.

- Superior technology engineered for unprecedented performance - The Radeon™ RX Series features the most advanced graphics and gaming technologies ever seen in a GPU priced under $300 SEP, delivering cutting-edge engineering to everyday PC gamers and VR consumers. The Radeon™ RX Series harnesses the revolutionary Polaris architecture optimized for the 14nm FinFET process, the most cutting-edge process technology in the world featuring the smallest transistors ever used in a GPU, engineered to deliver unprecedented performance and power efficiency from incredibly small and thin chips.

- Extraordinary VR experiences never widely affordable before - With models starting at $199 SEP, the Radeon™ RX 480 is the most affordable solution for a premium VR experience, supplying the graphics capability necessary to bring high-quality PC VR experiences from Oculus and HTC3 to anyone who wants it.

- Future-proof technologies - The Radeon™ RX Series continues the Radeon™ tradition of innovation, like being first to 14nm FinFET process technology, first in memory types and bandwidth like HBM, and first to support low overhead gaming APIs. Gamers will enjoy these products for a long time to come with a range of "future-proof" benefits including:

-- Radeon Software designed to provide the best performance, features, stability and control - Equally as sophisticated as the Radeon™ RX Series graphics cards is the software that powers them. Radeon Software enables the ultimate in performance, features and stability to ensure an exceptionally smooth and fast out-of-box experience, and one that gets better with age as updates roll out.