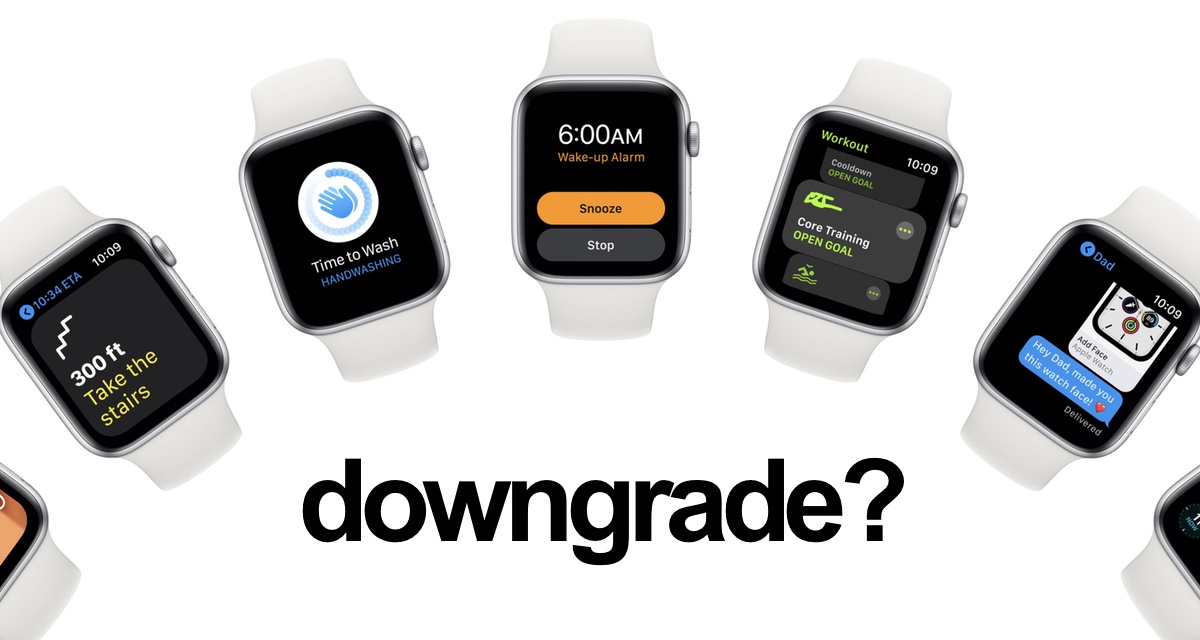 Apple has seeded watchOS 8 RC to registered developers and public beta testers. You can't downgrade back to watchOS 7 once you make the jump.

It is not a secret at all that Apple does not allow downgrading back to older firmware on Apple Watch. Although we've mentioned this clearly several times in the past, but it is still worth a shout at this point as well since watchOS 8 RC is out and many people will be updating to the firmware in sheer hype.

If you are already running the beta of watchOS 8 and have upgraded to watchOS 8 RC, then you can just stop reading right here since you already know what you have gotten yourself into, which is obviously not a bad thing in any way. But, if you are brand new to betas and massive software updates, then you should know that once you make the leap to watchOS 8 from watchOS 7, you cannot downgrade back to the older firmware if you don't like the new one whatever reason.

The magnetic cable that Apple ships with Apple Watch can only be used for charging and it is not possible to use it for firmware downgrades, or even upgrades. Once you upgrade to anything at all, even a beta, you have to stick with it until you are taken to final route, in this case, the watchOS 8 RC build and subsequently watchOS 8 final in a few days.

If you are super skeptical about the update, then we recommend holding back for a while and see what other users have to say about it. Going through forums and social media posts is usually helpful during this time so that you get an idea whether it is a good idea to upgrade or maybe just hold back for a few days.