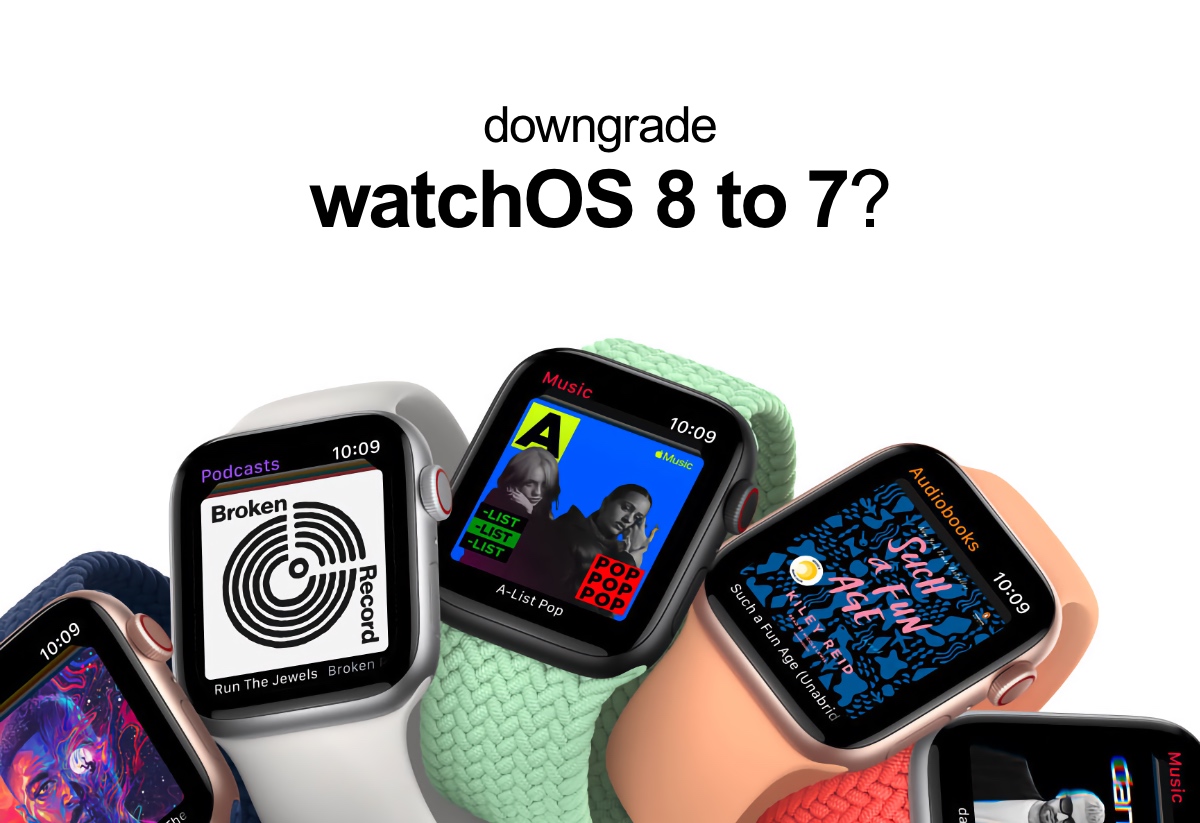 If you are hoping to downgrade from watchOS 8 beta to watchOS 7.x on Apple Watch, please know that you cannot do that.

Wondering Whether or Not You Can Downgrade from watchOS 8 Beta? We have Some News for You, Mostly Bad

It is no secret that watchOS updates cannot be dealt with in the same manner as iOS and iPadOS updates. You cannot jump from one firmware to the other as you please. If Apple releases an update, you either have the option to stick around with the older firmware as long as you like or just install the currently available update, whatever it might be.

So, with that in mind, we are assuming that you got super excited about watchOS 8 and decided to give it a go on your Apple Watch. You came across a ton of bugs, rightly so, because it is a beta, and you have decided to make things right by simply downgrading to watchOS 7.

You cannot downgrade from watchOS 8 beta to watchOS 7

The reason why you cannot do that is simple - the Apple Watch does not come with a cable that lets you interface the device with your PC or Mac in order to perform a downgrade.

You only have the option of constantly installing watchOS 8 beta updates until the final version becomes available to you later this year. Once that is installed, you are back on track with regular updates.

Given this entire situation, it is a good idea to install such updates on devices which serve the purpose of a spare or are meant to test out beta updates only. If you are planning to install the update on your primary device, we will not recommend it at all. At least not in the initial days of betas where things can be super rocky.

We really wish Apple would let everyone downgrade back to watchOS 7 using some method. Maybe take a hint from how Android handles beta updates, where a final version is simply pushed to you over the air, provided you un-enroll your device from the beta program. So far, Apple has nothing like that on the table.

There you have it, if you were wondering whether or not you can jump away from watchOS 8 and back to watchOS 7, you now have the answer, which is a resounding NO.

Want to learn more about watchOS 8 and its new features instead? Then check out the following: