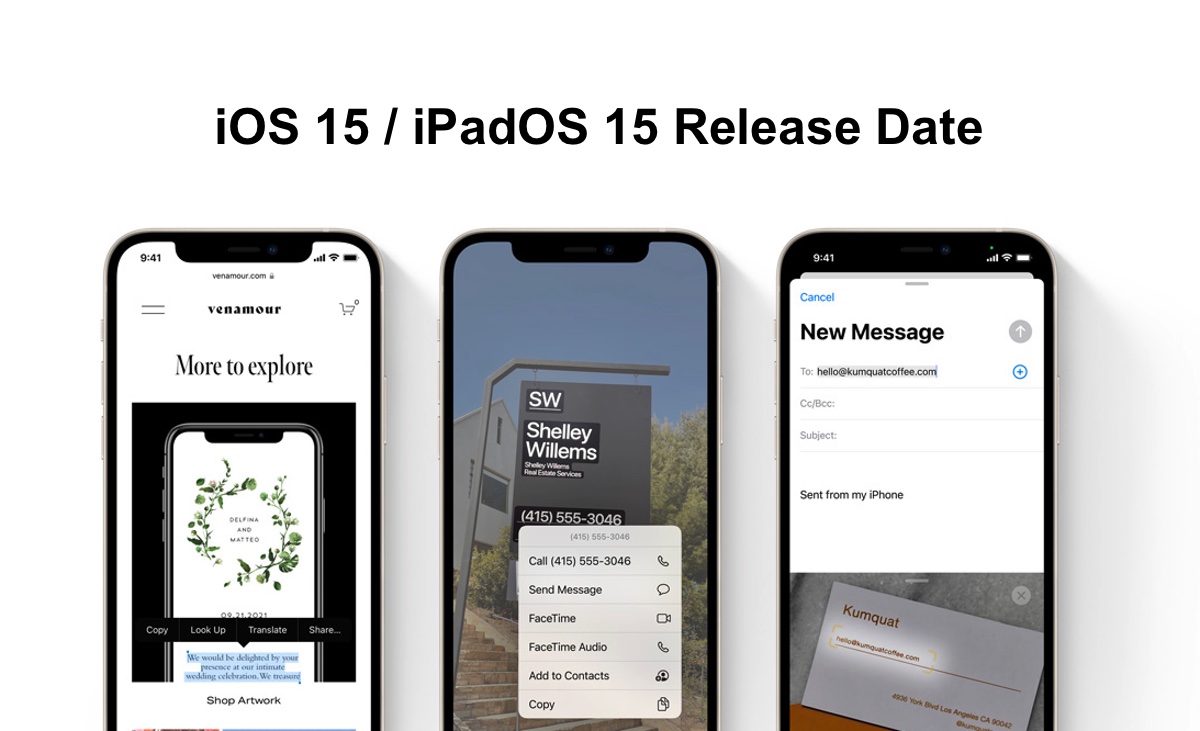 Apple has officially announced the release date of iOS 15 and iPadOS 15 final updates for iPhone and iPad.

We have been treated to a boatload of betas over the past few months. Today, Apple brings us closer to the final build of iOS 15 and iPadOS 15 with the release of the RC build for developers and public beta testers.

But when will Apple release the final version of the software to everyone? According to the Cupertino company itself, you will be able to download and install the full and final version of iOS 15 and iPadOS on September 20th. It's best you save this date to your calendar so that you are on the top of your game when the new software arrives.

Don't want to sound like a showstopper or anything, but I will somewhat advise against downloading the update on the above date. If history has taught us anything, it's that Apple's servers are going to be hammered by millions of devices attempting to download the new update. Even if the download goes through smoothly, there is a chance that you might encounter verification issues from Apple. Therefore it is a good idea to give it a few hours before attempting to update any of your devices. You will thank us later.

Anyway, save the date, so that you know when the new software update will come out. There is very, very little chance that Apple will delay anything now since it has given out the official release date for iOS 15 and iPadOS 15.