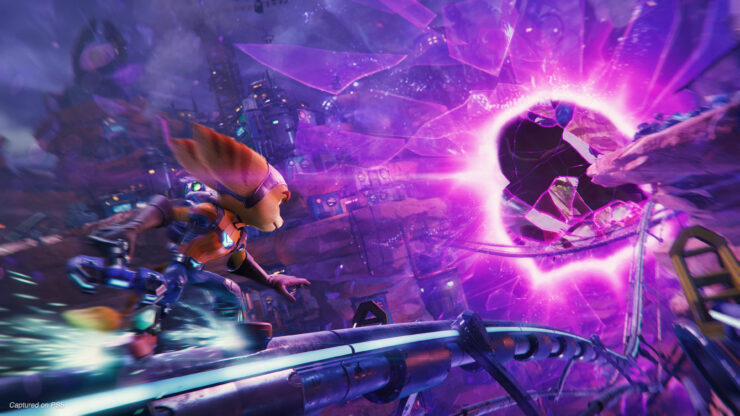 One of the biggest PS5 launch titles was certainly Insomniac's Marvel's Spider-Man: Miles Morales and the Californian studio is set to lead the charge in 2021 again for Sony thanks to Ratchet & Clank: Rift Apart. In fact, this new title will be a proper PS5 exclusive instead of being available cross-generation on PlayStation platforms.

In an interview published today on GamesRadar, Marcus Smith, creative director at Insomniac, explained how the PS5 was a paradigm shift while developing Ratchet & Clank: Rift Apart.

Insomniac is so out of control that several of our designers are wanted across several star clusters. It has been an incredibly rewarding process of learning to shed outdated 'best practice' that has been in place due to constraints of loading times. While so often new hardware feels like an upgrade to visuals alone, working on the PS5 has been a paradigm shift in the way we do all things, from the near-instant level loading to 3D audio design, and yes, an enormous leap in visuals. It's exciting to think that we're still so early in the lifecycle and everyone is just scratching the surface of what can be done. So excited to know it's only going to get crazier!

Later in the interview, Game Director Mike Daly went into great detail to reveal how the PS5 controller enhances the gameplay experience of the game.

Weapons are always at the forefront of the Ratchet experience, and the DualSense gives us powerful new tools to take each weapon's unique personality even further. We combine haptics with the controller speaker to make the physical aspect of firing a weapon feel distinctly textured and believable. The expressiveness of the controller is very valuable here, as our weapons all look and feel very different from one another, so it wouldn't be nearly as convincing if all of them had a similar basic rumble.

The adaptive triggers not only give us another channel for weapons to feel unique but, in some cases, they enable extra functionality. Partially pulling the trigger or feathering it gives us a way to add nuance to weapon functions that just weren't possible before as the trigger itself couldn't give feedback. Our Burst Pistol, for example, can be fired accurately by pulling the trigger up to a middle threshold or you can pull through to go all out at the cost of accuracy. It's much more intuitive to have this secondary function directly on the trigger than have players learn different buttons for it. It's that much easier for you to get into the flow of combat and execute advanced strategies without having to think of the controls.

Ratchet & Clank: Rift Apart doesn't have a release date, but it's expected to launch in the first half of this year for the PS5. Stay tuned for more.