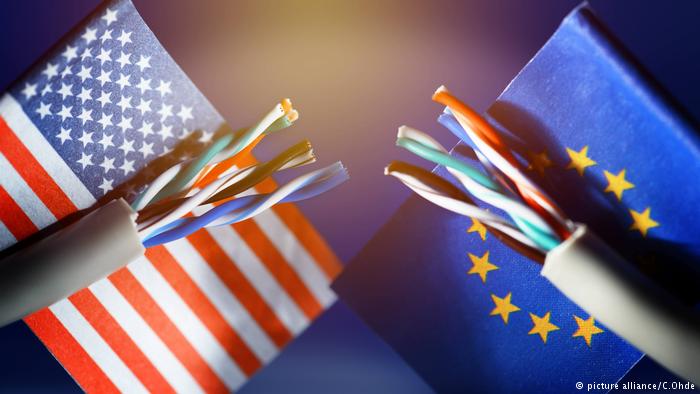 Data transfer agreement between the United States and Europe is facing its first progress report from the European Commission just after over a year of its going live. Known as the Privacy Shield, the controversial transatlantic agreement was designed to safeguard citizens' data when transferring across the ocean.

The EU Justice Commissioner, Vera Jourova, is currently in Washington for the first review of the EU-US Privacy Shield that was meant to strengthen the protection of Europeans whose data is stored on US servers. While over 2,400 US companies signed up to the pact, including the tech giants like Microsoft, Facebook, and Google, some believe it isn't actually being followed by many companies.

EU-US Privacy Shield will likely be passed, but the new administration's faltering stand on privacy could come under scrutiny

Following the revelations of the United States spying on basically everyone, the European Court of Justice had struck down a 15-year old deal that was supposed to ensure commercial data flows between the US and EU safely. Replacing "Safe Harbour," the new pact called Privacy Shield was put in place amid more controversies like the Snowden leaks of NSA's mass surveillance programs. While tech companies tried to ensure the flow of data, Europe wanted the US companies to comply with EU's tough data protection laws when the data moved across the Atlantic.

"We Europeans insist on having our data protected," Jourova told the FT. "I expect there will be gaps identified by the review and some proposals for improvements but I don’t expect we will reopen negotiations again."

One issue that will likely be focused on during this review will be the role of the US ombudsman for Privacy Shield. The seat is still empty and the role has been defaulted down to Judy Garber, acting assistant secretary in the Bureau of Oceans and International Environmental and Scientific Affairs.

"We are patient but cannot be patient forever. We will ask when we can expect the fully fledged heads of these important offices to be put in place."

In a statement last week, the White House said that it believes the Privacy Shield review "will demonstrate the strength of the American promise to protect the personal data of citizens on both sides of the Atlantic." The Commissioner in an interview with Deutsche Welle said that the WH statement made her day. "But of course we came here to check and we want to look at a number of detailed questions about how the Privacy Shield works in practice," she added (emphasis is ours).

"And on the national security side we also wanted American officials to commit themselves to not applying any excessive access to data. This system is based on trust and control. And so the review will be a moment of truth."

Jourova also added in the DW interview that "America First" should not mean "American Only."

According to FT, EU was "in 'advanced' talks over an EU-Japan Privacy Shield following Brussels’ agreement in principle over a free trade deal in July." The UK has also agreed to mirror the European Union data protection laws following Brexit.

The two-day review has been started by the EU justice commissioner Jourova and US secretary of commerce, Wilbur Ross. The review will be followed by senior officials from the European Commission visiting Silicon Valley where Jourova will likely meet Google and Facebook, among other tech companies. The joint report will be published in the second half of October.