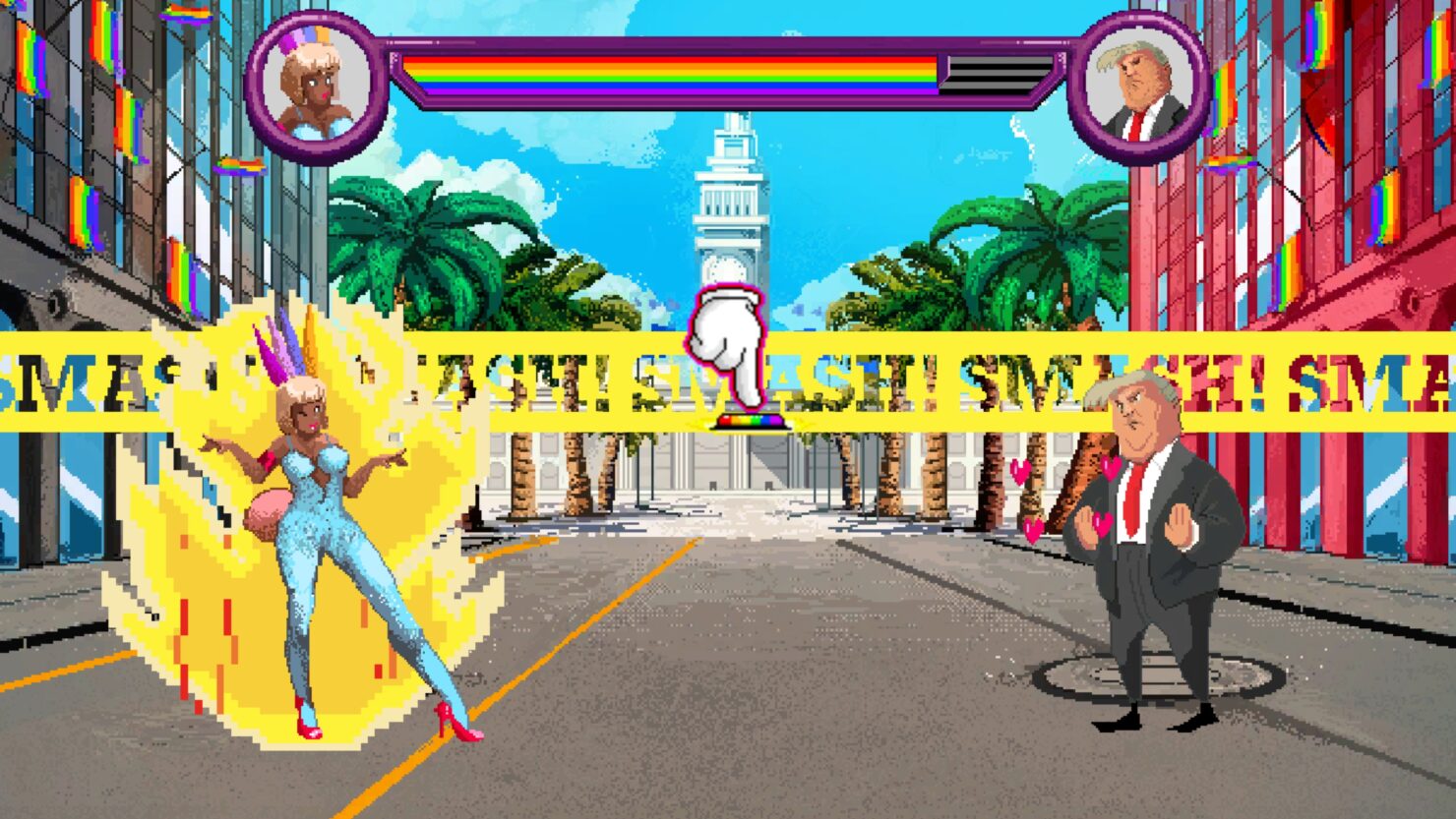 Pride parades are a strange thing, at least to me they are. You'll have to bear with me here. Maybe it's because I'm not a part of the community they represent - I'm a straight male - or maybe it's just that I'm a miserable git. However, the few Pride nights I've joined friends on have been too much about the ostentatiousness by some people and has become too commercialised. To me, that belittles the whole founding ideals of the parades, the valuable fight for inclusiveness, equality and acceptance. I suppose it's strange, then, that I was so enthralled by Pride Run when I got to check it out at Gamescom.

I think the thing for me is that Pride Run is a light-hearted celebration of Pride around the world. It literally takes you around the world too, with settings like San Francisco, London, Madrid and even some in areas where you're not going to see a Pride, such as Moscow (following the 2012 ban) or Istanbul. These other areas where the team would love to see parades, as acceptance grows worldwide, and it's an admirable goal to say the least. As for the game, it's both a rhythm-action game, as well as an RTS of sorts. I know, I was confused when I heard rhythm-action RTS as well. It works. It looks bloody difficult for somebody as useless as me, but it works.

So the team behind Pride Run, led by Ivan Venturi of IV Productions, were able to show me the game at Gamescom and I was immediately taken aback by just how colourful and catchy the game is. I shouldn't have been, knowing my complaints about the ostentatiousness of some people in pride parades, but this is the downright perfect place for it. A game like this should be fun, happy, colourful and engaging. That's exactly what the developers have gone for.

What the trailer doesn't really show is how the game works, that's what I'm here for. At least I can explain it as best I can, but there are actually two different game types. You have Vanilla and Play Hard. Vanilla is quite literally a rhythm game, where you press the buttons at the right time, keep the parade moving forward and getting more people involved. Play Hard, on the other hand, has you doing this but with a Real-Time Tactics (RTT) element involved. Here, you'll be customising your parade at the start, including certain types like Bears who can help to protect your parade from those who would attack it.

It's this RTT element that could really make Pride Run stand out, as you move around your special characters, defending from attacks, using the right type to involve more of the people at the street side in your parade. It all seems to be more engaging than just pressing the buttons in Vanilla mode. Also, in Play Hard, you'll find little mini-bosses along the way that you have to dance your way through. All this leads to the culmination of the parade, where you have a dance-off against a notorious Pride Enemy. In the case of Los Angeles, you get to dance against that horrible git, Donald Trump (Donnie).

So you're aware, this dance-off takes place in both Vanilla and Play Hard. It's also a dance-off because the developers want to avoid violence within their game, which is admirable and fair. It certainly doesn't take the challenge out of it. Plus the end result of a dance-off is just brilliant. I'm more than a little interested to see how they'll dress up Putin. On that, I'm quite curious to see who they'll have as the end opponent in all of the sixteen locations featured within the base game.

On the locations, while they don't feature the exact route of the pride parades - in some there are no parades, as mentioned earlier - they do highlight the features of those locations perfectly. Rome? Why not head past the colosseum. London? You're likely going to see Westminster or the London Eye. The routes you take, either paved or dirt, look great thanks to the colourful pixel-art style. Even better is that the team hope to include many more areas, across every continent, post-launch. 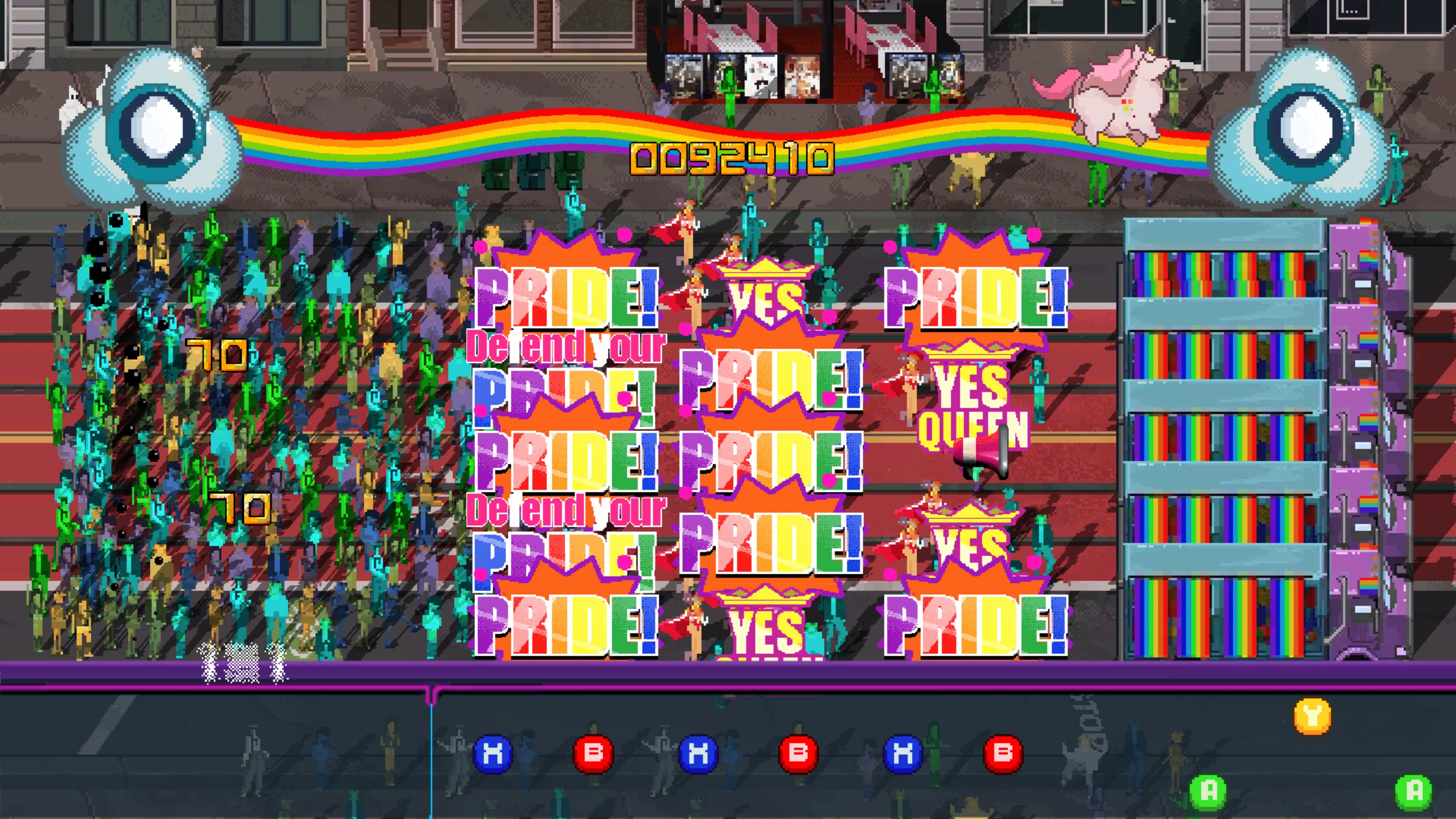 What helps Pride Run more than anything is that it isn't afraid to make a little fun of itself, or the culture behind it. When the difficulty modes are Virgin, Vicious and Queen, you know you're going to be in for something entertaining. That's first and foremost what Pride Run is, entertaining. The music is catchy, the artwork vibrant and eye-catching and the gameplay is good.

Pride Run will be released on October 11th (National Coming Out Day in the US) for the PC. One question I asked was regarding a switch release - because it'd look amazing on the Switch - and I was told that it will hopefully be coming to all consoles next year.

Pride Run Review – What More in the Name of Love?