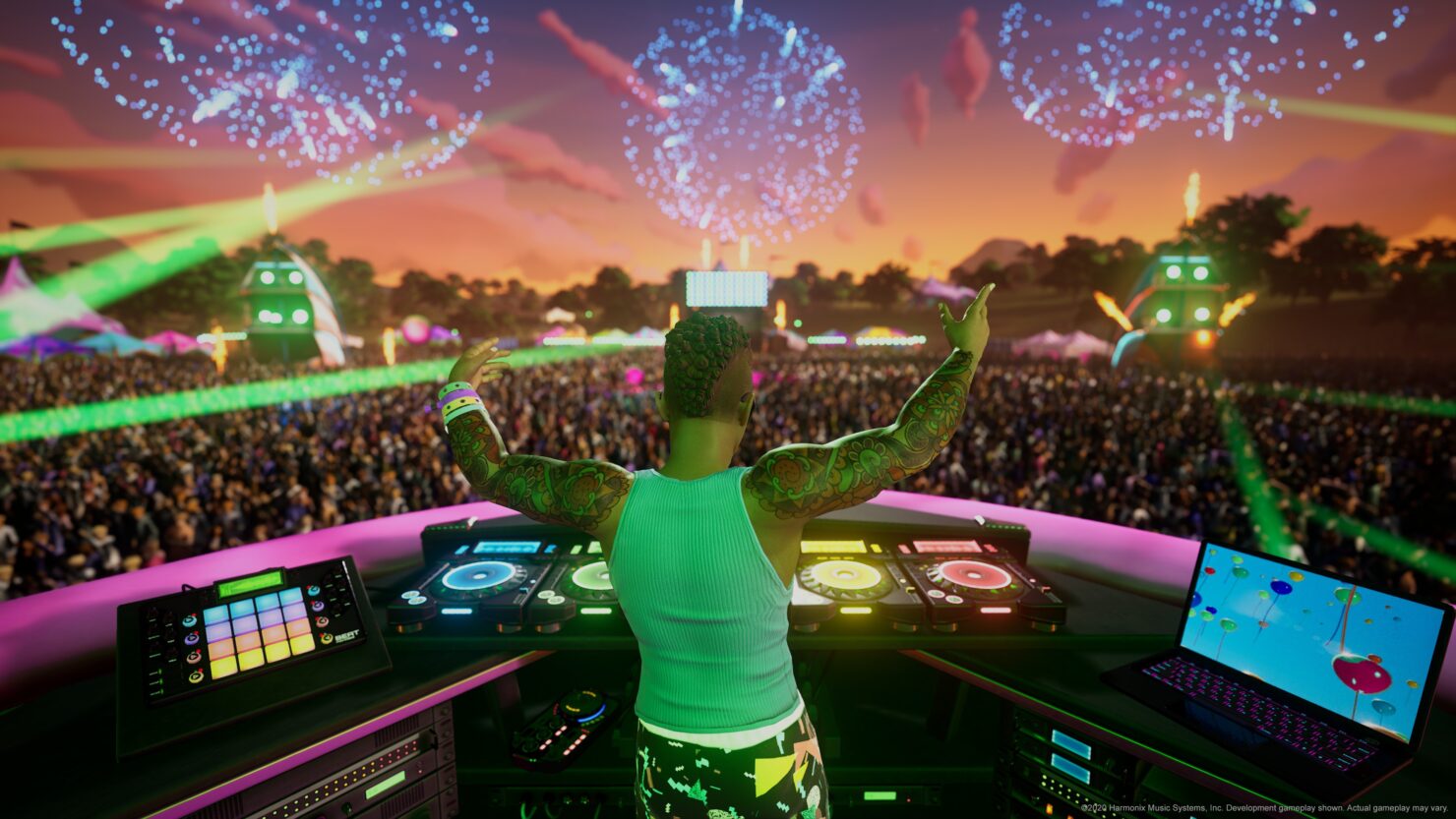 I admitted as much when I wrote about AVICII Invector coming to the Nintendo Switch, the DJ scene and the music that traditionally comes with it just isn't for me. It's likely because I'm a miserable misanthrope who isn't exactly a fan of big, bouncing crowds and also simply because my favourite type of music is rock. I've never been happier than when I saw The Eagles live or while I was rocking along to Feeder, also live, last year. You would imagine that this puts Fuser at a disadvantage.

Well, I started the demonstration of Fuser with some scepticism. I was thinking that the game may not be for me. I didn't really like DJ Hero (granted, a very different type of game) and I don't like House, Trance, Dubstep, wiggly-bop or funko-pop, whatever music these DJ's actually make. At least I don't think I do. On the other hand, I've enjoyed the previous outings from Harmonix. Having played a fair amount of Guitar Hero and Rock Band, I know the company can make a good game. 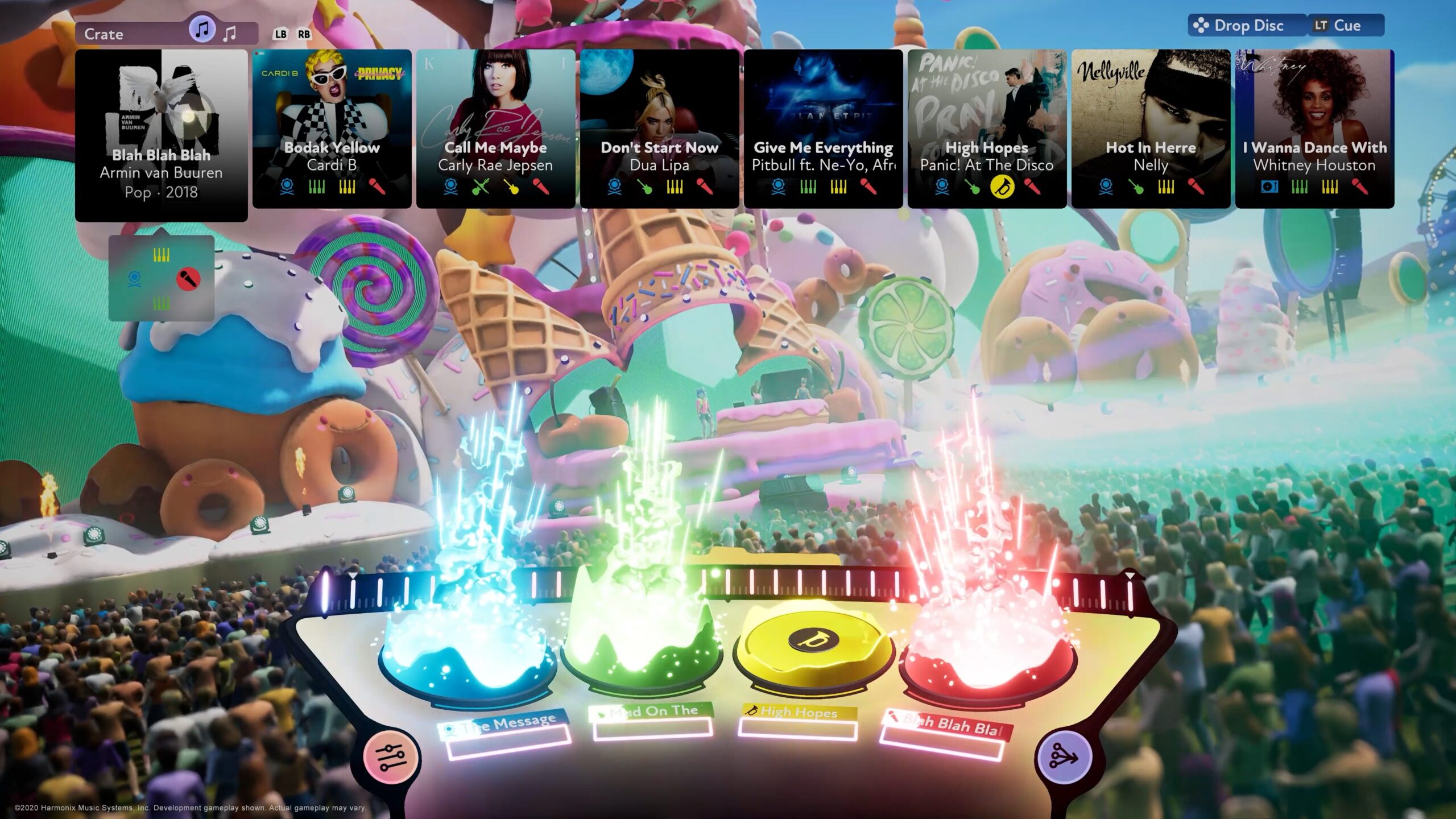 My early hands-on impressions of Fuser are positive. Strangely, my time playing Fuser also has me rethinking what music I don't like. I still can't stand 50 Cent's 'In Da Club', but there's something to be said for it acting as the bass to a track that features the beat of Carly Rae Jepsen's 'Call Me Maybe', the synth of Coldplay's 'Clocks' and the vocals of Imagine Dragons 'Thunder'. I've created combinations that should be Frankenstein's Monster, not something I actually enjoy listening to.

It's the freedom that works so well with Fuser. In the hands-on version that's been made available to me, there are thirty-one tracks in the game. Even now the options are near limitless thanks to the fact that each track has been broken up into four different components, letting you pick and choose how to mix. Further to this, the game has several instruments to let you create your loops and riffs, further personalising your mixes. When the game releases, there will be over one-hundred tracks.

If that was it, I'd already say there's a lot to mix with and more than keep you engaged. Then you include the fact that you're not limited to playing just one of the four different components. If you want to play the bass of three different tracks, have at it. Maybe you want to play the vocals of Thunder, Call me Maybe, Clocks and I Wanna Dance With Somebody? I wouldn't recommend it, it's terrible. However, Thunder & I Wanna Dance With Somebody, with the bass and guitar of Don't Fear the Reaper works.

Finally, you also get to start changing the tempo of the song, choosing anything from 90 bpm to 157 bpm, to the key that it's all in and if it's in major or minor. Don't forget to change the volume of each component either. Essentially, you're creating whatever your mind can think up. If you're like me you'll also spend a bit of time pleasing the crowd with all four components of 'Don't Fear the Reaper' by Blue Öyster Cult because you, good person, have great taste in music. 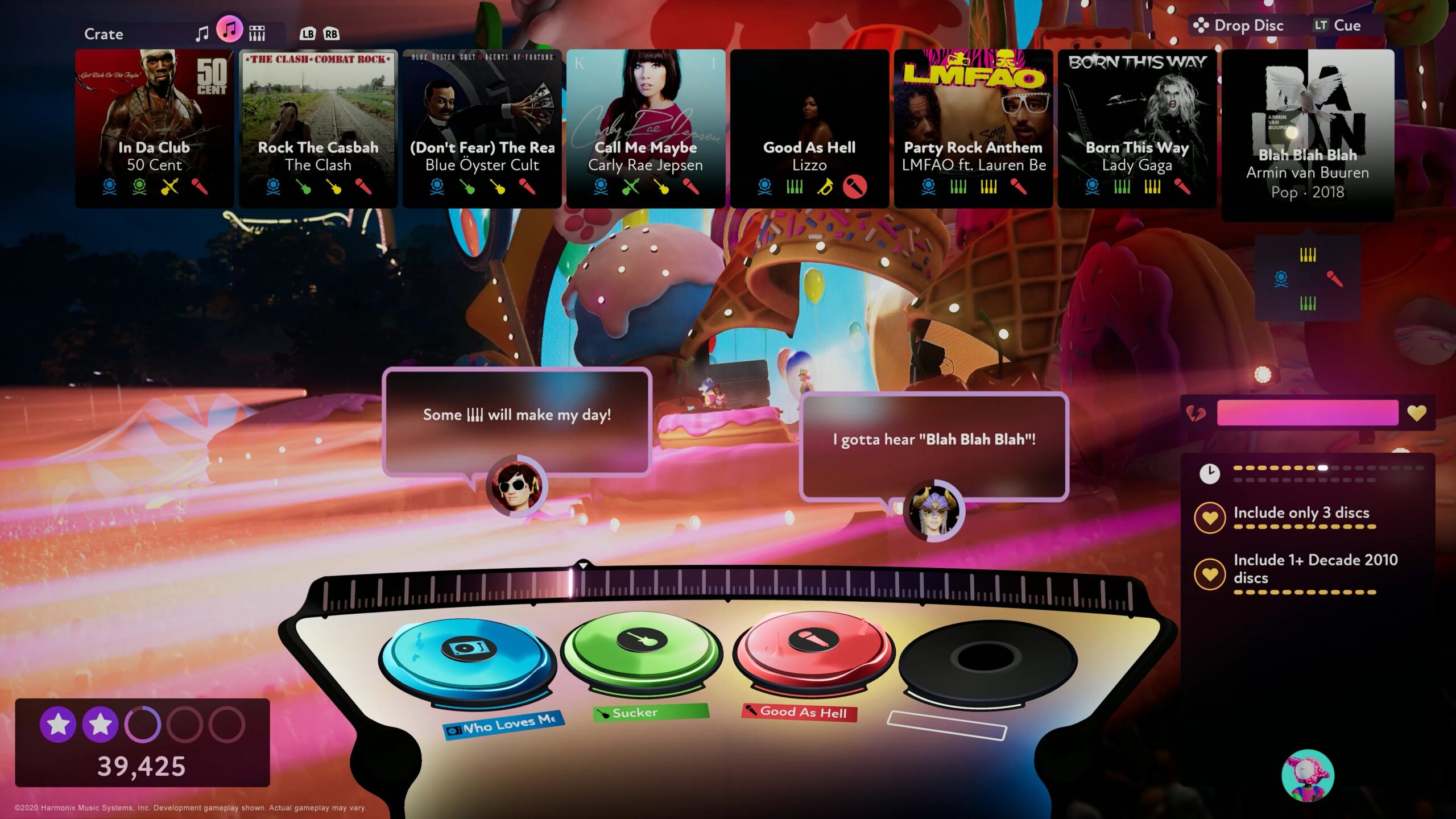 That is the whole aim of Fuser, to keep the crowd happy. If you've played any of the previous titles by Harmonix you'll be familiar with the way they measure this. There's a crowd meter, dropping discs, changing key and from major to minor in time with the music will generate more points, raising the bar. In addition to just mixing up your track, swapping things out and not letting it stagnate, you'll also get requests from the audience. Sometimes it's a simple as playing two pop tracks, other times it's a case of dropping several discs perfectly.

The majority of these tasks are timed. You'll find that other tasks that follow the game's campaign are more lenient, giving you time to learn the mechanics. I've failed a few audience requests when it comes to creating your own instrumental piece and dropping it in, but it seems to detect everything as it should, no issues with the version I've played.

What I can't talk about is how difficult these challenges and Fuser, as a whole, gets. The campaign is divided up into stages, quite literally the stages of a music festival. As you'd find with any musician, as your fame and your ability grows, you'll advance to a larger stage. These stages are also divided up into times of the day and from what I can tell, each stage has eight different time periods, with six stages in total. There could be around thirty-six different levels in the campaign, though that's me guessing.

As you complete these stages and the challenges set in the stages, you'll unlock more skills and content, from increasing the size of your crate - letting you take more tracks into the gig - to unlocking cosmetics to personalise your very own DJ. More than just your DJ, you can also personalise your stage kit, from the lighting and fireworks to what's shown on the projectors and what the crowd throws around. I like them to throw glowsticks. 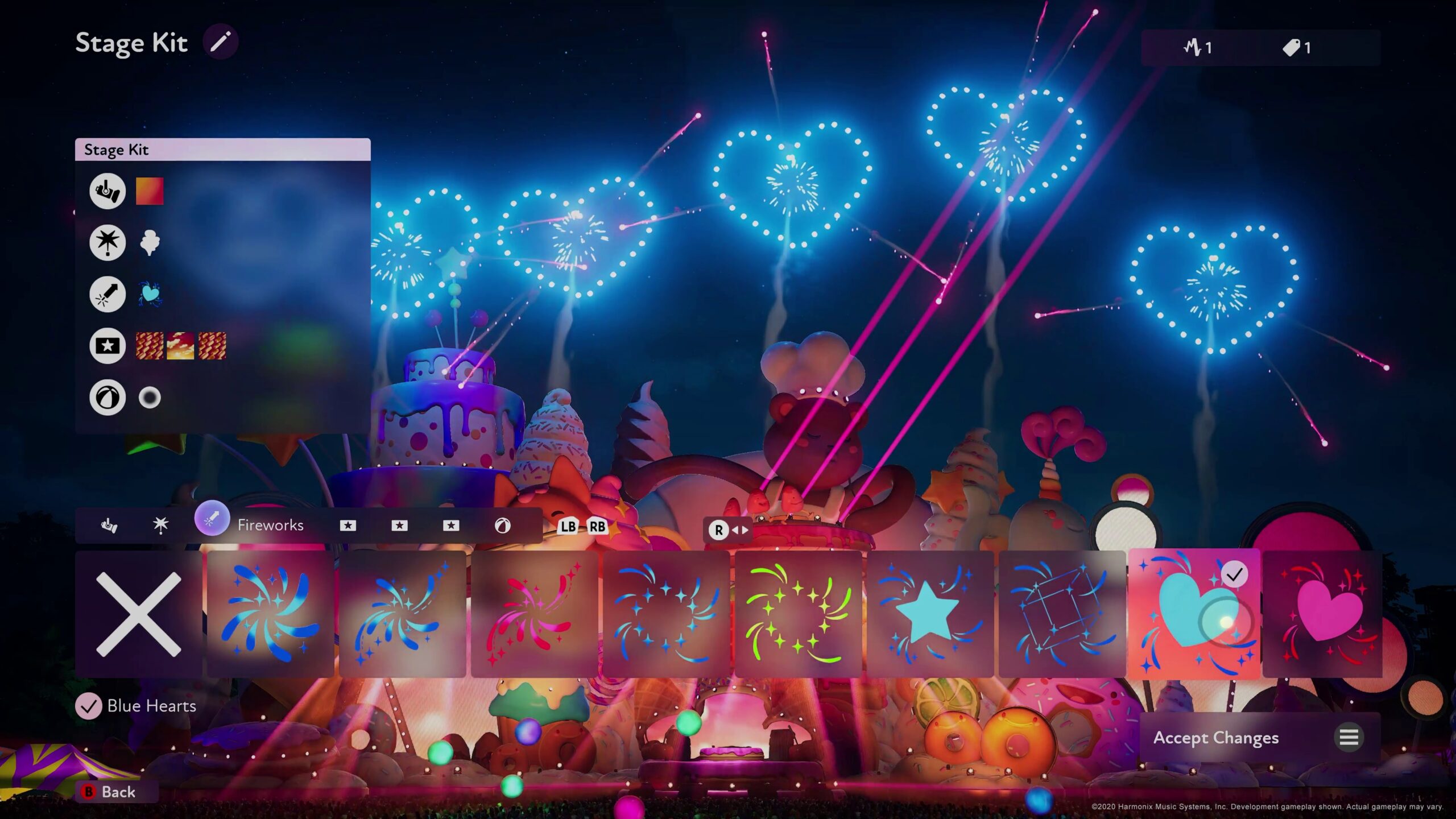 One thing that Kai covered in his preview of Fuser from PAX earlier this year is the social aspect of the game. In the campaign or in freestyle, you'll be able to share your creations online, with your friends and the rest of the world. Further to this, you'll be able to collaborate and compete with other people online. Do you want to team up to make the most incredible mix or do you want to face off and see who is the best DJ? There are a few cool announcements still to come in regards to multiplayer and you'll certainly want to stay tuned for them.

When it releases for the PC, Xbox One, PlayStation 4 and Nintendo Switch later this year, I can see Fuser becoming a surprise pickup for a large number of people. Not only does it appeal to the music fans who are missing out thanks to practically every gig and festival cancelled, but it's just fun to just mix up a number of the tracks you enjoy, even those you don't, and see exactly what you come up with.