With Oculus finally starting to ship the retail version of its Oculus Rift virtual reality headset to first customers after nearly four years of endless efforts, the hype and excitement around the idea of being able to explore new worlds and experience games and entertainment content in a whole new way with virtual reality technology is greater than ever. But according to a former PlayStation VR developer, who recently warned against VR “anti-climax,” all this buzz surrounding the new tech is“slightly over-heated.” 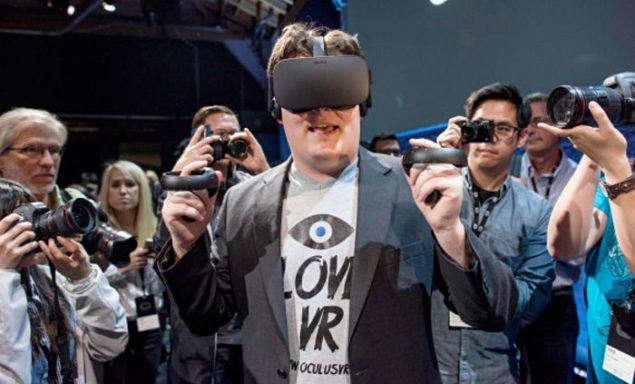 In an interview with MCV, Former PlayStation VR veteran Dr. David Ranyard, who has worked on several VR projects at Sony London, and has now set-up his on VR studio, stated that “there might be an anti-climax” for some people looking forward to virtual reality, as he believes all the excitement surrounding the advent of this new technology to be “slightly over-heated.” Nonetheless, he still thinks it is “super-exciting” to see people talking about virtual reality.

“It feels, in all honestly, slightly over-heated. I am super into VR, so I’m very excited about it. But everybody is chasing it at the moment, so there might be an anti-climax for some people who perhaps don’t have quite the right skill that is needed at the moment, and it doesn’t quite work about it. But it is still super-exciting to see everybody talking about it.”

Ranyard went on to say that the anti-climax is likely to occur “this time next year”, as with all the anticipation and hype going around the technology, demand for virtual reality headsets will soar towards the end of the year. He believes that PlayStation VR in particular will “do very well” because of its focus on entertainment and favorable price point of $399 compared to Oculus Rift, which costs $599, and the HTC Vive, which comes in at $799. He explained:

“My view is that there is a lot of anticipation and a lot of demand as a result of that. It will be exciting, we’ve experienced some great stuff [during GDC], so it is a big step-change in the kinds of the experience you can have, but in terms of the business-side, my personal view is that there will be a boom, particularly towards the end of the year, I think the PlayStation one will do very well because the price is very good and it is very entertainment focused. This time next year, it might be a bit of an anti-climax. But actually after that, I think it will build slow and steady.”

A recent study has found that console gamers – especially PlayStation 4 and Xbox One owners – are more excited about virtual reality than PC gamers, with 72 percent current-gen console gamers showing interest in VR compared to only 51 percent PC gamers. You can check out the whole story here. What are your views about virtual reality in general, and VR headsets? Let us know in the comments section below.