PlayStation 5 Dev Kit Design May Have Leaked, and the Hardware Looks Bizarre

With the PlayStation 5 rumored to hit shelves sometime in 2020, development kits pretty much have to be out in the wild, and yet, we’ve yet to see one…until now. Dutch gaming site Let’s Go Digital has seemingly unearthed a Sony patent application filed with Brazil’s INPI (Instituto Nacional da Propriedade Industrial). The application has since been filed with WIPO (World Intellectual Property Office).

The patent application is for an “unknown electronic device,” but it certainly looks like it’s for a game console of some kind. Sony engineering director Yasuhiro Ootori, who helped create the PS4 and other Sony hardware, is also listed as the device’s designer. So yeah, take this with a grain of salt, but this doesn’t seem like an obvious fake. Anyways, without further ado, here’s the image of Sony’s new mystery device… 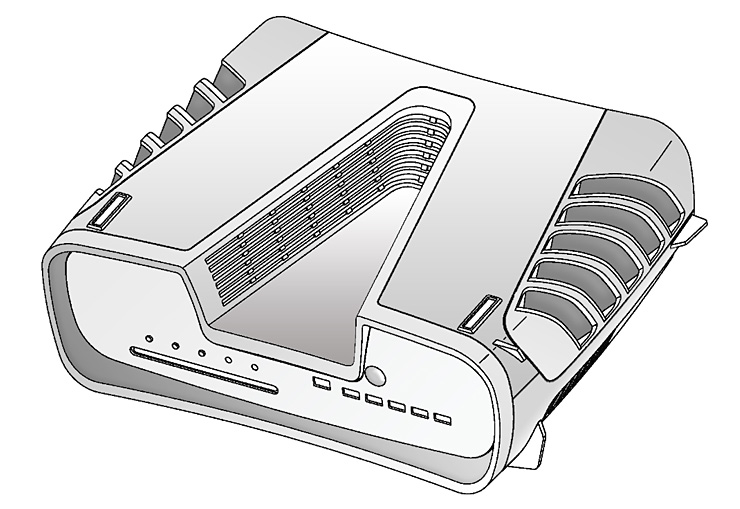 Yup, that’s some, uh, interesting-looking hardware. Again, we don’t know exactly what this is, but it seems likely it’s a dev kit (the large number of ports and whatnot on the front point to that). Will the PS5 we see on shelves look anything like this? Sometimes dev kits and final hardware look similar, but often they look completely different, so don’t get too excited. On the other hand, this is a pretty elaborate design for a dev kit, which are often just plain boxes, so who knows?

If this is the direction Sony is going in for the PS5, it’s a pretty big departure design-wise. That said, the “V”-shaped indentation would make sense for the PS5, and the machine is rumored to be crazy powerful, so maybe they were forced to go with an odd design to keep the machine from melting down? What do you think about the design? Does the look of a console even really matter to you?

It’s rumored the PlayStation 5 will be revealed early next year, possibly on February 12. Obviously, Wccftech will keep you up to date on all the latest rumors and developments.