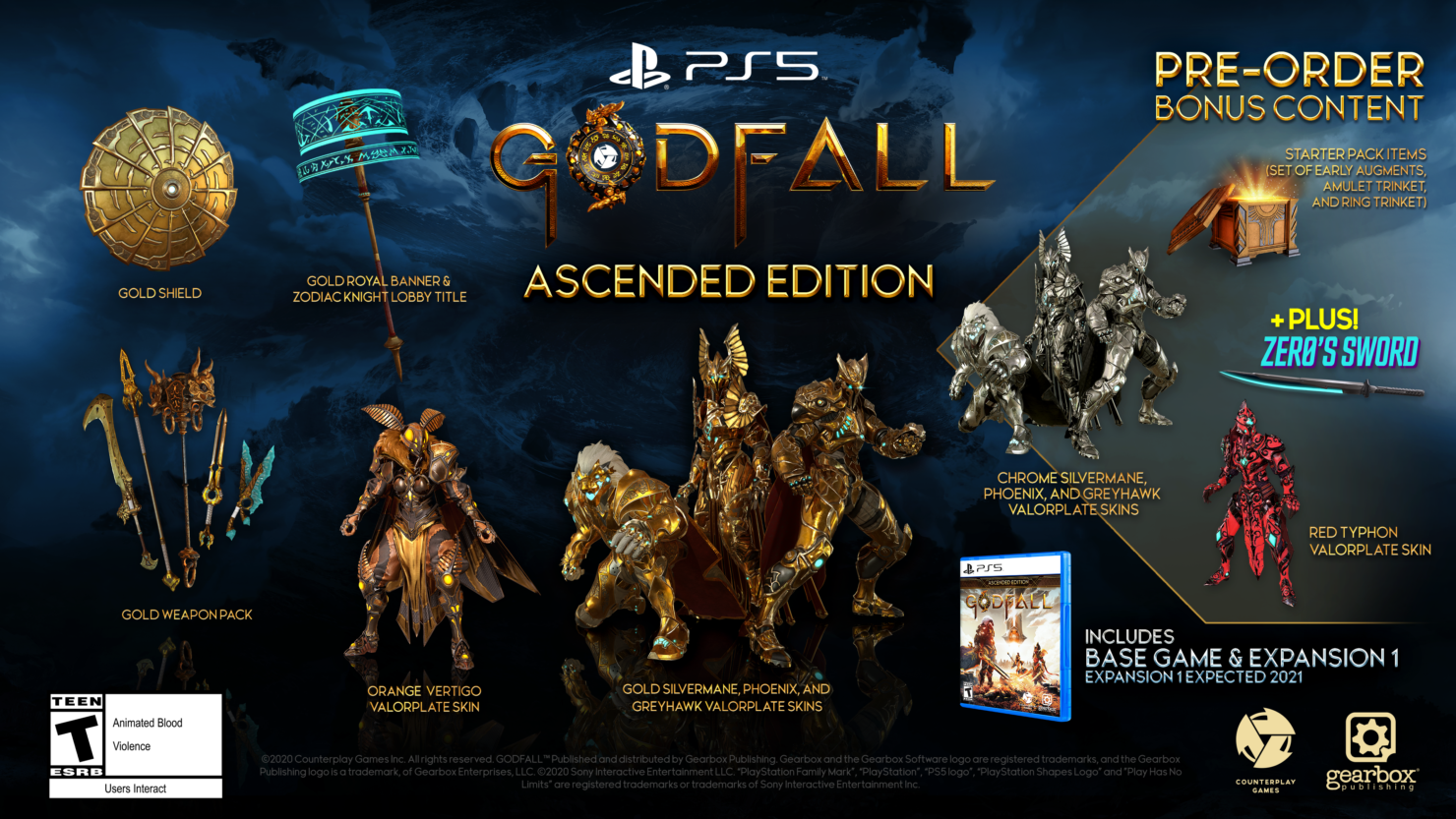 Counterplay Games' upcoming looter-slasher Godfall will be launching later this year, and with pre-orders beginning to open up soon, Gearbox Publishing shared some new info on the multiple tiers available for players that want to spend a little extra money on the upcoming action RPG. 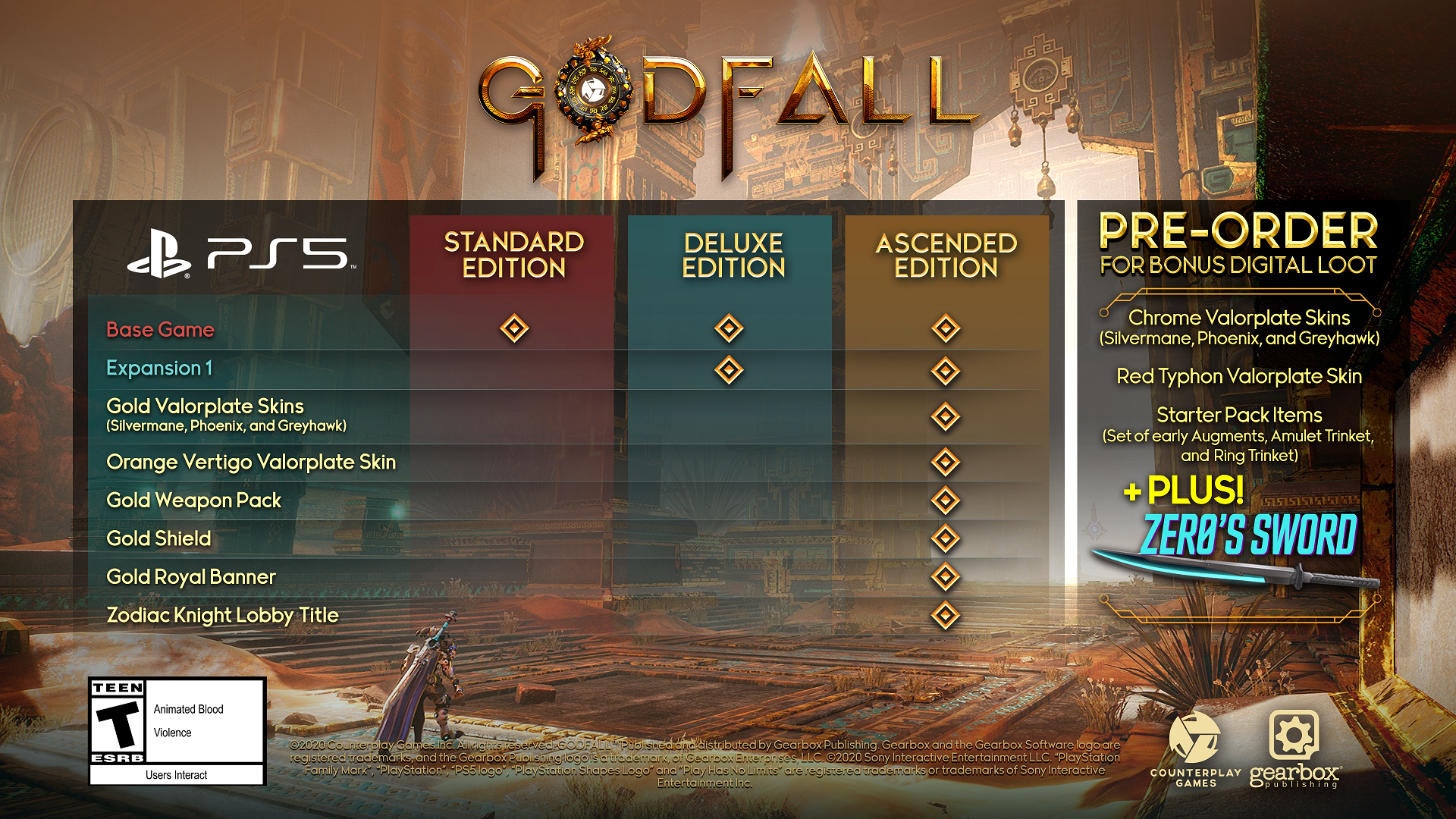 Godfall was recently confirmed not to feature any microtransactions in-game and will be available as a premium product rather than a games-as-a-service title. However, if you're looking to spend more than $59.99 to get your hands on Godfall, Gearbox Publishing has a couple of additional editions that you can pre-order today. For $79.99, players can get the Deluxe Edition that features Godfall as well as the unnamed Expansion 1. For $10 more ($89.99), players can get the Ascended Edition that adds in a number of exclusive paid cosmetics on top of the Deluxe Edition contents.

In addition to the base game, Godfall has been confirmed to have at least one paid expansion in the works, as referenced in the Deluxe Edition available for pre-order. A higher tier, called the Ascended Edition, rewards players with Godfall and its first expansion as well as Gold Valorplate skins (Silvermane, Phoenix, and Greyhawk) as well as an Orange Vertigo Valorplate Skin, Gold Weapon Pack, Gold Shield, Gold Royal Banner, and Zodiac Knight Lobby Title.