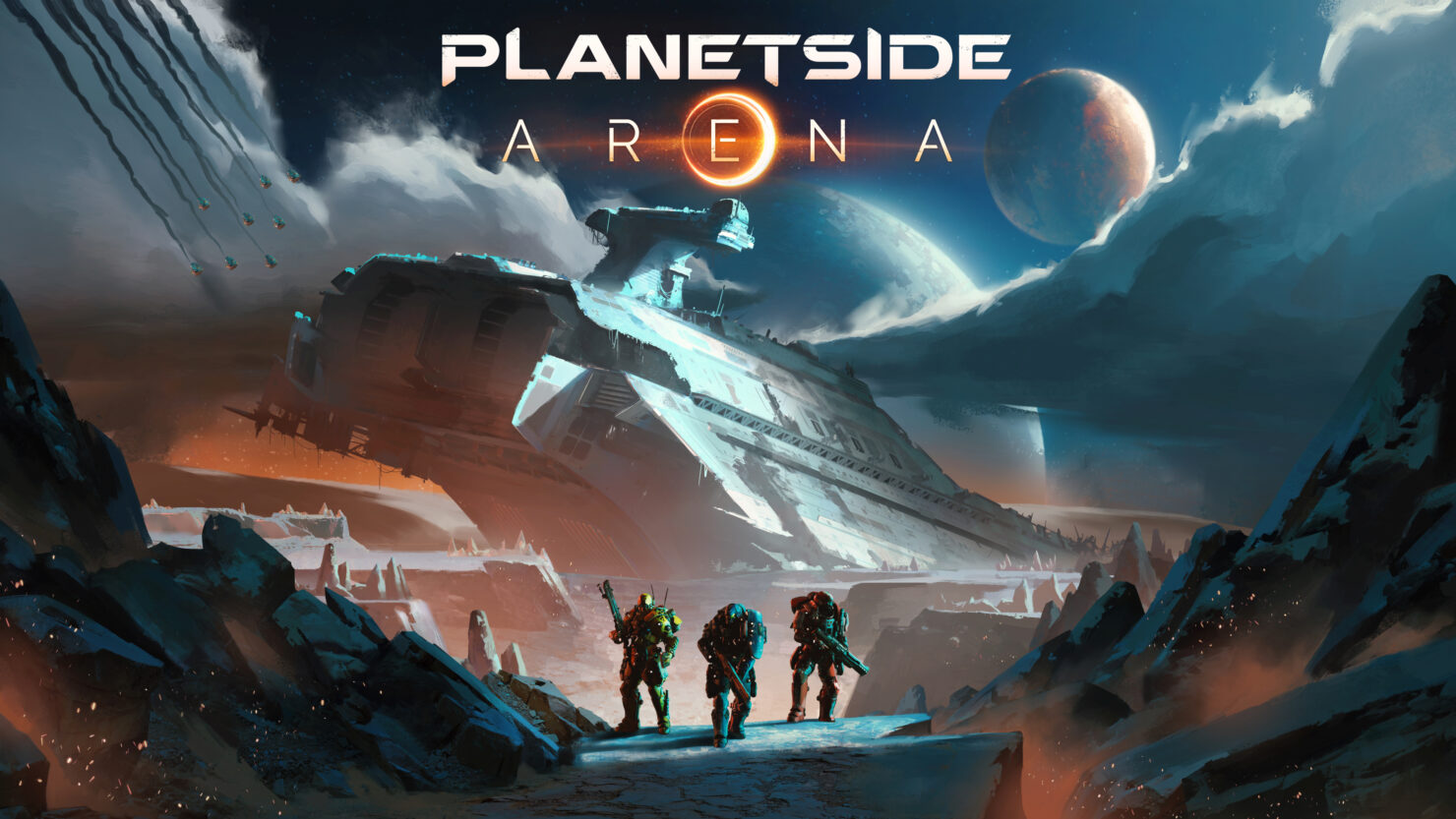 PlanetSide Arena is the new game Daybreak had teased earlier this week. Due to release on January 29th, 2019 on Steam, it will feature a variety of game modes (including the ubiquitous Battle Royale) capable of supporting up to a thousand players per match.

Ji Ham, CEO of Daybreak Games, said in a statement:

PlanetSide is a ground-breaking series that introduced the gaming world to truly epic FPS battles. We are very excited to introduce PlanetSide Arena as the next step in the growth of the franchise, as we continue to invest and build towards our vision for the future of the entire PlanetSide universe.

There’s simply no other multiplayer shooter that can replicate the depth of play and massive scale of PlanetSide. PlanetSide Arena will expand and evolve the franchise with new modes, new technology and new content, delivered on a scale that only PlanetSide can offer.

It’s great for our team to see PlanetSide grow. PlanetSide Arena offers fans something new that both preserves and builds upon all the traits that make PlanetSide 2 so unique: the massive-scale warfare, the smooth movement and combat mechanics, the iconic vehicles and weapons. It’s a huge win for all of us to introduce more players to the franchise.

The Sanctuary Assault Edition ($19.99) includes the Season 1 Battle Pass and the Assault Armor set. The Legendary Edition (SRP $39.99) is packed with Season 1 Battle Pass, three Class Armor sets (Engineer, Assault and Medic), and the M-20 Tempest (hoverbike) Pack. Each pre-order grants players Closed Beta access, though that will be provided to the 'most loyal' PlanetSide 2 players as well, according to the press release. Check out the debut trailer below; as a reminder, PlanetSide 2 is also available on PlayStation 4, though there has been no word yet on a console port of Arena.

Plunge into PlanetSide Arena and battle online in this massive multiplayer sci-fi arena shooter. Choose your class, fuel your jetpack, and drop into the fray on the war-torn landscape of Auraxis starting January 29, 2019.

Join the fight in a massive clash with 250 vs. 250 player arenas, or survive the mayhem of battle royale by yourself or with your squad. Keep your eyes ahead for new modes each Season, including Search and Destroy, Deathmatch, Global Conquest, and more.

Traditional arena warfare leaps into the future with multiple classes and styles of play. Assault, Engineer, Combat Medic – each class features unique abilities made for you to rule the Arena.

Up to 500 players wage war across an immense, ravaged warzone, on a scale unrivaled by any other arena game.