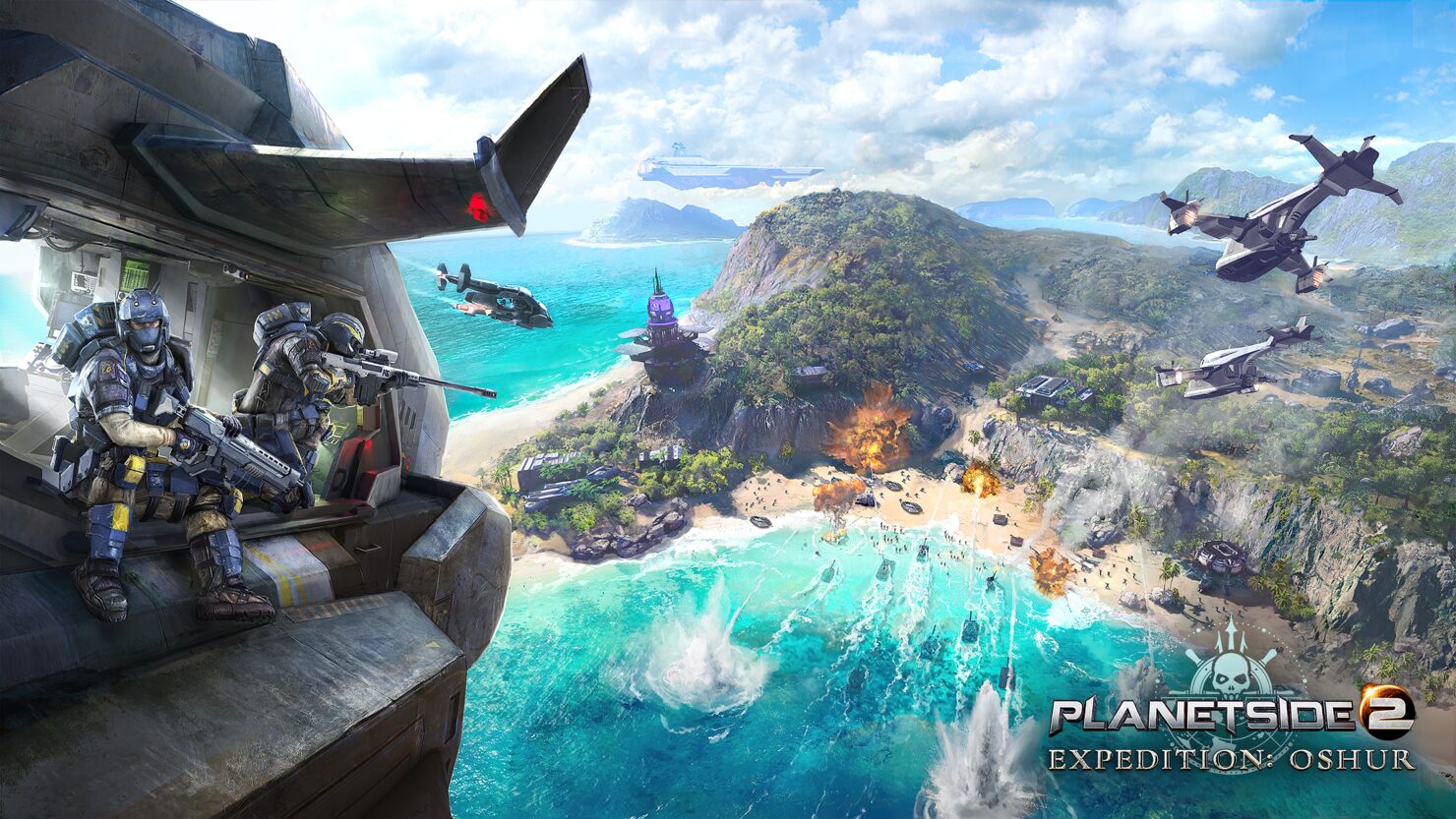 Here's a lowdown on what PlanetSide 2 players can expect from Expedition: Oshur.

We had the chance to briefly talk about Expedition: Oshur with Rogue Planet Games producer Michael Henderson. He was able to confirm that water mechanics will be added to the other continents (where applicable) shortly after the release of this update. We asked whether there were any plans to add more underwater weapons, given that only the aforementioned four will work below the sea level, and Henderson replied that it will depend on the player's excitement for Oshur.

Last but not least, Expedition: Oshur is loosely targeting a late February launch window on PlayStation 4.