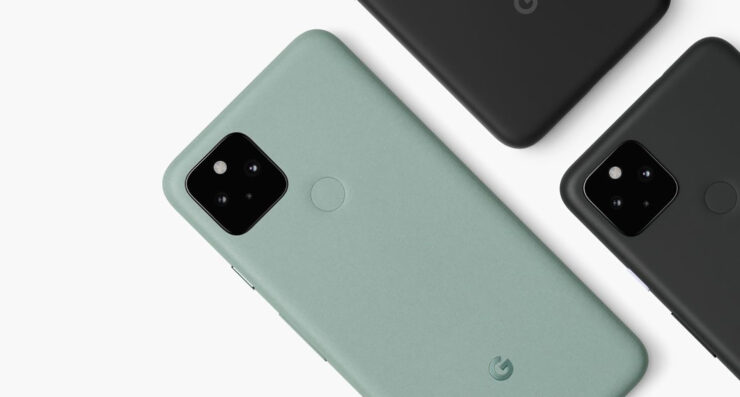 In many ways than one, Google Pixel 5 is an interesting device. Google has finally ditched the flagship specs and released the Pixel 5 to be more attainable. It is also made out of completely recycled aluminium, and Google is also using a complete metal unibody this time around rather than a glass and metal sandwich. Not just that, it is also the first, all-aluminium smartphone to feature wireless charging.

The recent teardown of the device done by PBKReviews reveals a lot of interesting details about the smartphone, especially how the construction is much different than some of the other phones we have seen.

There are many things about Pixel 5 that are different from the construction standpoint. For starters, the screen retention method is different and now it uses glue along with rectangular clips. You will be needing a heat gun and then you will have to pry open the tabs, to remove the screen and being gentle to be sure that you don't end up breaking the clips. Once that is done, you get access to the insides of the phone.

Sadly, this method does not seem to be working very well as some Pixel 5 owners have reported that there are gaps between the frame and the screen. The next thing that you need to know is that Pixel 5 does not have a traditional earpiece. Google has instead opted for an under-display speaker towards the top of the display, and it works as a stereo speaker, too.

Pixel 5 is also a phone that does not bring any fancy heat pipes along with it. You are getting just a big piece of metal on the top of the motherboard for heat dissipation. Underneath that, there is graphite tape between the battery and the aluminium body.

Sadly, the teardown does not go into detail as far as the wireless charging is concerned but we are already aware of the fact that there is a cutout right where the charging coils are placed which allows the coils to be powered.

Needless to say, Google Pixel 5's construction is different, and the best part is that based on this teardown, it looks like that the phone is not going to be difficult to repair. You can look at the teardown video below.