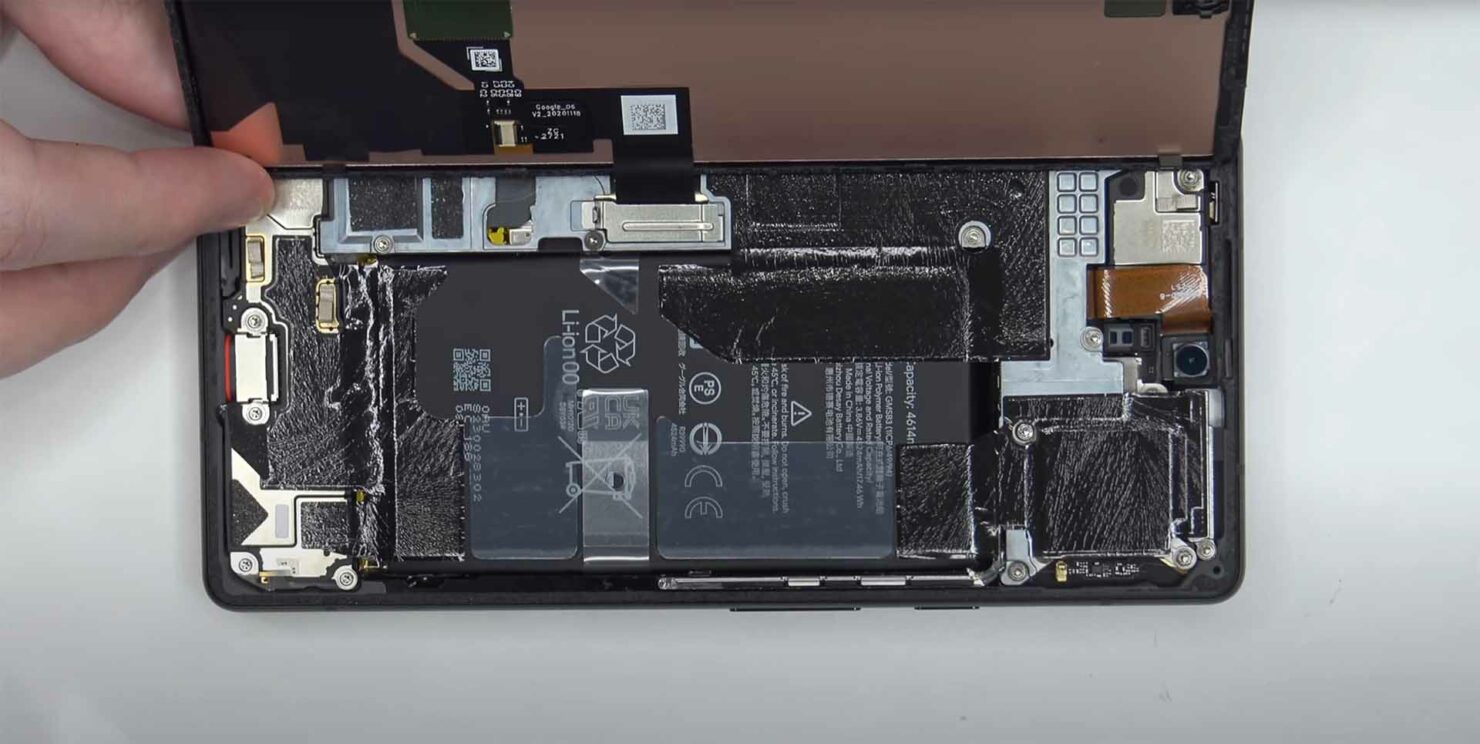 We can all agree that the Pixel 6 is the most significant design overhaul that Google has introduced in years, and with that overhaul, we got better specifications, cameras, and more. However, how well do these improvements translate into easier third-party repairs? The first teardown video has gone live, and there are some questionable decisions the company made.

The fresh Pixel 6 teardown was performed by PBKreviews, who immediately pointed out that the adhesive surrounding the display was extremely strong. While that helps to keep the panel in position while also keeping out water, it will make replacements difficult. After this ordeal was done, the display assembly came off relatively quickly, but the fingerprint reader is adhered to the display.

PBKreviews does not know if the same fingerprint sensor will come pre-installed on Pixel 6 replacement panels, but it is something to keep in mind. Also, the battery comes with its own pull tabs, but they are extremely fragile and can break. It is unclear if this problem is widespread or limited to this unit, but the teardown process had to physically pry out the cell, which requires extra precaution.

Not just this, but the charging port is soldered to the logic board, which will make third-party repairs difficult. Being delicate devices, smartphone parts should be modular and Google might want to learn something from Apple’s 2021 MacBook Pro, where a teardown reveals that all ports are modular, making replacements much more effortless. Overall, PBKreviews gave the Pixel 6 disassembly a 6 out of 10, which is not a bad score, all things considered.

Still, the parts that are the most vulnerable to age or break, such as the battery or display, respectively, need a simpler method for replacement. Fortunately, even if the charging port fails, you can still use wireless charging to top up the battery. If you want to check out the teardown video, we have provided it below, and also let us know what you thought down in the comments.