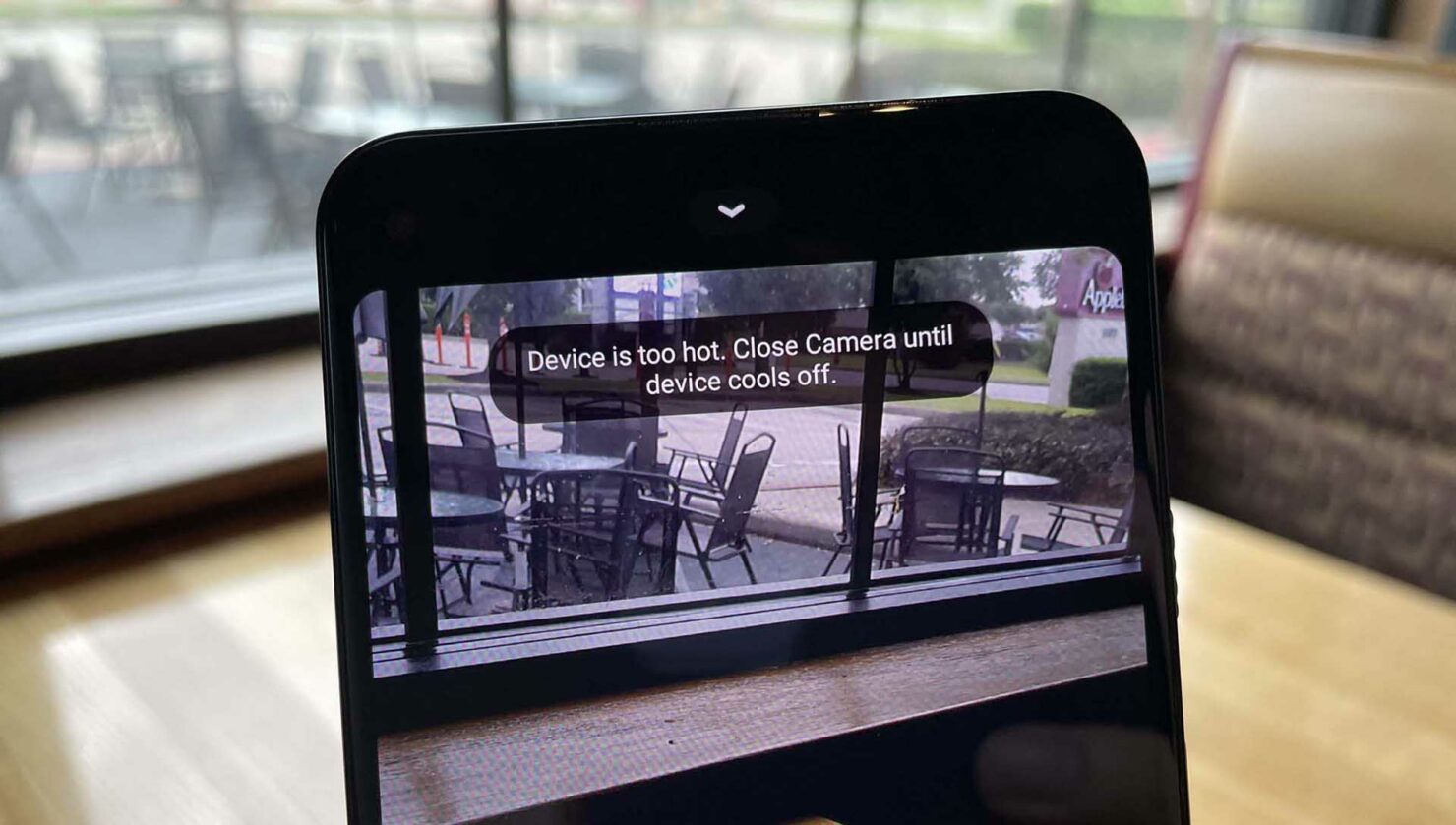 Hardware-wise, the Pixel 5a 5G is one of the best Android mid-rangers you can find, if not for one small problem existing for videographers wanting to record footage at higher resolutions and framerates. Google’s latest smartphone overheats when using the 4K 30FPS and 4K 60FPS options, naturally causing disgruntled users to take out their frustration on Twitter.

One Owner States That the Pixel 5a Is a Great Device, if Not for the Overheating Issue

A couple of Pixel 5a owners have gone to Twitter to describe their experiences when using the 4K 30FPS and 4K 60FPS options. One of them, who goes by the name @Marks_Tech shows a screenshot with the warning ‘Device is too hot. Flash has been turned off’ while recording at 4K 30FPS. He claims that the Pixel 5a gets even hotter when recording at 4K 60FPS. While this problem alone would cause a significant number of users to return the mid-ranger, the owner states that the phone is otherwise great.

😭 I literally cannot do a video test because phone just overheats super fast. 4k30, and even faster in 4k60. #pixel5a I wish this wasn't the case. Other than that one big downside, the phone is great 🙁 pic.twitter.com/T9PBTDwLbi

A second user, @AdamJMatlock, says that even with the air conditioner running, the Pixel 5a was overheating with the 4K 60FPS option enabled. This is an embarrassing turn of events from Google because even the 2020 iPhone SE can record 4K 60FPS video without overheating. Granted that its small battery will be used up rather quickly when capturing footage at such a high resolution and framerate, but at least users have the option to keep on recording indefinitely until the battery is drained completely.

Yup. Tested it myself on my Pixel 5a, 70 degrees inside in the A/C and on 4K @ 60 FPS it just takes a matter of minutes to overheat. This is terrible… pic.twitter.com/Pde8GcL6KU

One person from the Twitter thread says that the problem lies with the overheating tendencies of the Snapdragon 765G and its ISP. This may be one reason Google has collaborated with Samsung on developing the custom Tensor for the Pixel 6 and Pixel 6 Pro; to eliminate this problem. Then again, if this is just an issue on a software level, it should not take Google too long to issue an update that will get rid of this issue.

Where do you think the Pixel 5a’s overheating problem lies when recording video? Share your thoughts down in the comments.