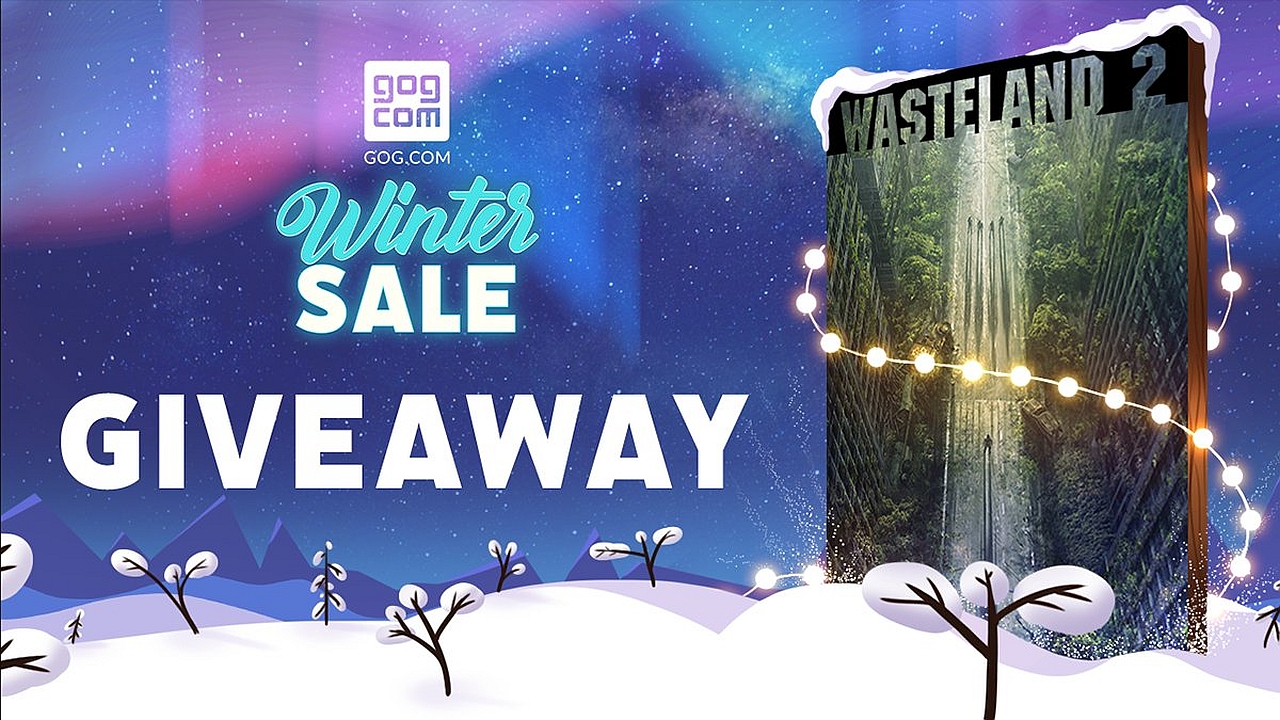 GOG's Winter Sale 2019 is available now and it comes with a sweet giveaway. You have until December 13th, 2 PM UTC to pick up a free copy of Wasteland 2 Director's Cut Digital Classic Edition, which comes bundled with a code for Wasteland 1: The Original Classic as well. It's the perfect way to get started on the franchise ahead of Wasteland 3, now scheduled to launch on May 19th, 2020.

Beyond the giveaway, GOG's Winter Sale features over two thousand and a half deals that will stay live until January 2nd, 2020, at 2 PM UTC. Here's a roundup of highlighted deals provided by GOG.

For example, get the Ultimate RED Collection for 97.77 USD / 87.77 EUR / 69.77 GBP. It includes a pre-order for Cyberpunk 2077 and all Witcher games at their lowest price ever! Don't hesitate, because this unique offer is available only until December 27th, 2 PM UTC.

Next, grab the Paradox Strategy Bundle. It will give you an additional 25% discount when completing your collection of five games released by Paradox Interactive: Age of Wonders: Planetfall (-33%), Imperator: Rome (-33%), Surviving Mars (-66%), BATTLETECH (-66%), and Stellaris (-75%).

That's not all! Freshly released, huge action-RPG GreedFall is now available on GOG.COM, DRM-free and 25% off until December 26th, 2 PM UTC!

Alongside this Winter Sale announcement, GOG also revealed that the GOG Connect feature is back, allowing users to claim DRM-free copies of games they already own on Steam. The first wave of GOG Connect titles includes DUSK, Age of Wonders: Planetfall, Through the Ages, and Galaxy Trucker.

In other GOG news, the Galaxy 2.0 client was recently made available to everyone as part of the Open Beta.

Diablo Available to Buy Digitally for the First Time Ever, GOG to Sell Other Blizzard Classics

GOG in Financial Trouble Says Insider, Over a Dozen Employees Laid Off

Shadow Warrior 2 Available for Free on GOG.com Until October 6th