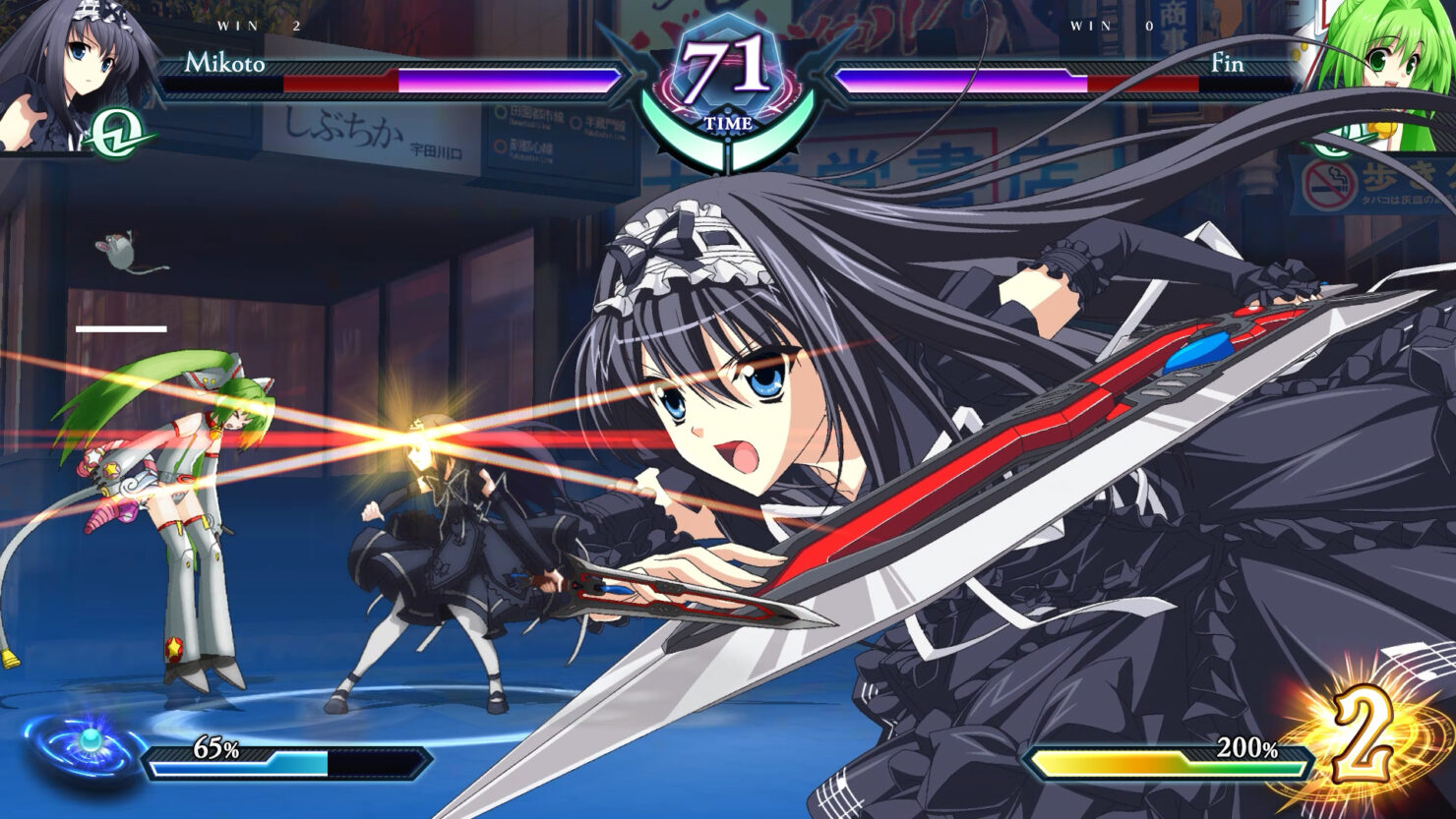 Fighting games are well in the news currently, with how things have been going. Long-dormant BlazBlue series entries received rollback, The King of Fighters XV revived a long-dead character in Krohnen, and Baiken was revealed for Guilty Gear strive, to name a few things. That said, Phantom Breaker Omnia is another such game in the works currently.

Phantom Breaker Omnia is a new fighting game coming soon to current generation consoles. The game is more akin to the aforementioned titles, being a 2D fighting game, and it got a brand-new release date trailer, which you can watch below. (Sound Warning)

Barring the… unique vocals throughout the trailer, the game looks to be a mechanically deep fighter boasting 20 characters that all have unique styles of gameplay. Phantom Breaker Omnia also boasts a “complex” combo system that can lead to high damage if utilized properly (however, how complex remains to be seen).

Other included mechanics are a Counter Burst Cancel, which may function similarly to One-More Burst Cancels in Persona 4 Arena (you spend your burst resource to extend a combo), and Overdrive, a character-unique mechanic that changes attributes of a character’s attacks to allow for longer strings of attacks.

More of the trailer showcases a couple of game modes, such as Story Mode being tied to individual characters rather than being a cinematic story mode, unlike a game like  Mortal Kombat 11. Fully dubbed English audio was also confirmed through this trailer. We've covered the game's dub in action in the article we covered on the subject.

Phantom Breaker Omnia will be released on March 15th, 2022, on PlayStation 4, Xbox One, PC via Steam, and Nintendo Switch. Unfortunately, unlike its other peers in the FGC, Phantom Breaker: Omnia will NOT have a rollback netcode implementation. This was done due to a desire from the producer according to Rocket Panda Games.