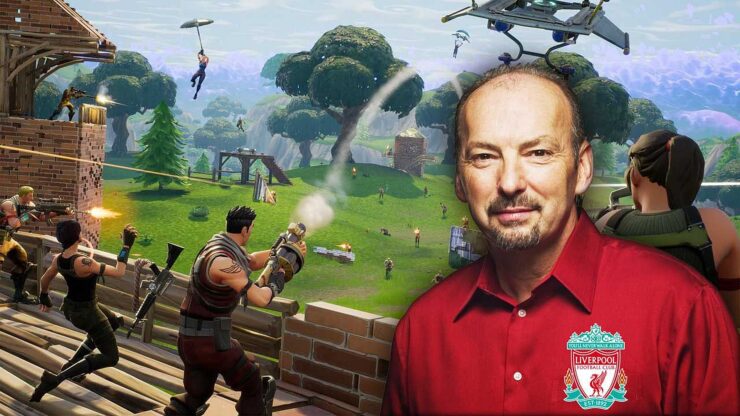 Current Liverpool CEO Peter Moore is well known to gamers across all side of the industry. Throughout his career, he was the president and COO of SEGA, then the corporate VP for Microsoft's Interactive Entertainment division at Xbox and ultimately he was president and COO of EA Sports.

In June 2017, though, he assumed the position of CEO at Liverpool FC - a lifelong dream of his as a fan of the club and a Liverpool born-and-bred. Speaking during a recent event, as reported by the Arabian Business magazine, Peter Moore expressed concern that millennials may well prefer playing Fortnite to watching real-world football.

Ninety minutes is a long time for a millennial male to sit down on a couch. When I look at viewing and attendance figures of millennial males, I’m concerned as a CEO of a football club that relies on the next generation of fans coming through.

If we don’t build technological prowess as a club we will lose them [young fans]. There’s so much pressure on time now and only 24 hours in a day, [and] there are only so many hours to play Fortnite.

We are an industry that needs to harness technology to make sure we don’t miss an entire generation of young people growing up that don’t have that love for football. We need to package content in bites of 60 to 90 seconds to keep their engagement.

Peter Moore also went on to outline some of the strategies he learned in the games industry and now wants to apply to customize the content sent to his club's fans.

What does it cost me to go get you? I want your name, your gender, your e-mail address. If I can get your credit card number, that’s a huge plus. What does that cost? And then, what are you worth to me as a fan [in terms of] lifetime value?

That’s something I learned in video games. I can push you all kinds of stuff on particular players, but if you’re only interested in Mohamed Salah and I don’t know that my outreach is wasted. You might like Gini Wijnaldum. The more we learn about you, the more we can push Gini Wijnaldum stuff that you’ll click or engage. The key is that I need to know who you are.

This isn't the first time Fortnite has been discussed as a direct competitor outside the games industry. Just a couple weeks ago, Netflix did the same in their latest quarterly report. It's yet another measure of the incredible and in many ways unprecedented success of Epic's free-to-play game.