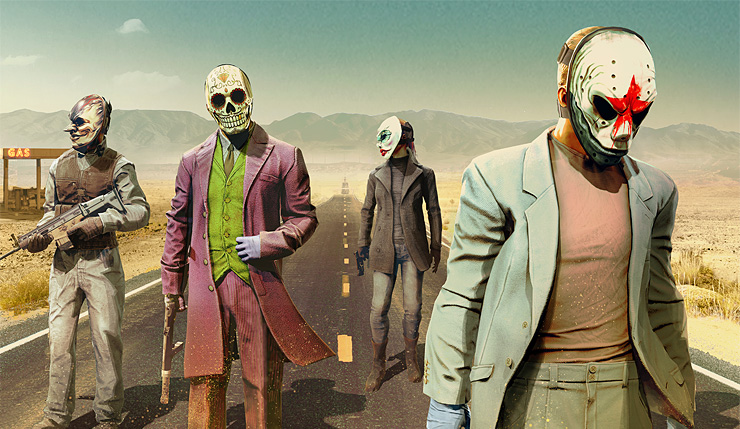 As we recently reported, the development of Payday 2 DLC has resumed after the game was supposedly put to bed in late 2018. In fact, the first new round of DLC, entitled Silk Road, drops tomorrow. The update includes some free additions, including the new outfit system and some UI improvements, as well as a new Heist, mod pack, and more. You can check out a trailer for the new “Border Crossing” heist below.

Here’s the official rundown of the new Silk Road additions:

While the Payday Gang is preparing to hit Hell’s Island, they find out that their old enemies Murkywater and the Dentist are in the process of moving large amounts of money and illicit merchandise from the US to Mexico, using a secret tunnel across the border. The gang decides to divide their forces as they formulate a plan to strike at this border operation. Border Crossing is playable in both stealth and loud mode and also allows players to customize their tactics further through pre-planning options. The action takes place in two separate locations, on both sides of the US/Mexico border.

The Mexican crime cartels are well connected and have access to the very best weapons technology that money can buy. As the Payday Gang travels to Mexico, they have an opportunity to pick up a range of advanced sights and other mods. The Cartel Optics Mod Pack DLC includes 10 new weapon mods, with a focus on optics and sights.

With the Payday 2: Silk Road free update, a new outfits system is introduced in Payday 2, allowing you to equip your heisters with cool new threads. Several unlockable outfits are included for free with the update. Payday 2 is also getting its first Tailor Pack to celebrate the new outfits system in the game. Tailor Pack 1 adds 4 new thematic suits with 5 color variations for each one - for a total of 20 new outfits!

Unlike before, new Payday 2 DLC will not all be free – the Border Crossing Heist, Tailor Pack 1, and the Cartel Optics Mod Pack will set you back $7, $3, and $3 apiece. You can also buy all three as a bundle for $9. As mentioned, the outfit system and six starter suits will be free.