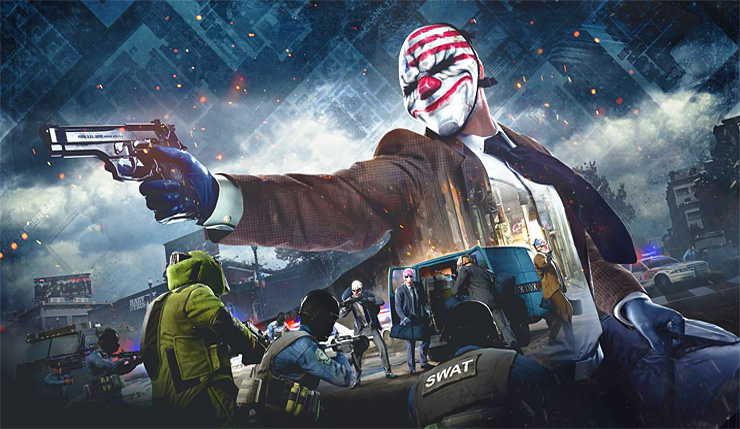 Starbreeze seems to be gradually getting back on their feet. Following the cancellation of Overkill’s The Walking Dead, the studio found themselves in dire financial straights, and were forced to sell the publishing rights to several series, including System Shock, Psychonauts, and 10 Crowns, in order to keep themselves afloat. Even with those moves, many suspected the writing was on the wall for the publisher.

Well, we may have counted Starbreeze out too soon. They recently revealed that they plan to release Payday 3 by 2022 or 2023, and now they’ve announced series developer Overkill will be once again be putting out new Payday 2 content. Support for the game originally ended in December 2018, but it seems Starbreeze is returning to a reliable source of income as they attempt to get back on solid ground.

Starbreeze is also changing the way they’re selling Payday 2. Previously, they were offering Payday 2: Ultimate Edition, which gave players access to all existing and future DLC for free. This is being replaced by Payday 2: Legacy Edition, which includes all past DLC, but will require players to pay extra for some future content. Starbreeze will also once again offer a standalone version the game and let people buy individual DLC packs à la carte. Here's your official Payday 2: Legacy Edition description:

More than five years of DLC content in one massive bundle! Whether you’re a new player itching to dive into the Payday 2 experience for the first time, or a blooded heister looking for new adventures in crime, the Payday 2: Legacy Collection will provide many hours of intense and exciting action.

It will be interesting to see if Starbreeze can pull off their inspiring comeback. Will people be interested in buying new content for a six-year-old game? It remains to be seen.

Payback 2 is available on PC, Xbox One, PS4, and Nintendo Switch.