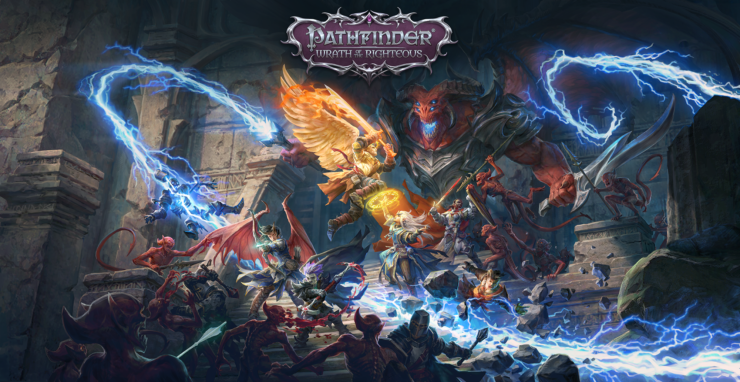 Two months ago I wrote about the Pathfinder: Wrath of the Righteous game having been announced by Owlcat Games and then securing $1m of funding to allow the developers to go it completely alone. It seems, however, that the studio doesn't have the complete funding to get the game to the level it wants without a little extra. That's where Kickstarter comes in.

Pathfinder: Wrath of the Righteous launched on Kickstarter today with a target of $300,000 and is set to absolutely demolish the target, with it already having reached $200,000 in pledges. This is the first day of the campaign and it's two thirds there already. This shouldn't come as a great surprise because Owlcat Games has certainly proven their ability with the great release that was Pathfinder: Kingmaker. Another Pathfinder by the same developers? It seems you can count another 3,131 people in, in addition to myself.

So why Kickstarter? Well, the project itself explicitly states why:

In order to execute our creative vision in the way it deserves, we need your help. This additional budget will allow the team to develop more complex reactions to progressing on a certain path and expand each Mythic Path into a truly unique experience, with exclusive story branches and character abilities that influence the world around you.

Our Goal of $300,000 will allow us to make Wrath of the Righteous a game of the scale and quality we’ve been dreaming of.

I've got no complaints. This is exactly what Kickstarter is for. What I really like about this Kickstarter is that the promises are simple and there is a singular goal, no 'stretch goals' which could very easily creature feature creep. The closes we have to stretch goals isn't for money, it's for increased social presence and the increased offerings are minimal at the most, but likely more than worth it for those who are looking forward to Pathfinder: Wrath of the Righteous. 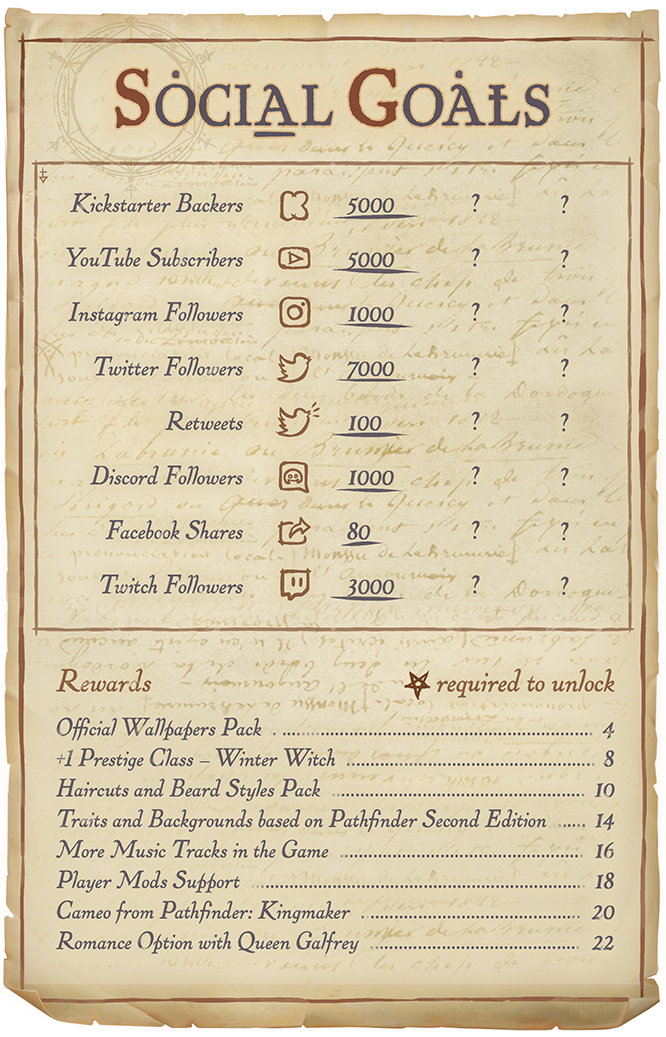 With little rewards like wallpapers, haircuts and beards as well as romance options with a queen, available for all should they be unlocked, It's something that all fans of the series and those looking forward to the game should be striving towards. Naturally, the media attention increases the chance of extra backers for the project, getting Pathfinder: Wrath of the Righteous that step closer to reality.

The Pathfinder: Wrath of the Righteous Kickstarter will end on the 11th of March and with a scheduled release, or launch of the game, in June 2021. It is set to launch on Steam and GOG, in multiple languages.